Harrisburg has again extended its eviction moratorium for 30 days, citing the hardships many are facing amid the pandemic. 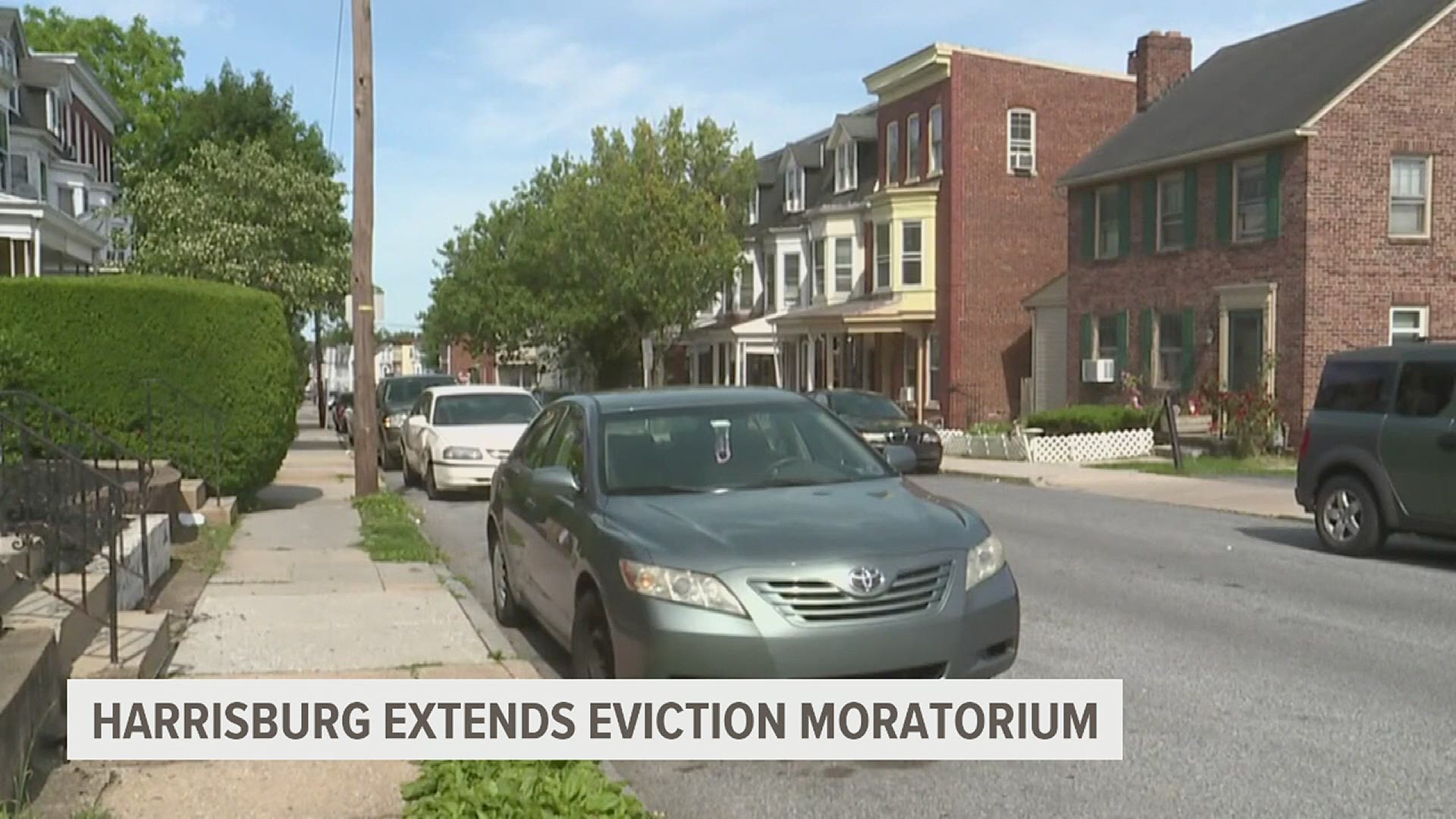 HARRISBURG, Pa. — Harrisburg has again extended its eviction moratorium for 30 days, citing the hardships many are facing amid the pandemic.

As of Feb. 1, 176,943 Pennsylvanians already behind on rent or mortgage payments say they will likely face eviction or foreclosure in the next two months, according to a U.S. Census survey.

Harrisburg has twice extended its halt on rent evictions since the federal moratorium expired in January.

Through March 16, Harrisburg tenants cannot be evicted for falling behind on rent.

“It is important that we continue this eviction moratorium for the health and safety of our residents during these difficult times.”

The renewable 30-day suspension of evictions only applies to eviction for non-payment of rent. It has no effect on evictions related to criminal activity, threats to the health and safety of other residents or damage to property. Tenants must still pay rent.

The city is also working to help low-income renters beyond the pandemic.

“There are so many different aspects to affordable housing program and we are building on that program. Right now our focus is on the supply side… We’re dealing with incentivizing development,” said Harrisburg Director of Economic Development Nona Watson.

The program would encourage developers to make a certain percentage of their housing project affordable units, through incentives like tax abatements and zoning relief. Additionally, the city will approve necessary street vacation applications.

“I’d like to look at a realistic range beginning possibly at 30 percent, since that seems to be around what some potential developments are using that range comfortably,” said City Councilperson Danielle Bowers.

Council members said they intended to vote on the bill soon after reviewing amendments, possibly in the next few weeks.