The president's son will make an appearance at the Blue Ridge Sportsman Club on Wednesday, Sept. 16. 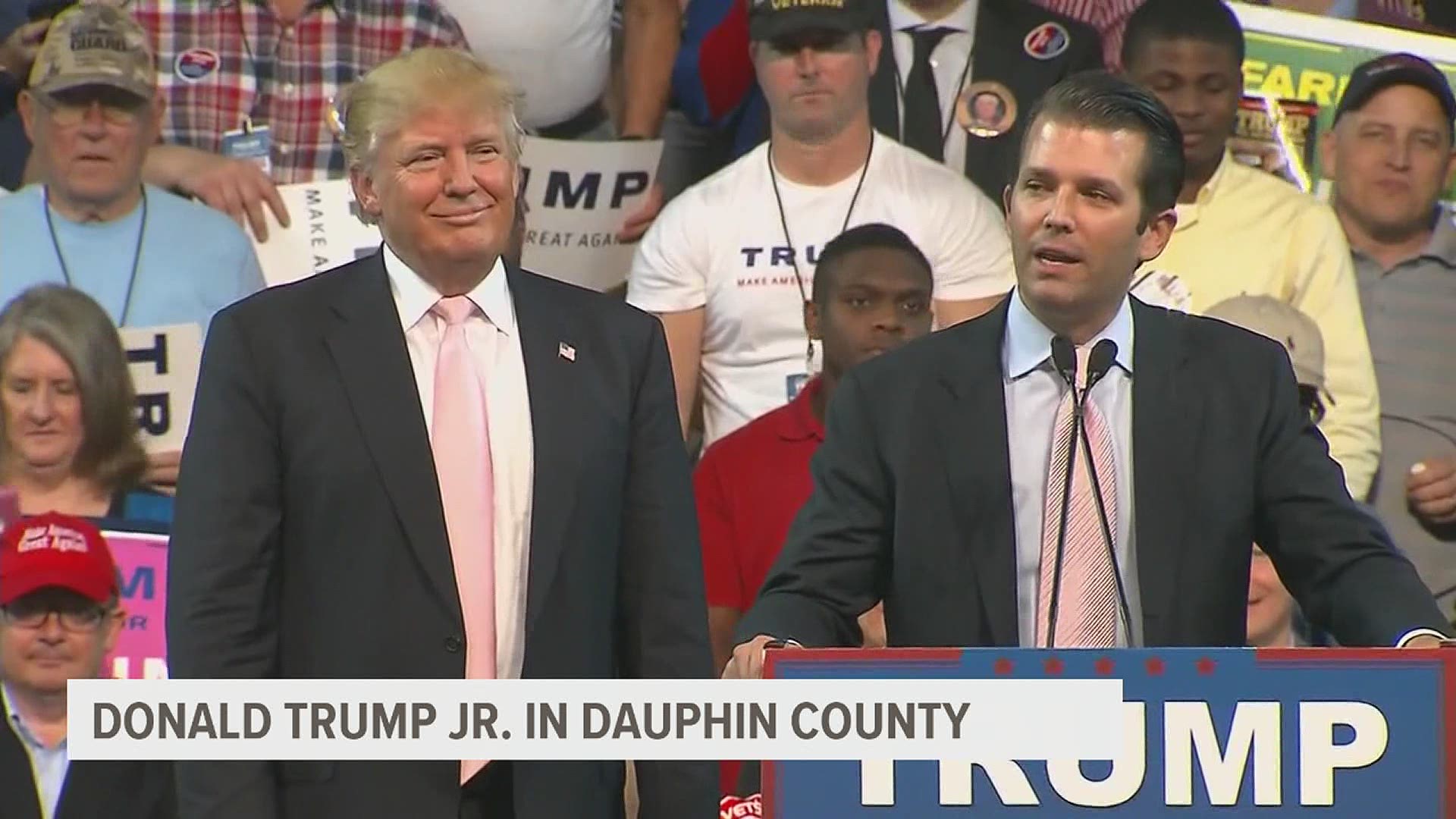 Trump Jr. will appear at the Blue Ridge Sportsman Club at 1176 N. Fairville Ave. in Harrisburg on Wednesday, Sept. 16.

Go here to register for tickets.

The campaign event is scheduled to kick off at 2 p.m.

The visit will be one of five "Make America Great Again" events the president's son will attend next week.

The other stops will be in Iowa, Wisconsin, Michigan, and Georgia, the Trump campaign said.

Pennsylvania has already hosted several campaign events over the last few months, both republican and democratic.

This goes to show the key role the commonwealth plays in the presidential election, which has 20 electoral votes.