The USCCB is urging Catholics to avoid taking the Johnson & Johnson vaccine after it raised moral concerns over its development. 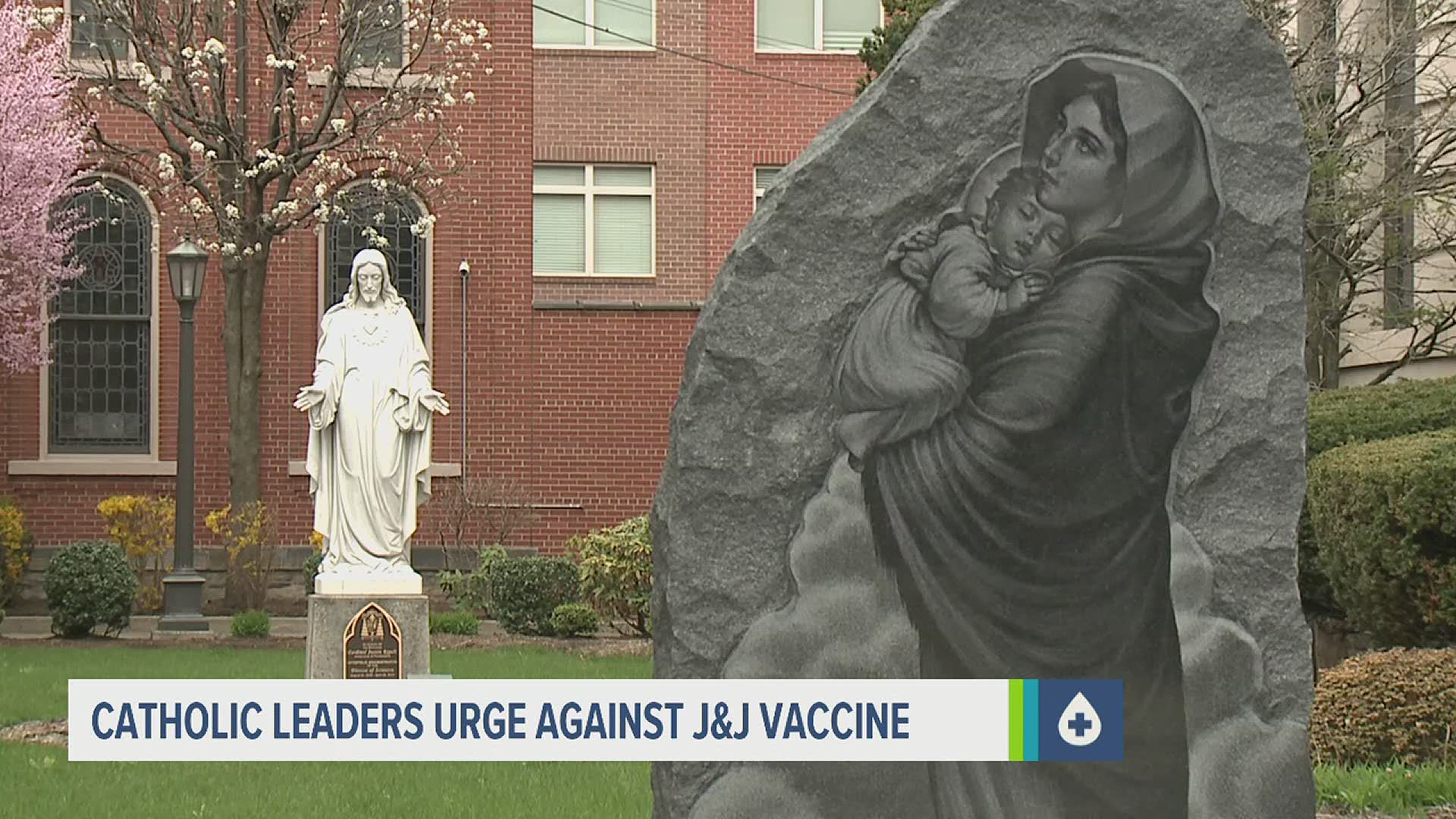 HARRISBURG, Pa. — The Diocese of Harrisburg announced its support for the position of the United States Conference of Bishops (USCCB)’s on the Johnson & Johnson vaccine.

The USCCB is urging Catholics to avoid taking the Johnson & Johnson vaccine after it raised moral concerns over its development.

The vaccine was produced using a cell line derived from tissue of fetuses aborted in the 1970s and 1980s.

USCCB wrote in a release,

“If one has the ability to choose a vaccine, Pfizer or Moderna’s vaccines should be chosen over Johnson & Johnson’s.”

“It is completely irresponsible, particularly for the Catholic church, to be telling their followers not to engage in the getting the vaccination,” said State Rep. Ryan Bizzarro (D-Erie), chairman of the House Democratic Policy Committee.

Bizzarro, who is Catholic, wrote an op-ed in the Beaver Countian criticizing the announcement and describing how he pairs medicine and religion in his own life.

“I am a product of clinical trials, medicine and miracles. I’m a cancer survivor,” he said.

The diocese’s position will result in fewer people getting the vaccine and more people dying, Bizzarro said.

“Because we see religion playing such a big role in people’s lives that this will have an impact and some people will take it as gospel,” he said. “No pun intended, they will.”

The USCCB’s statement is at odds with the Vatican in Rome, which says vaccines “can be used in good conscience” given their remote connection to the original abortion and the severity of the pandemic.

“Because the Pope knows that more folks need to get this vaccination. He is actually valuing people’s lives over this half-baked form of Catholicism that they want to run on here in the United States,” Bizzarro said.

Pope Francis took the Pfizer vaccine, and last month the governor of Vatican City said employees who don’t take the vaccine could be sanctioned or fired.