“This judge that has no idea how many lives he has in his hands right now that are at pause," said Cruz. 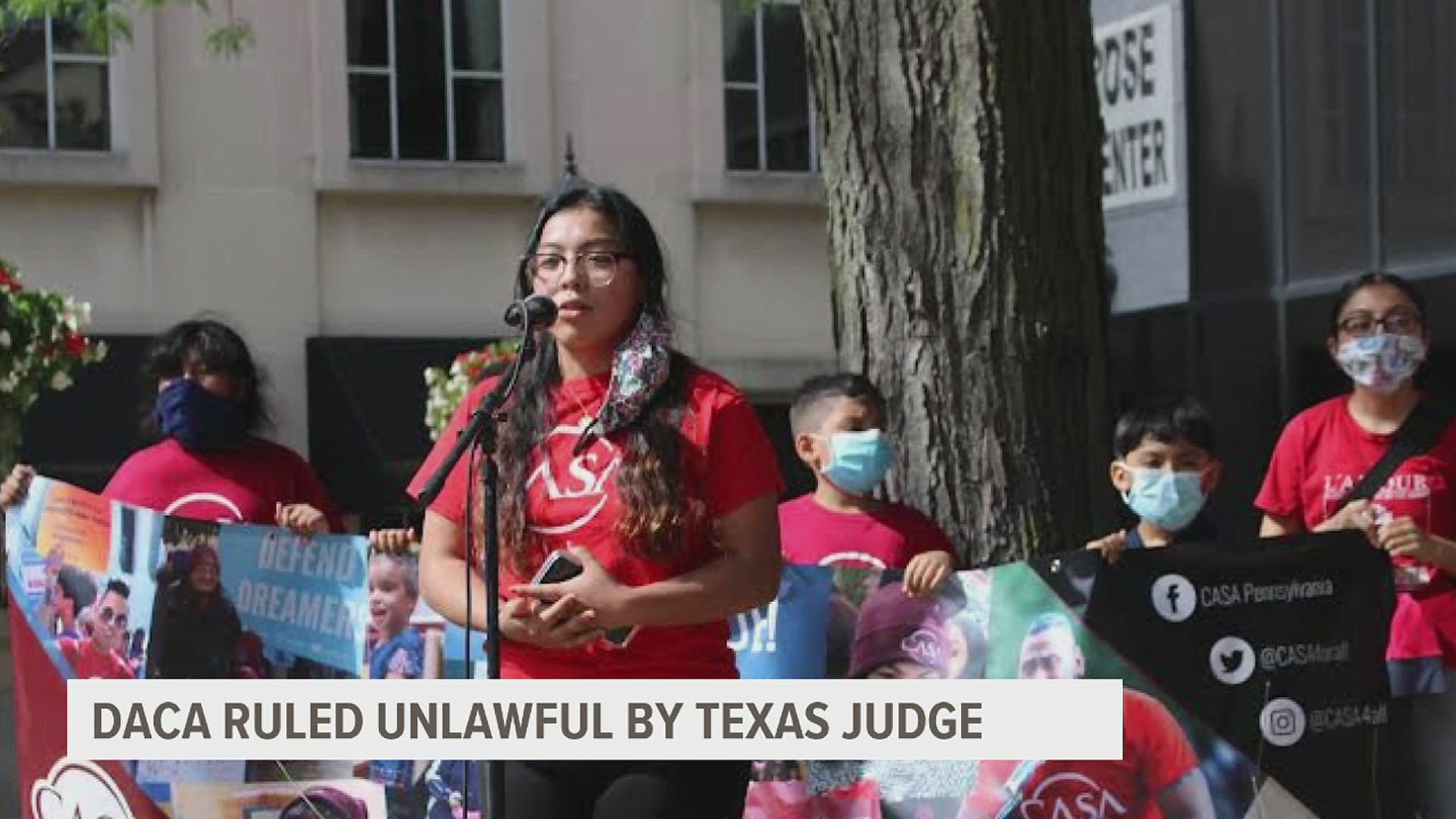 YORK, Pa. — Yatciri Cruz and her family  arrived to the United States from Mexico when she was 9 months old.

“I received my DACA when I was 16 years old. I’m currently 20, so I’ve been with DACA for...I think this is my third renewal," said Cruz.

Last week, a Texas based federal judge ruled DACA unlawful, putting a halt on new applications for undocumented immigrants who arrived in the US as children.

They are commonly called dreamers and have been protected under DACA since the Obama administration.

“This judge that has no idea how many lives he has in his hands right now that are at pause," said Cruz.

"I think this is an issue that everyone should be aware of and understand. And I think that the message that we're putting out there is that folks need to contact their members of congress, especially in the senate but also in the house, and give the message loud and clear that we need permanent relief," said Nicholas Katz, a Legal Director at CASA.

Those who already have DACA protection can still submit applications to renew their permits. But that still doesn’t bring Cruz  peace of mind.

“DACA is temporary. It’s nothing permanent and we still have to live with that fear," said Cruz.

Cruz says being American is all she knows.

Thousands of undocumented immigrants face uncertainy after a US District Judge ruled DACA as unlawful. On @fox43 news at 10, we'll hear from a DACA recipient who feels anxious about the future of the program. pic.twitter.com/YhQtacLMG2