The Pennsylvania Farm Show powdered sugar potato donuts available for purchase can be found in the bakery section of GIANT and Karns Foods stores beginning Jan. 8. 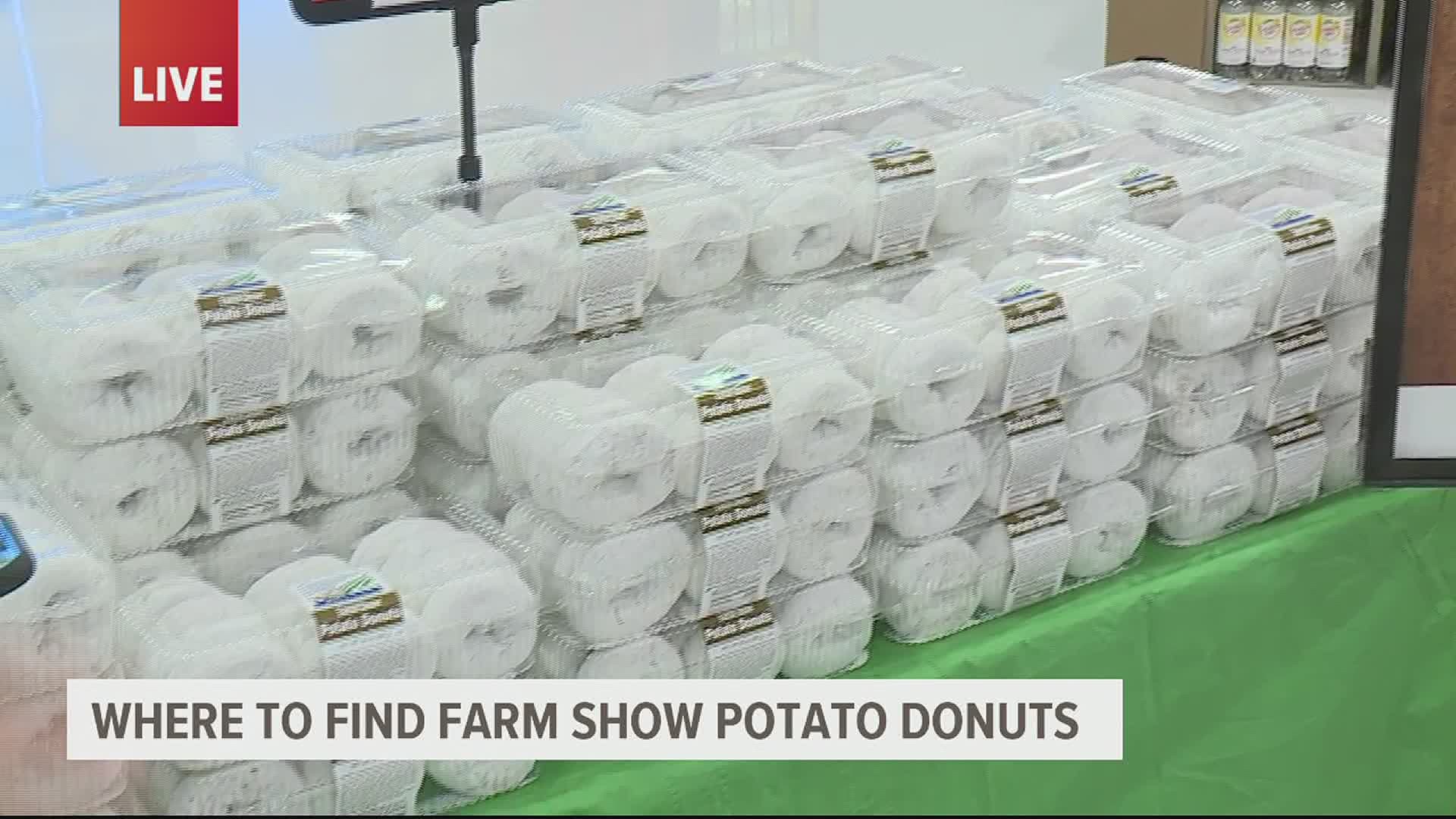 One of the many drawbacks to the virtual format of this year's Pennsylvania Farm Show is the lack of access to the Food Court -- and the delicious goodies therein.

Those who shop at GIANT Food Store or Karns Foods locations in the Harrisburg area might be able to get their hands on one delicious Farm Show treat.

The Pennsylvania Co-Operative of Potato Growers announced Monday that customers will be able to purchase fresh potato donuts at local GIANT and Karns Foods stores in the Harrisburg area during the week of the 105th Pennsylvania Farm Show, which will be held virtually from Jan. 9-16.

A limited supply of Pennsylvania Farm Show powdered sugar potato donuts will be available for purchase at the following locations.

“Each year, The GIANT Company looks forward to being a part of the Pennsylvania Farm Show and celebrating an industry that we love,” said Serena Corrigan, regional marketing manager of the GIANT Company. “We’re proud to be a part of this year’s virtual event and we’re especially excited to be able to bring a taste of the Farm Show to our customers in the Harrisburg area by offering the Pennsylvania Co-Operative Potato Growers’ famed donuts – while supplies last!”

“Karns Foods is excited to be working with the Pennsylvania Co-Operative Potato Growers to make their famous potato donuts available at all of our locations,” said Andrea Karns, vice president of marketing and sales, Karns Foods. “Pennsylvania agriculture is such a key part of our state’s culture and this is a delicious way to celebrate it.”

This year’s show will take place through a virtual format due to the ongoing efforts to mitigate the spread of the novel Coronavirus (COVID-19) and keeping public health a top priority.

“The work the Pennsylvania Co-Operative Potato Growers have done to make Farm Show potato donuts a reality during such a non-traditional year is proof that innovation is alive and well in Pennsylvania’s agriculture industry,” said Pennsylvania Agriculture Secretary Russell Redding. “Providing Pennsylvanians an opportunity to taste this traditional Farm Show treat will offer comfort to many this January. The food court is one of the most talked about and relatable parts of the annual show. It represents everything growers, producers, and culinary experts work toward: putting the best possible food on your plate.”