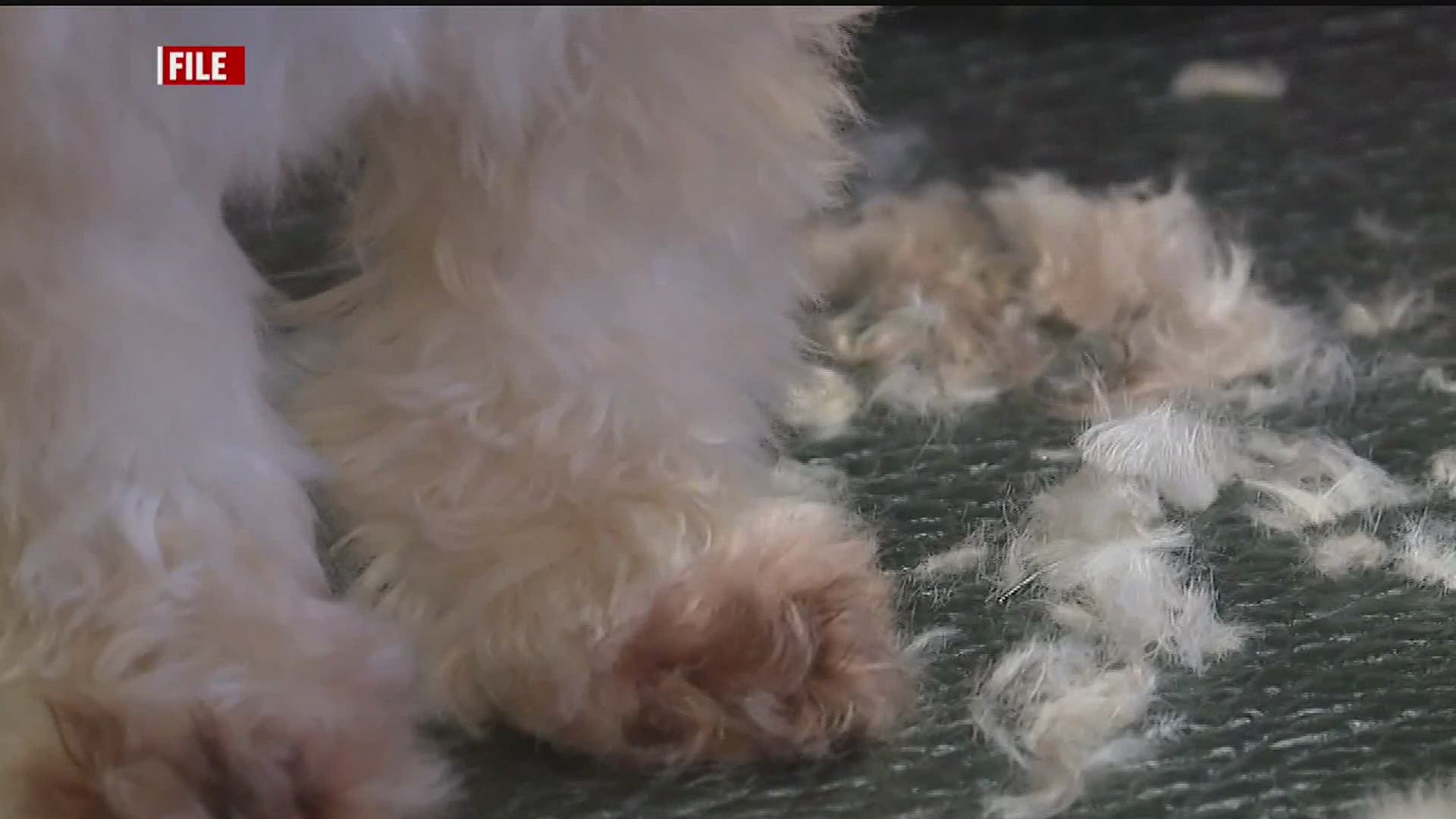 CAMP HILL, Pa. — The lights are off at Compassionate Groom & Spa in Lower Allen Township, Cumberland County. Like many businesses, it is not considered essential during this time but, is now asking the Pennsylvania Department of Community and Economic Development to reconsider.

"All groomers, we're all in the same boat, and feeling the same way that money is important, that's not really so much what any of us are concerned about right now," said Michelle Hall, Compassionate Groom & Spa Owner. "It's definitely the well-being of the pets."

Hall has filed two waivers with reasons why she should be allowed to operate her business. Both were denied.

"The biggest thing I was trying to explain is we are asking owners to neglect their pets," said Hall. "Not abuse. Neglect and abuse are definitely different things, but neglect their pets because a lot of these long haired dogs, especially the doodle, labradoodles and goldendoodles, these coats get so matted and tangled very quickly."

Hall says, matting and overgrown nails can quickly become health problems fro animals leading to infections and can become even worse if owners try to fix them on their own.

"Overall, you don't want to take scissors to those mats because the issue with matting is the skin can get folded and tied into those mats which is why they're painful and you may not known exactly where the skin is like you think you do," said Hall.

Hall is hoping the officials in charge of granting waivers reconsider, even if it means strict guidelines for groomers to follow.

"I said we would do curbside only, no clients in the facility period. Cards on file, we take payment directly through our system or through the phone," said Hall. "Even if they want to add really strict guidelines, I think groomers across the board would be willing to accommodate that to provide the services their pets need."

Hall says, if your pet is becoming matted or its nails are overgrown, you can try to get them seen by your vet. They are able to provide very basic grooming services.