Roswell restaurant Cristy’s Kitchen has been flooded with support after a social media post about the owners by the Humans of New York went viral. 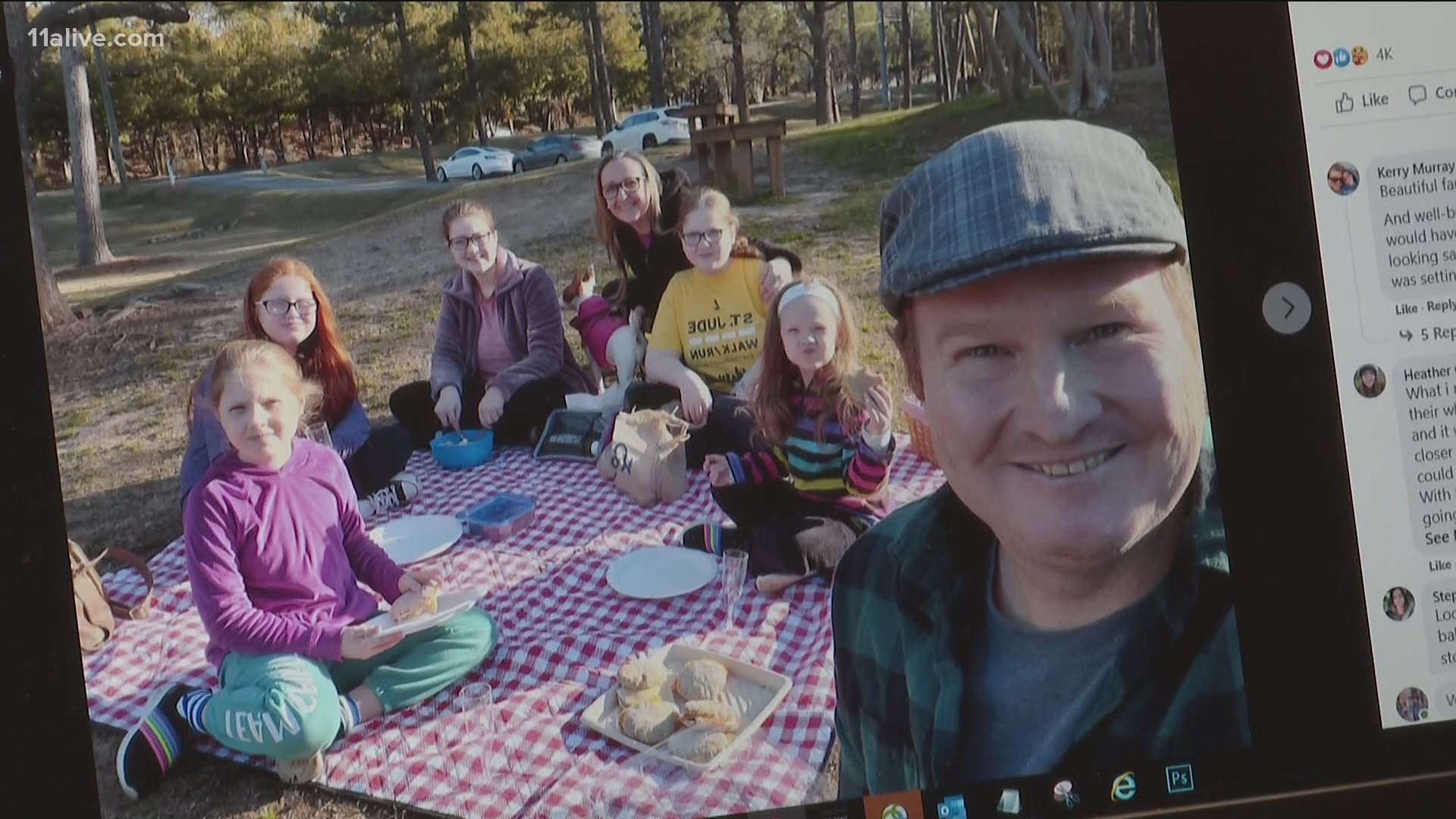 ROSWELL, Ga. — It started with some gluten free muffins, a dairy free lunch...

The owners of Cristy's Kitchen in Roswell, Georgia -- Cristy Kisner and Sebastian Gracey -- had no idea they were serving a famous author who has an audience of millions online. They were just trying to serve allergy-free food at their small café.

But when Brandon Stanton, creator of the wildly popular Humans of New York website with a huge social media following, heard their story -- he knew he wanted to share it with the world.

With $10,000 in their pockets, the couple moved from Peru to open a restaurant in Georgia. Since opening their doors in December 2019, Cristy and Sebastian have only taken three days off. They would work 16-hour shifts most days, because they believed in what they were doing.

But shortly after they opened their doors, the coronavirus pandemic hit close to home. And as the pandemic dragged on, the pair started running out of hope.

"You don't want to show everyone that things are going so wrong. So you stay by yourself," said Sebastian.

(1/12) “We arrived here with $10,000. By the time we paid for the paperwork, and the lease, there was no money left to open a restaurant. But right away we were given hope—a potential investor. He was a friend of a friend..." pic.twitter.com/qKkLKbVCBk

They have five daughters and their family was running Cristy's Kitchen alone.

The girls would help in the kitchen on the weekends and during the week, they would do their homework in the back room. They slept on mattresses on the floor, and Cristy said everyone in the family only had one towel.

It was hard and they were tired.

So when their customer, Brandon Stanton, who runs the Humans of New York website wanted to share their story and set up a fundraiser, they were hesitant.

"It's scary, the social media is scary. People only want to post beautiful things, their fake life, and I was very scared of that," said Cristy.

Scared because their history has a lot to it. They had to declare bankruptcy in Peru after Sebastian had a heart attack, they lost everything.

"I'm in the ambulance with Cristy thinking, I am dying. I'm dying for a business, all the stress," he said. And their girls had a lot of health problems.

The whole reason Cristy started cooking was to help make sure her kids were eating healthy, wholesome food.

Sebastian recovered from his heart attack, and the girls started getting better as Cristy improved her recipes.

They cut out gluten and dairy and used only healthy ingredients.

(6/12) “I could always tell when Sebastian’s furniture company was struggling. Because he talks to himself very loudly. Even in the other room I can hear him: ‘Please God, how do I fix this? What am I going to do?’ And around the time Camila became a teenager..." pic.twitter.com/hPrMoBxaGd

That's where the dream came from to start Cristy's Kitchen. She wanted to help other people heal.

But after moving to America and setting up shop, it was still so hard. Their investor pulled out and they were basically broke with just $200 cash left in Cristy's purse.

"Sometimes God asks you for everything. It's not just doing your best, it's all," said Sebastian. "So I told Cristy, I'm sorry, it was an emotional moment of faith, I choose to trust in God. So here is my last $200. I don't know how it's going to run."

They kept showing up and working hard every day. They kept their doors open.

When the Humans of New York post went up telling their story and asking for support, they couldn't believe the response.

The GoFundMe set up by Brandon Stanton and the Humans of New York went viral, collecting more than $1.2 million to help the family.

"We have to return to these people all of the miracles and the blessings. They're calling and texting, and we have to be here for them. We have to," she said.

Cristy and Sebastian say they are still trying to catch their breath from everything that's happened. While they're talking about what comes next, they say they will start by taking a day off.