COVID-19 test that can be given anywhere, anytime, by anyone is in development in PA

OraSure Technologies is hopeful the 'rapid' self-test for COVID-19 will be out by the end of the year. 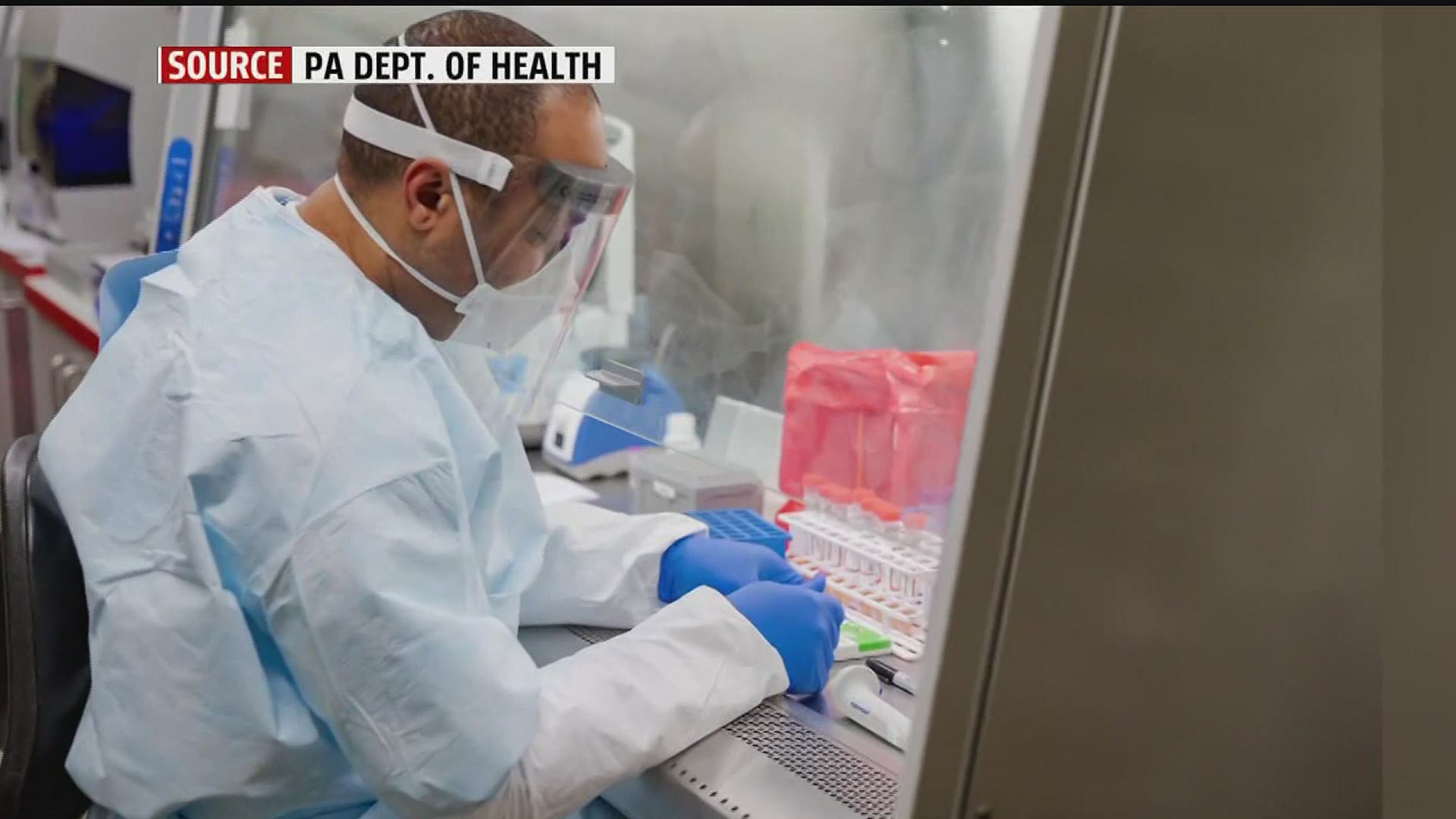 A rapid COVID-19 test that can be administered anywhere, anytime, and by anyone is in development in Pennsylvania and it could be released by the end of the year.

OraSure, based in Bethlehem, is promising a rapid antigen self-test that would detect current infections without the need to transport samples to a lab or to use other instruments. The company said the technology would be a 'game changer' that would allow anyone to easily self-collect a sample and read the results in a short amount of time.

“One of the keys to stopping the spread of COVID-19 is expanding access to testing,” Secretary of Health Dr. Rachel Levine said, who added the state is currently testing around 4% of the population every month.

The Governor acknowledged that currently tests results are still taking 'longer' to get back as he said "in many cases the wait can be up to 2 weeks."

Governor Tom Wolf said one reason the tests results take time to receive is that the national testing services are prioritizing states that are considered hot spots.

"We're not a hot spot. The hot spots are getting priority," said Gov. Wolf.

Orasure also plans to develop a second test that will detect antibodies which signal a person who has had a previous COVID-19 infection.

Meantime, the rapid antigen test will be submitted to the Food and Drug Administration (FDA) for Emergency Use Authorization for approval to then debut into the U.S. market. The company hopes that will happen by the end of the year.

OraSure plans to expand its manufacturing operations in the Lehigh Valley to create 177 new jobs while also retaining 233 jobs. The company received a funding proposal from the Department of Community and Economic Development (DCED) for a $531,000 Pennsylvania First grant and $531,000 in Job Creation Tax Credits to be distributed upon creation of the new jobs. The state said the company may also be eligible for the Manufacturing Tax Credit (MTC) program and the Research and Development (R&D) Tax Credit program. The project was coordinated by the Governor’s Action Team, a group of economic development professionals who work with businesses that are considering locating or expanding in Pennsylvania. The company has pledged to invest $7.5 million into the project.