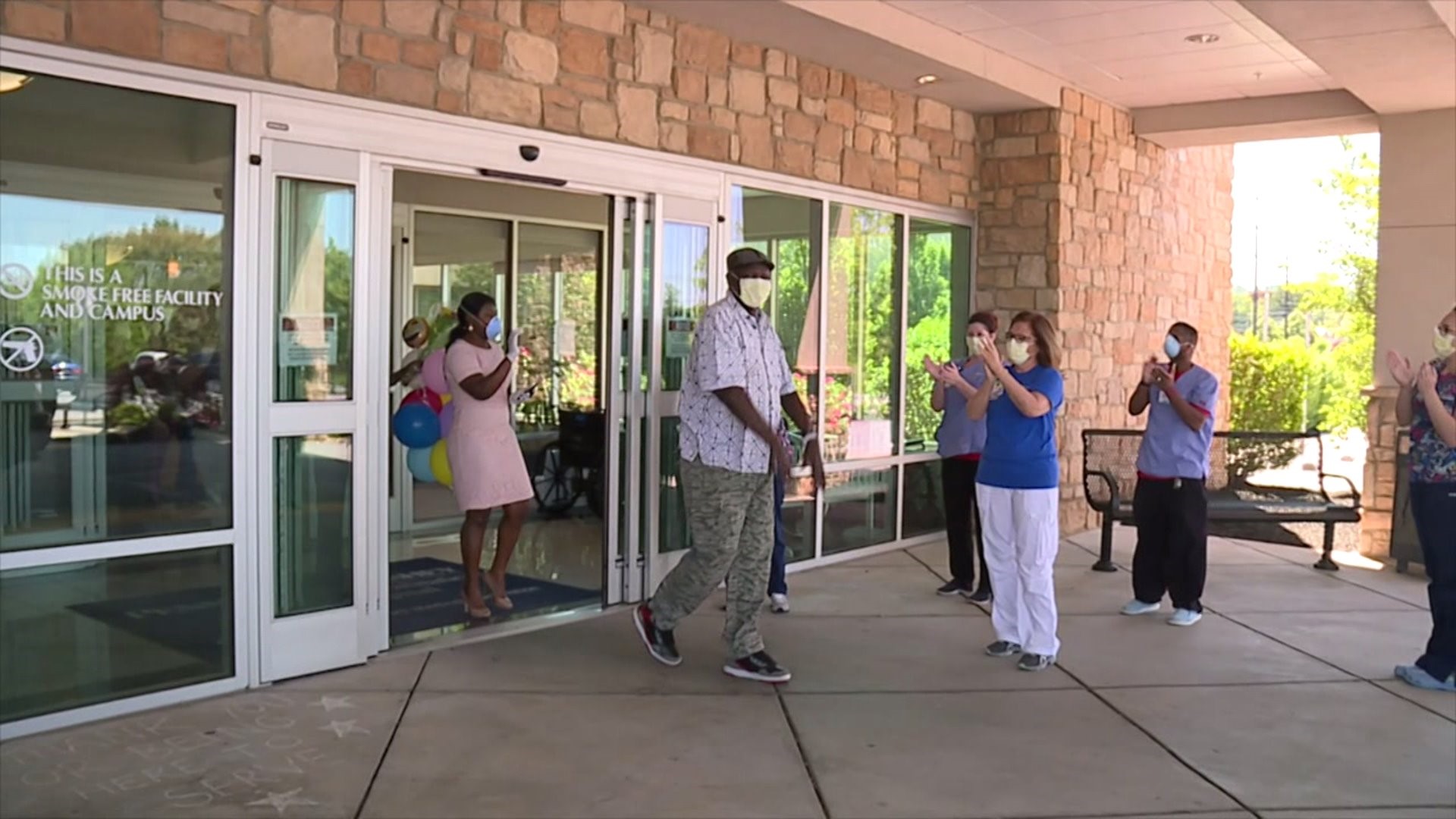 DAUPHIN COUNTY, Pa. — A patient who has spent nearly 70 days in the hospital recovering from COVID 19 is finally heading home, and he got a big send-off.

"Oh my gosh, I'm extremely excited," Ogwa said. "I just thank God that I'm back to who I was before."

Ogwa is from Texas, but got stuck in Pennsylvania, thousands of miles away from home, after learning he had COVID-19 while traveling. The 63-year-old long haul trucker was returning to Texas from Massachusetts more than two months ago, when he stopped for dinner one night in Hershey.

That's when he felt sick and short of breath.

"I was on the verge of dying," Ogwa said.

"He was only able to sit on the side of the bed when he left the med center because he was so deconditioned from being hospitalized for a month and being on the ventilator," Jeff Seltzer, Hospital Clinical Liaison at Penn State Health Rehabilitation Hospital, said.

After spending more than 70 days at both Penn State Health Rehabilitation Hospital and Penn State Hershey Medical Center, it's safe to say Ogwa made some special friends.

"When you see somebody every day and cares about you every day, you just begin to like him or her," Ogwa said. "And that's why I promised them that in the future I will just come back here to talk, and make sure I say hi to them."

"It's a very personal connection that our health care workers find with their patients," Shell Eckenroth, Select Medical Sr. Vice President of Communications, said. "So when they see them walk out it's almost like seeing a family member walk out the door."

And Ogwa's real family got to see it too. Long awaited clapping and cheering were met with waves, kisses, and even a bow.

"I've never seen this," Ogwa said. "Everybody loved me. And that was just a great send off."

Now that he's out of the hospital, Ogwa said he plans to work and spend a lot of time with family.