The Pennsylvania Supreme Court ruled mail-in ballots can be accepted the three days following the election, so long they are post marked by Nov. 3rd. 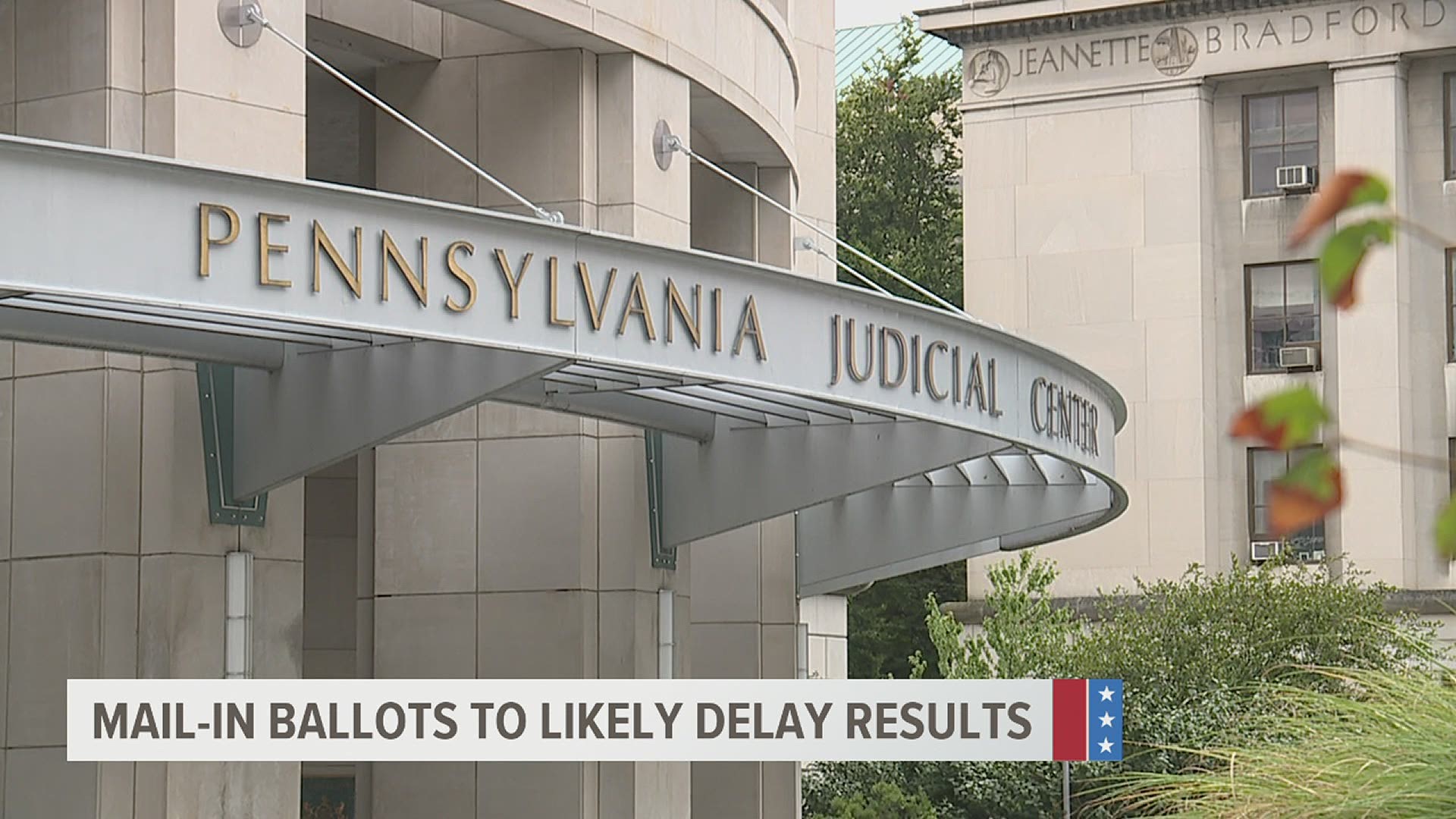 HARRISBURG, Pa. — The latest Pennsylvania Supreme Court ruling will allow ballots to be counted if they are postmarked by November 3rd and received within three days after Election Day. That has county election officials preparing for what could be a long election week.

"It's always been Election Day," said Dauphin County Commissioner Mike Pries. "But with the [PA] Supreme Court decision it will be election week."

This Election Day is likely going to look different than years past, with no excuse mail-in voting & counting ballots...

"We certainly want to count all votes but it's going to delay calculating the results," said Pries.

Lebanon County is also expecting 35,000 people to vote by mail this election. So far, 14,000 mail-in ballot applications have been requested which is higher than the 13,000 people who voted by mail in the June 2nd primary. Typically, Lebanon County received about 4,000 absentee ballots.

"I think spotlight will be on election offices," said Lebanon County Director of Elections Michael Anderson.

Anderson hopes people will understand delayed results do not mean there is any less integrity or accuracy in the election, but encourages voters to get their mail-in ballots in as soon as possible.

"Once you get your ballot," said Anderson. "Fill it out, mail it in and get it to us."