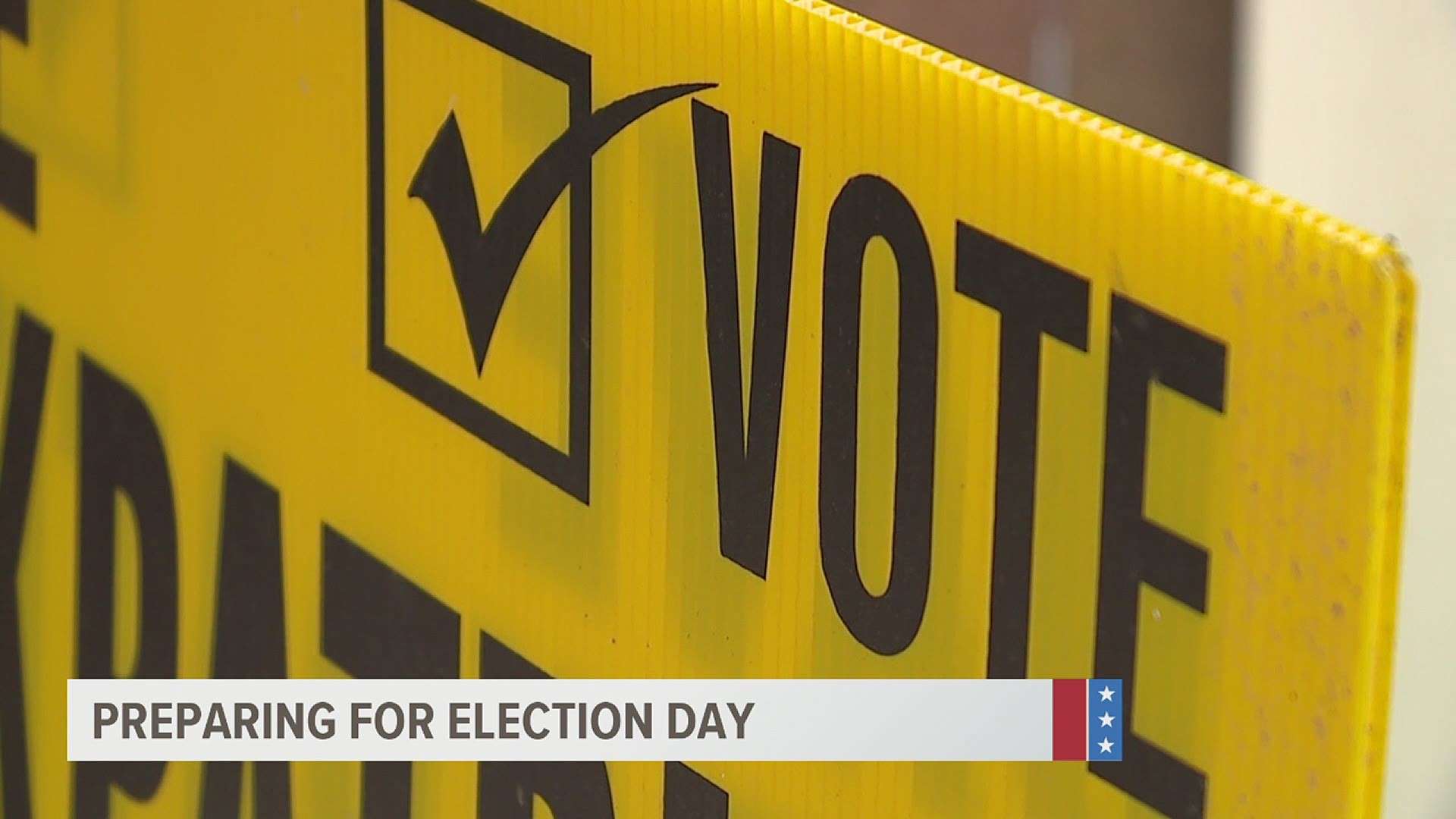 HARRISBURG, Pa. — The November 3rd election is 54 days away and county officials are already busy preparing for what is expected to be a day like never before.

"There's just a lot of stuff up in the air still," said Michael Anderson, Lebanon County Director of Elections.

Some county officials are looking to state lawmakers and Governor Tom Wolf to improve issues expected to impact this election.

"We need both the legislature and governor to work together," said Dauphin County Commissioner Mike Pries.

"We got deluged with paper applications about three weeks ago," said Anderson. 'And it hasn't let up."

Lebanon County is expecting to receive 35,000 mail-in ballots, and Dauphin County's expecting as many as 80,000. Anderson and Pries says, allowing county election offices to begin the pre-canvassing process of those ballots before 7 a.m. on Election Day would be a huge help.

"It would make the process more efficient if we were able to start counting them earlier," said Pries. "If we can't start until Election Day, I highly doubt we are going to get everything counted by midnight, November 3rd. It could take several days."

The other issue Anderson and Pries hope is addressed by state leaders is the mail-in ballot application deadline. Currently, it's on October 27th, seven days before the election.

"It's not feasible for our office to process all the applications we get at the last minute," said Anderson. "And mail those ballots and have them back to us in seven days."

Both Anderson and Pries would like to see the mail-in ballot application moved to October 19th, which is also the deadline to register to vote.

"The last thing we want is folks to wait until October 27th because you never know for sure if you will get every thing and back into the county by November 3rd," said Pries. "So if they move it up to the 19th, it would give everybody plenty of time to have their votes counted."

A bill moving the mail-in ballot application deadline up and allow early pre-canvassing recently passed the general assembly but the Governor said he would veto it because of other stipulations in the bill like banning drop-off boxes for ballots.