HARRISBURG, Pa. — It’s a dark, rainy morning and a gang of seven young men and women turn the corner at 3rd and Hamilton Streets in Midtown Harrisbu... 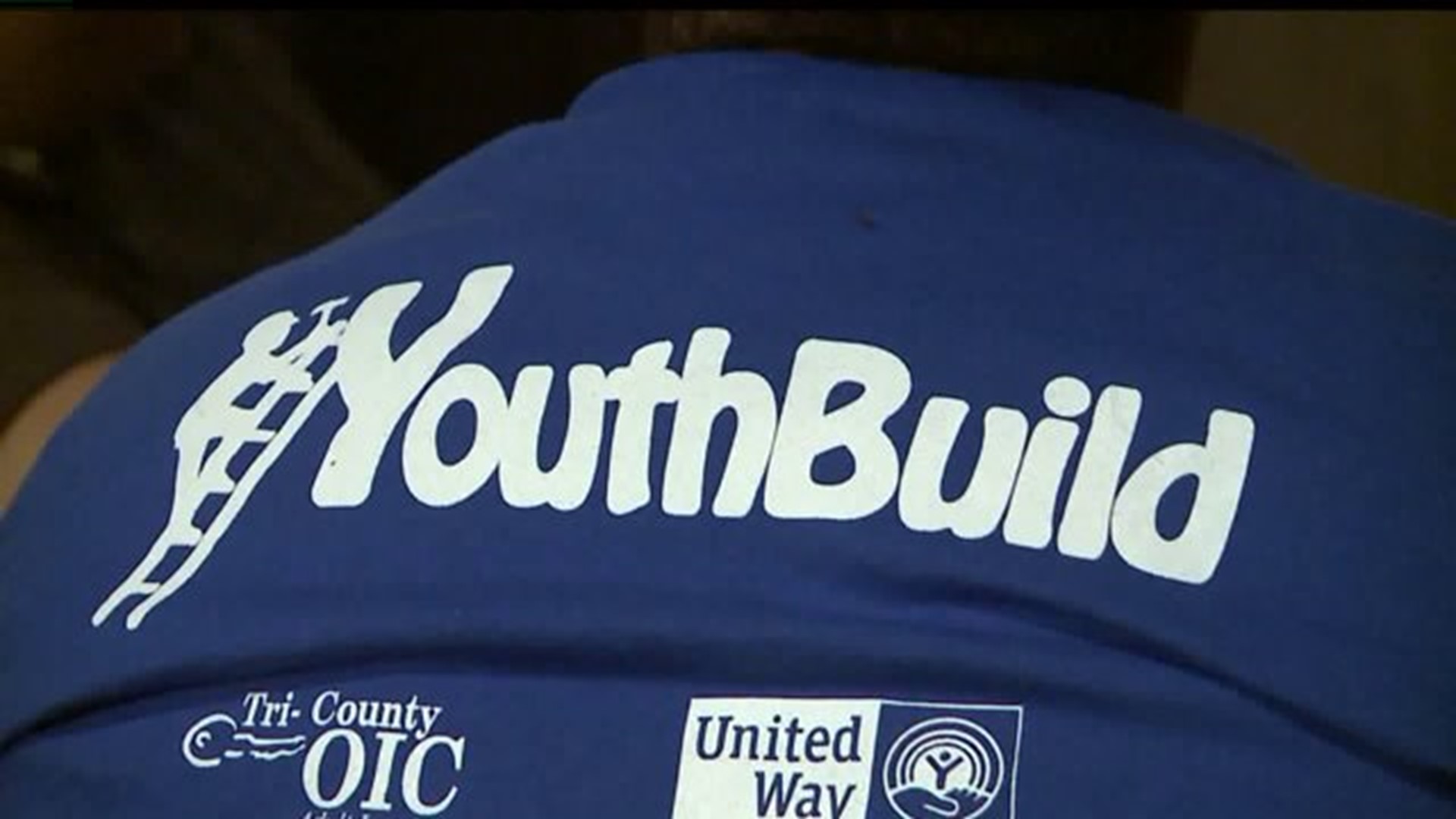 HARRISBURG, Pa. -- It's a dark, rainy morning and a gang of seven young men and women turn the corner at 3rd and Hamilton Streets in Midtown Harrisburg.

Instead of scowls, they wear smiles. Instead of weapons, they carry years of life experiences.

None of them were involved in the massive, videotaped street fight on 14th and Swatara Streets in late April, and yet, this group is arguably the toughest in all of Harrisburg.

"These are the soldiers. These are the ones who stuck through it," says Stewart Henretta, head coordinator for YouthBuild, a grant-based program from the Harrisburg YWCA which focuses on at-risk 18 to 24-year-olds and helps them get an education, both inside the classroom and out.

On this Friday, once the YouthBuild program meets at the Harrisburg Improv Theater, the focus is one of the city's biggest issues outside the classroom: Street violence.

With the help of city leaders, they analyzed the recent riot in South Allison Hill as a learning experience; identifying the roots of the conflict so they can figure out how to resolve future issues in the community.

"It’s the parents. It starts at home," said Angelica Fernandez, a 20-year-old in the YouthBuild program. "If you're teaching your kids to fight, they’re going to go out there and fight."

Fernandez said she was a bystander to a fight last summer when she was hit with a pole. This particular YouthBuild exercise hit home for her.

"I wish we could have other meetings like this so I can bring other teens I know who are in trouble, so they can hear this and learn," Fernandez said. "I'm going to go tell my sister, my brother, anyone who owns a gun or likes the violence, I'm going to tell them, 'This is not the way.'"

YouthBuild's students have been working together for the last nine months, according to Henretta. The group started with 18 people, and has since dwindled to 11.

"YouthBuild is not an easy program," Henretta said. "We expose them to a lot of different experiences."

Many of them, he added, pale in comparison to their own life experiences. Of the seven at the workshop Friday, some of them were single parents, struggling to take care of their children.

"Many of them don't have support systems," Henretta said. "They've all experienced violence in their lives. The knowledge they achieve will make themselves stronger and make their families stronger. It makes the community stronger."

They are working towards their General Equivalency Diploma and vocational degree through Harrisburg Area Community College.