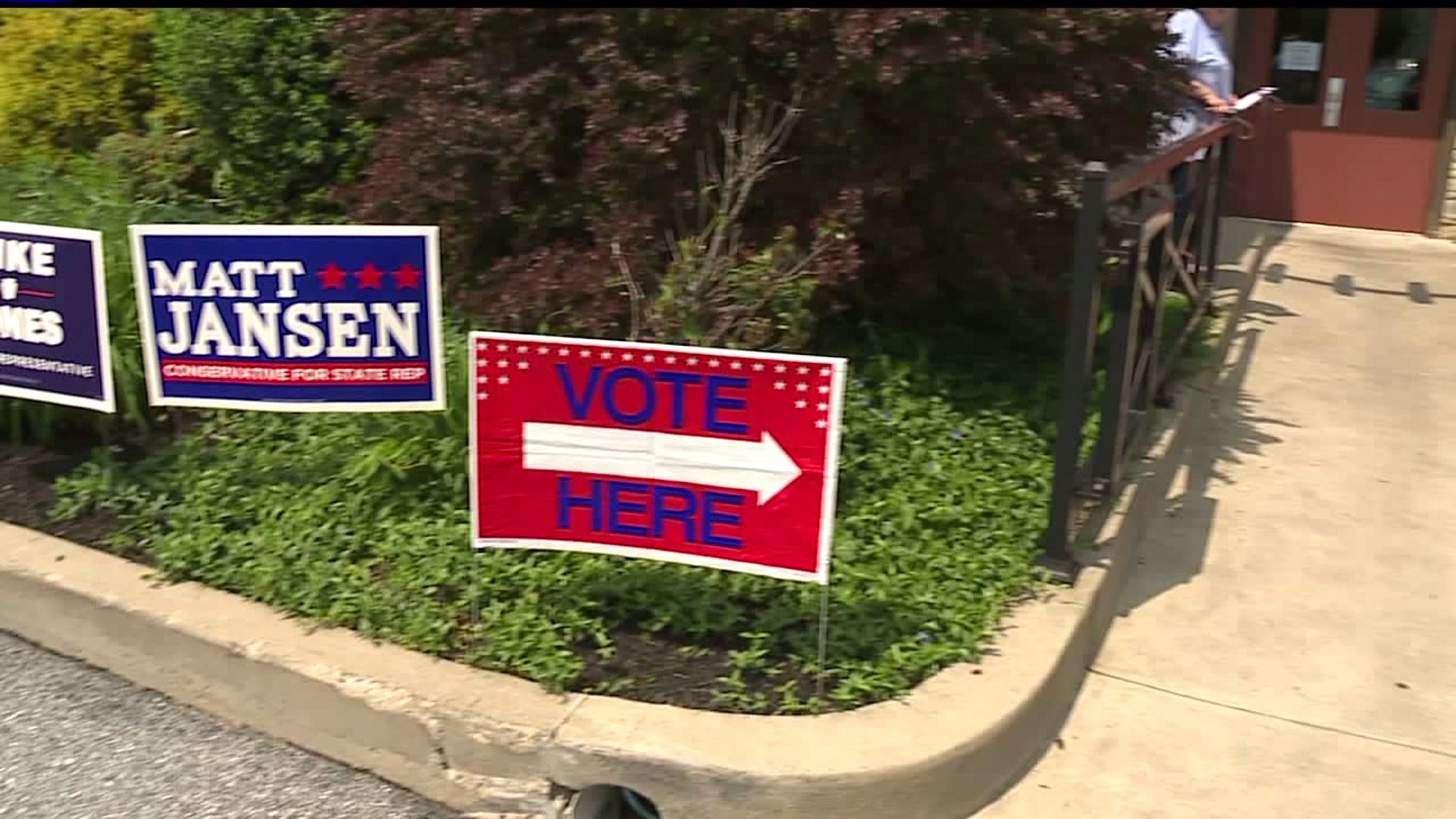 For voters at ‘Lion’s Pride Restaurant’ in York Township, many weren’t too happy after they were told voting machine card readers were down for about an hour Tuesday morning.

“The machines weren’t up and running until around 7:30 a.m. this morning," Said Glen J. Smith,  solicitor, York County Board of Elections. “We had provisional ballots there, however it’s been policy that we have 10 per party at each of the precincts, unfortunately there was more than 10 people for each of the parties that were there," he added.

The incident caused issues for more than 20 people — some who work outside of York County and could not make it back — and some even out of state.

“It was very frustrating, I felt bad for the people because they couldn’t vote, they had places to be, some people actually drove here from Maryland and had to go back to work," said Emmy Frost, campaign volunteer.

One of those voters, who wishes to keep her identity private says the whole ordeal was frustrating.

“It was a little disappointing," said one York Township voter. "We just thought we would get this done early because I had an appointment and we wanted to get this all done before the rain came," she added.

Luckily —  she was able to find some time to come back and cast her vote Tuesday afternoon.

As for those folks who aren’t able to make back by 8:00 p.m. deadline -- Glen Smith, with the York County Board of Elections says they are trying to do everything that they can to correct the situation.

“What we are able to do is identify a polling place that is located close to wherever that person is, so that if they need to, they can vote at a different polling location," said Smith.

If you are one of those people who had an issue voting in York Township today, you can contact the Department of Elections to get a provisional ballot.