YORK, Pa. – A car slammed into a pole, the driver was trapped inside and it caught on fire. York Township Fire Department chief 19, Nate Tracey, wa... 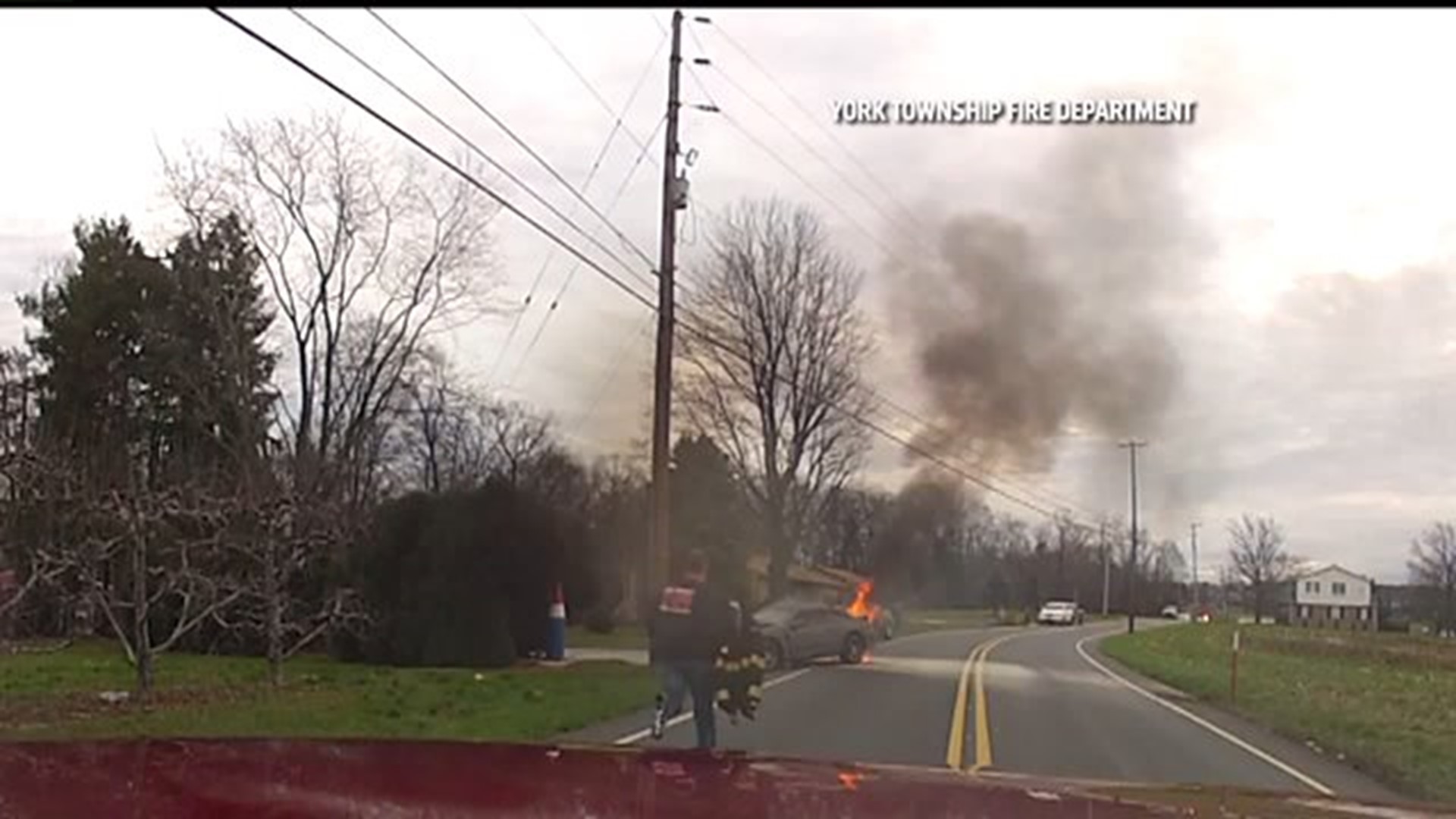 YORK, Pa. - A car slammed into a pole, the driver was trapped inside and it caught on fire. York Township Fire Department chief 19, Nate Tracey, was the first on scene. As he pulled up, he ran out of his truck and dragged the driver out of the car to safety. It happened Monday around 10:30am.

"This morning, the Rescue was dispatched for an MVA w/ entrapment on Indian Rock Dam Road. Chief 19 arrived first to find an unconscious occupant still in the involved with fire vehicle. Chief 19 removed (him) and then provided patient care to the occupant as the Rescue arrived to search the vehicle for other occupants and extinguish the fire using water cans and dry powder extinguishers. The sole occupant was transported to the hospital, and crews cleared in about an hour."

Chief Tracey is humble and does not want the attention. Engine Lieutenant Zachary Senft arrived at the call moments after Tracey. He and the crew made sure no one else was in the car and put out the flames. Now, watching the video of Tracey, Senft is impressed.

"He just likes doing the job. He doesn’t want any publicity out of it. We all. That’s all we want is to run calls and do what we are trained to do," said Senft.