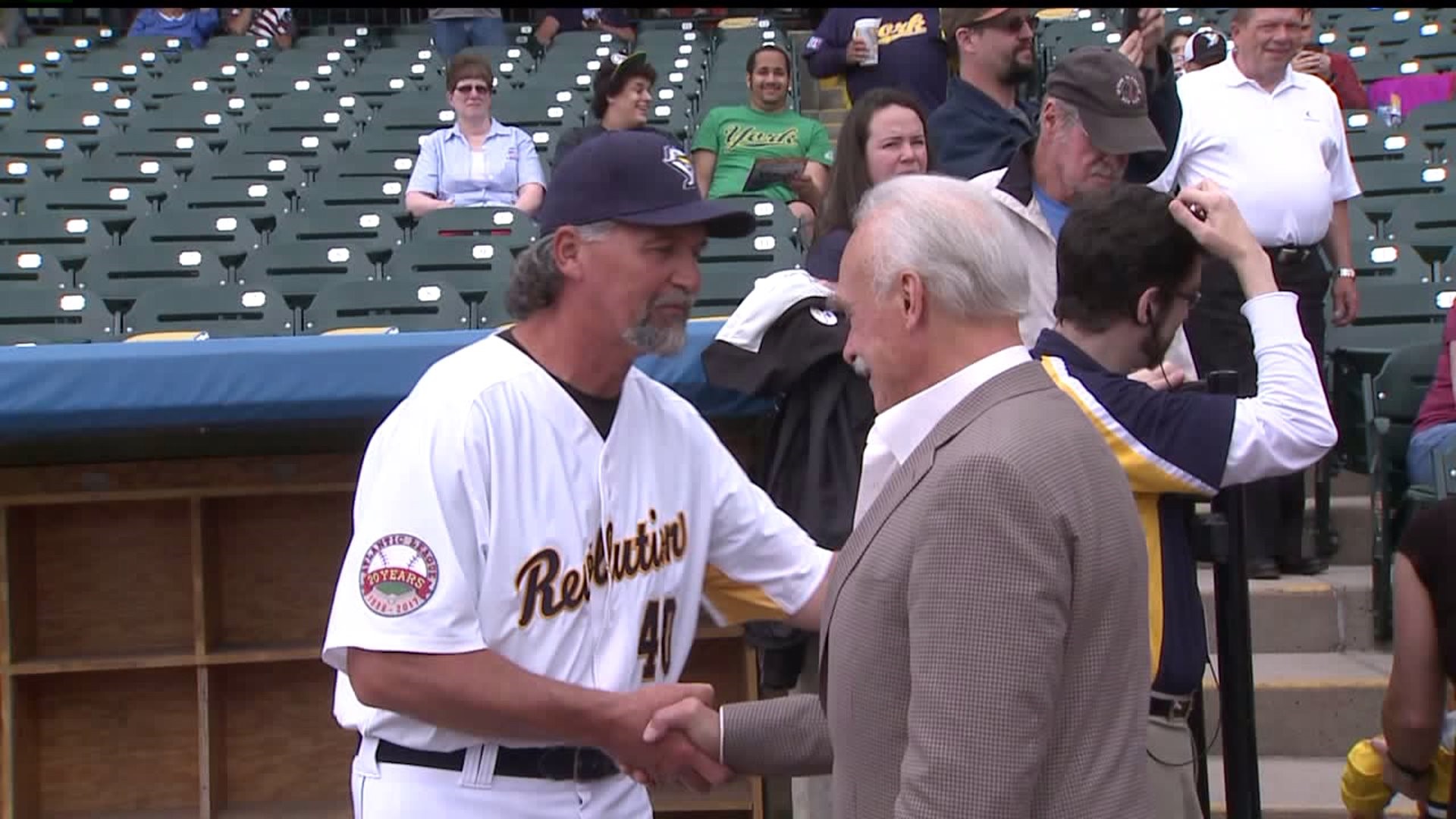 Besides posing for pictures and signing autographs, Bleier had a surprise for fans, like York County's Dean Emig.

"He insisted I try on all four of his Super Bowl rings," said Emig.  "That was something I didn't expect.  I didn't think he'd have them with him, I thought they'd be locked in a safe."

Bleier's journey from the battlefield to the football field has been well-documented over the years, inspiring a book, a movie and even a play.  His story also inspired Navy veteran Mike Allred who said meeting Bleier was an honor.

"He's the reason I'm a Steelers fan, coming back from Vietnam like he did and going back to play professional football," said Allred.  "There's not a lot of guys that could do that."

Drafted by both the Steelers and the U.S. Army, Bleier was sent to Vietnam in 1969.  A few months later, he was wounded twice on the same day.  First by a bullet, later by a grenade.

While Bleier did make it back from Vietnam, others in his unit did not.  He remembered one in particular.

"When I got hit, there was one young kid who was right in front of me who got shot and died.  Right there, 18 years old, went down and never got up."

Bleier feels very fortunate that people know his story, but he thinks there are many other stories out there that also need to be told.

"It was a period of time, some 50 years ago, they served, they came back, they repressed everything because of how people viewed the Vietnam War, so they never told their stories," Bleier explained.  "I feel like there's a whole generation out there that doesn't understand what a parent or grandparent did."

Despite a life that's been complicated, Bleier hopes his legacy will be simple.  He would like to be remembered as someone who "took the time to care, took the time to give of himself, really just one of the guys."