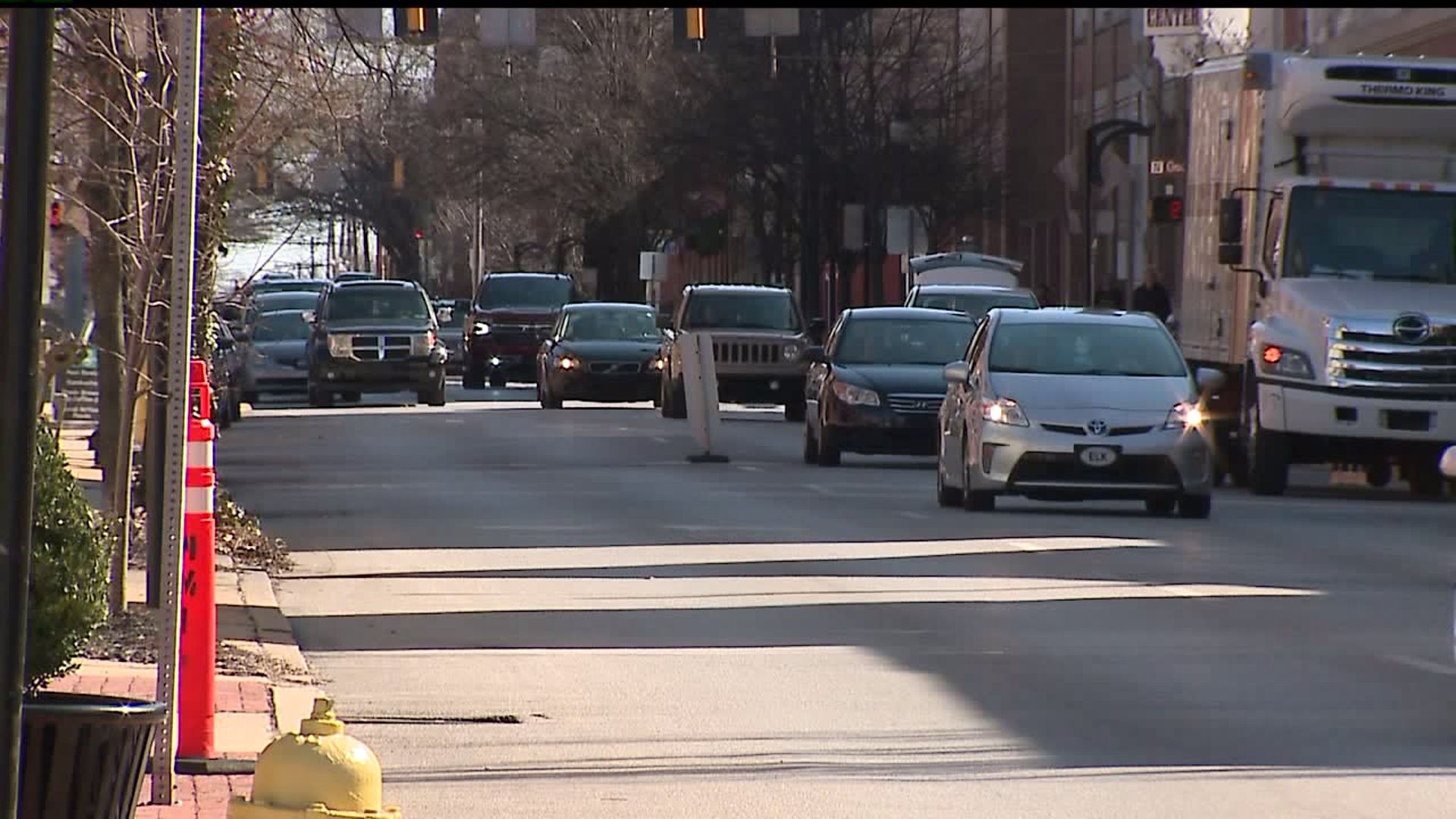 YORK, Pa. -- Four wheelers and dirt bikes have been riding through York illegally; going on sidewalks and damaging property. Police said it's a reoccurring problem that's been happening for several years when the weather gets nicer.

Part of the problem is the bikes are in and out before people know it. Once police are called it's too late. Now they're doing evidence based policing to try and stop it.

They're loud, they're fast, they're dangerous, and they come and go in groups.

"They'll spread out too, so you don't know which way they're going to go," David Inder, owner of Corner Cabinet at Central Market, said. "They don't use signals."

Some not street legal, normally unregistered. And there's a reason FOX43 doesn't have pictures or videos of them.

Inder has seen them many times and for many years. And unfortunately, it's not the first time FOX43 covered this story.

"Well it's scary because you don't know what they're going to do," Andrew Barnes, owner of Busy Bee, said. "As you're driving past, are they going to run into me?  Is this going to be a major incident or accident in my day?"

Investigators are doing what's called "evidence based policing." It's basically data collecting; gathering photos, figuring out patterns, and targeting where they're coming from.

"The reason why we had done it that way is because when you call 911 for a dirt bike going down the roadway, by the time we get there we're not going to catch it," York City Police Chief Troy Bankert, said. "We're not going to find it. It's going to be gone because they're in and out so often."

"What we really want to do is find out where they're coming from," York Mayor Michael Helfrich, said. "What I call their 'nests' and find the nest. And then when they're riding around you wait for them at the nest and then we got them."

And it's not just a problem in York. Harrisburg has experienced similar issues in the past. So have other major cities like Baltimore. But for some business owners like Inder, safety is only one of their concerns.

"I'm worried that it could effect people coming downtown and they fear for their safety," Inder said. When I talk to people and I ask them why don't they come downtown it's because they fear what's going to happen."

If a person sees a dirt bike, instead of calling 911, send an email to dirtbikeinfo@yorkcity.org. You can send photos, videos, and pattern information about where and what time these bikes are on the roads.