NEWBERRY TOWNSHIP, YORK COUNTY, P.A. — York Habitat for Humanity officials are sending out a plea for veterans or anyone who may know a veteran family in ... 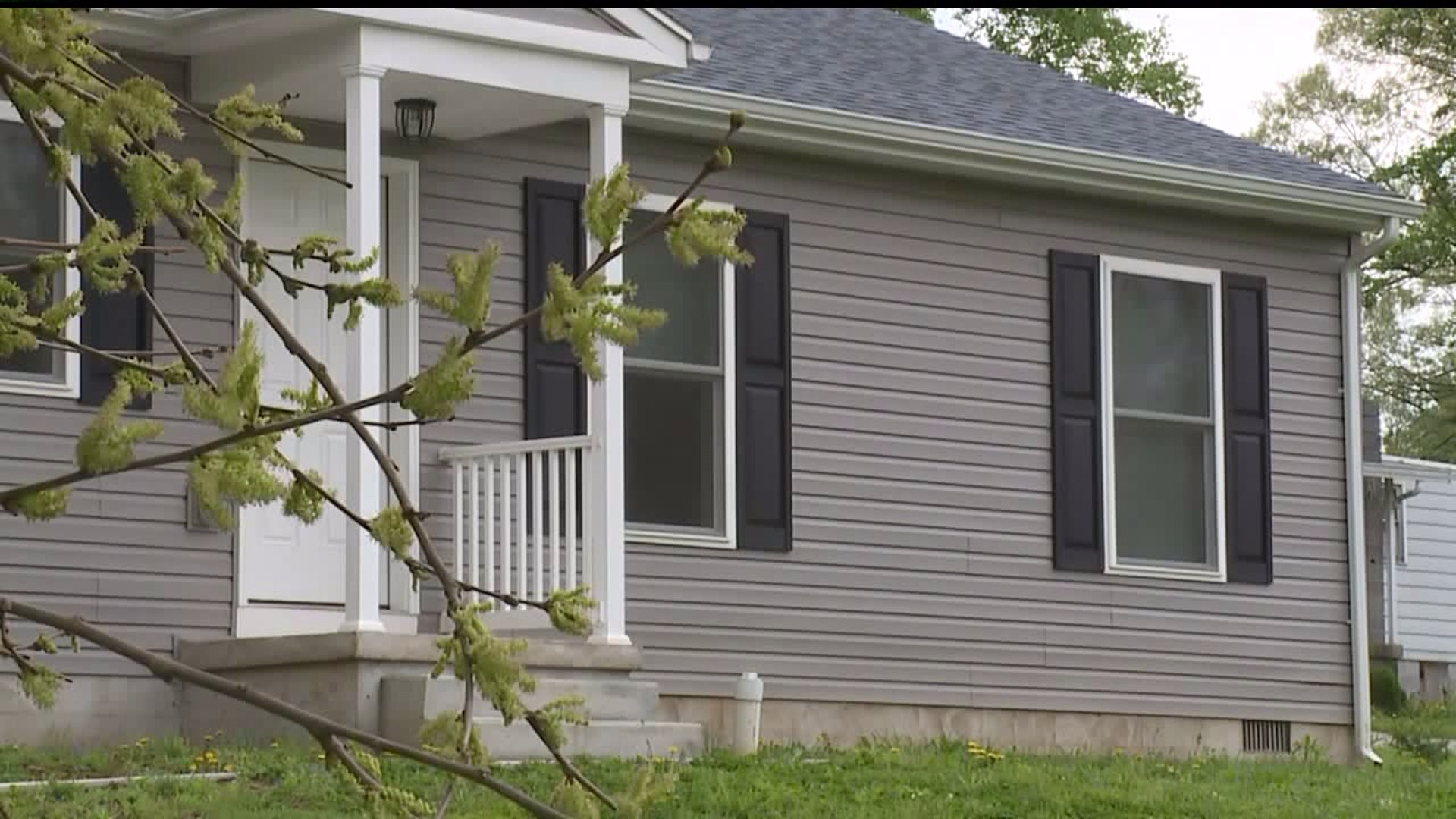 NEWBERRY TOWNSHIP, YORK COUNTY, P.A. --- York Habitat for Humanity officials are sending out a plea for veterans or anyone who may know a veteran family in York County to contact them.

A home volunteers built on the 900 block of Conewago Avenue has been empty for more than a year.

"The process has taken a lot longer than we had hoped that it would," said Mark Mattern, associate director of York Habitat for Humanity.

Mattern says the three bedroom, one bathroom home has received interest, including a couple applicants in the last week, but hasn't panned out, yet.

"A lot of folks and a lot of companies made their donations with the idea that a veteran family would be helped out and we want to keep it that way so that's why we're sticking in there," said Mattern

The home isn't a giveaway.

Applicants need to qualify as a "partner family" with Habitat for Humanity, which includes a certain income level.

The mortgage on the home will be 30 percent of the individual or family's income.

Also, Mattern said "sweat equity" has to be paid, which is 225 hours of volunteering through one of Habitat for Humanities projects.

"The more veterans that we can get interested, the sooner we can get somebody qualified and get them into this home," said Mattern.

He said they receive upwards of 60 applications a month for their homes.

However, he said the difficult part with this home is it's specific designation for a veteran family.

He said they're going to hold out as long as they can for the right veteran family.

"We want to make sure that we honor what we decided to say at the very beginning that it would be a vet build," said Mattern.

For more information, including how to be a home owner of a York Habitat for Humanity property, following the link to their website here.