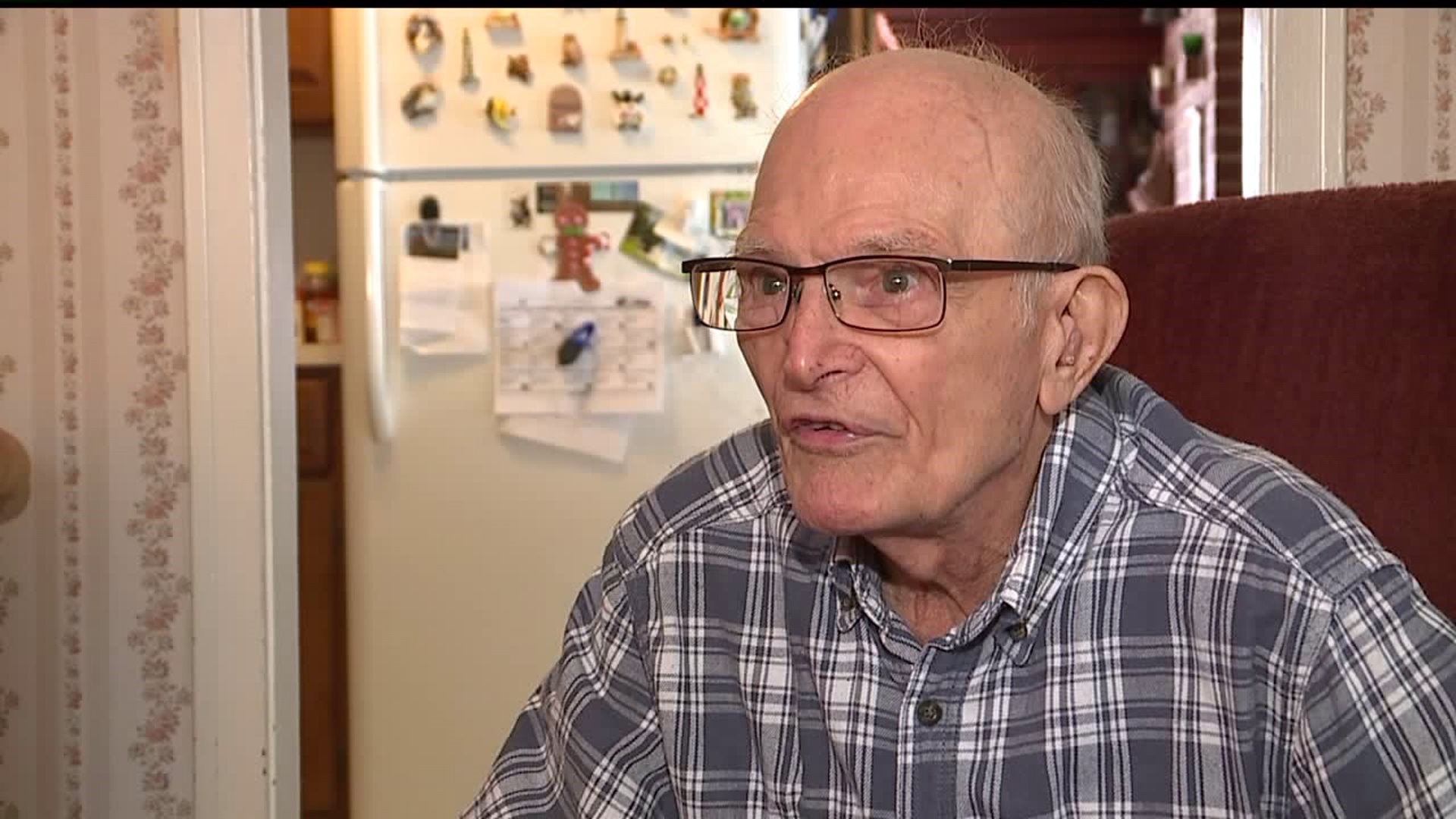 WEST MANCHESTER TOWNSHIP, Pa. -- 75 years ago allied forces invaded northern France by air, land, and sea, landing on the beaches of Normandy. A York County native survived those invasions and is now looking back on his time in the war, and how discipline for one of his rebellious actions inadvertently saved his life.

Paul Mulay was just 18-years-old when he enlisted in the Navy. He actually lied about his age to try in get in a little sooner. Now he credits some misbehavior, and a heck of a lot of good luck for his survival.

At 90 something years old there's a lot Mulay can't remember, including his own age.

His family said 94. But his memories, of WWII are much sharper.

Mulay was a motor machinist's mate second class. Down in the engine room, he helped control the speed of the landing ships coming into the ports, including the ship LST 327.

Going from port to port, invading Sicily, Salerno, Anjou and Normandy. He was on Sword Beach June 6th, 1944.

"I was on D-Day, yeah," Mulay said. June the 6th. Yeah we went right up on the beach. And opened up the tanks, and dropped, and the troops went out."

He survived D-day with some concerns. But it wasn't until something happened two months later, Mulay said, that made him feel really lucky to be alive. Nearly his whole crew was wiped out by a torpedo. But he wasn't there.

He was away in London, on a weekend pass. He saw the damage when he returned.

"When I went on board there was dead sailors everywhere," Mulay said. "There was one right across my bunk."

He was supposed to be on board. That pass to London was originally approved for an earlier weekend, meaning he should have been in his bunk. But the pass was delayed, because Mulay got in trouble.

"I disobeyed an order," Mulay said. "And they disciplined me. Kept me on board 50 hours extra duty."

Weeks earlier he was told to clean the ship. Instead, he and a buddy watched a card game, and got caught. With no way of knowing that fateful event was just weeks away.

"Well it was a deep sorrow feeling," Mulay said. "I lost all of those friends. I come back I just, I couldn't take no more."

Years passed and things got better. Now surrounded by a full, larger than life family. Paw paw Mulay has become quite the jokester.

"How do Catholics make holy water," Mulay asked. "They boil the hell out of it."

As for his lovely wife, whose stuck by his side through all these decades, it wasn't the honorable discharge, or the medals that won her over. Instead, another prized possession; his big hair.

Mulay met his wife here, at a parade in Continental Square in York. He worked as a lineman at Met-Ed for 33 years, retiring in the 1980's. Today he has 5 kids, 2 grand kids, and 6 great grand kids.

Mulay served in the Navy for two years and seven months. He and his wife Beverly have been married for 71 years.