YORK, Pa. — The York Water Company is warning more than a thousand of it’s customers of concerns about lead detected in some service lines. A recent... 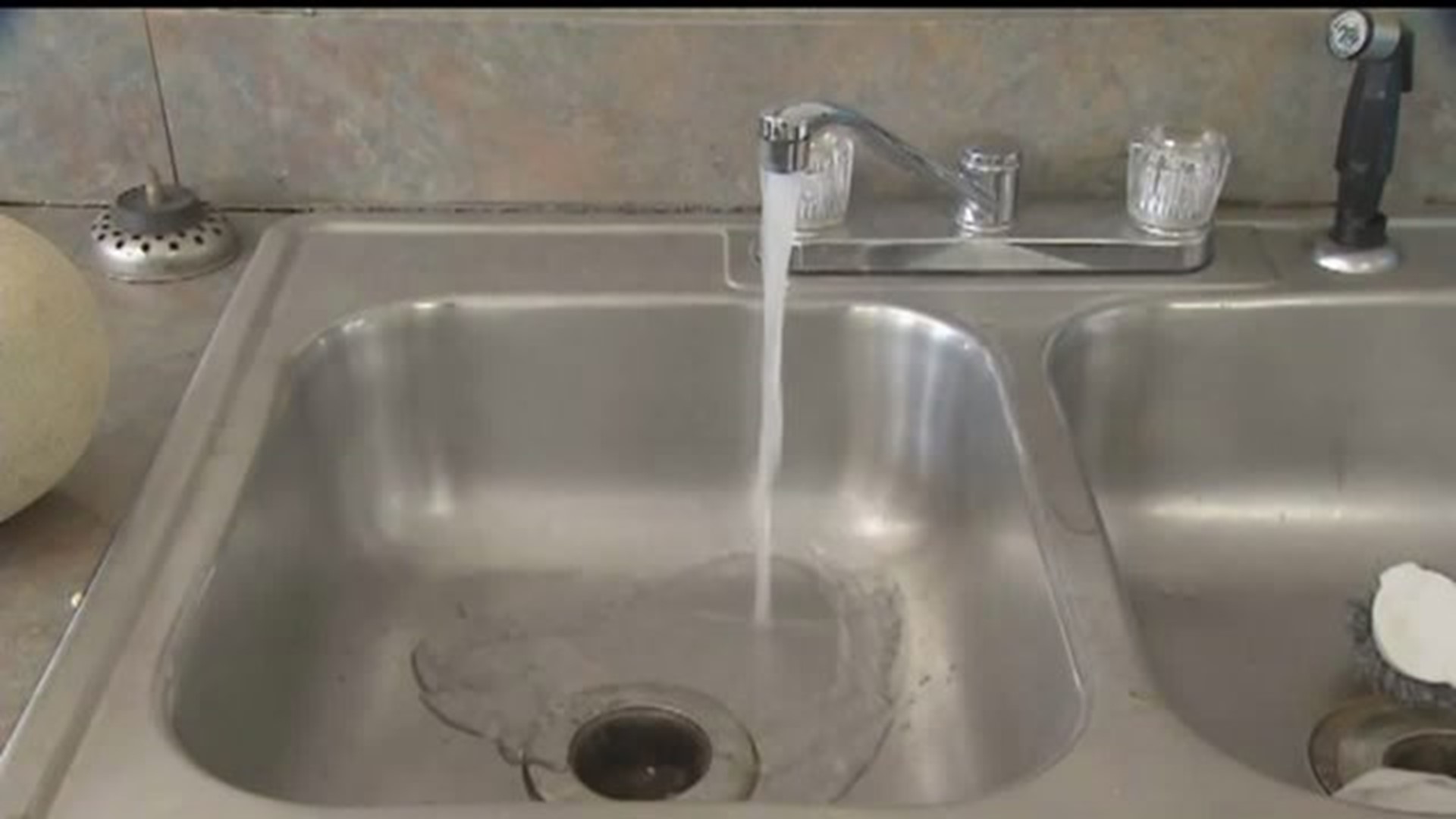 YORK, Pa. -- The York Water Company is warning more than a thousand of it's customers of concerns about lead detected in some service lines.

A recent routine test found a slightly higher number of homes have higher levels of lead in the water.

The lead wasn't found in the source of the water at a treatment plant, but at the water company service lines where it enters a home.

Homeowner Roberto Stracuzzi said "lead is a main concern, especially with our house, how old it is, and how they used to have lead paint, and stuff like that."

Customers who live in older houses might want to think about where their water comes from after a recent test by The York Water Company found lead in the drinking water at a small sample of homes.

The York Water Company CEO Jeff Hines said "none of the water that leaves our filter plant or goes in our pipes, has lead in it. This only impacts customers in houses before 1935 that have lead service lines, and York Water, although we only crossed the action level by one part per billion, we take lead very seriously."

"You don't know how long those pipes have been in the ground," Stracuzzi said.

"Our water pipe inline is right there, it goes straight over here, down to the basement, but who knows what that is," Stracuzzi added.

Homeowners may find out if they have lead service lines leading to their house can be determined by asking a plumber or doing a test with a magnet and a key.

"Go down to your basement, find out where the water meter comes in, and where the pipe comes in the wall, take the key and scratch the pipe. If it's silver, and the magnet does not stick to it, that means you have a lead service line," Hines said.

The Department of Environmental Protection allows for five out of 50 homes tested to exceed lead levels at 15 parts per billion. High levels of lead in drinking water can affect child development.

York City Bureau of Health medical director Dr. Matt Howie said "lead is more readily absorbed by children, and especially children who have certain conditions like anemia, where they are more prone to pick up metals."

It's a concern for Stracuzzi, who is not only a homeowner, but the father of a little girl.

"I try to take precautions. I'm considering having the water tested, since Anna is almost 3 next month, and she does drink a lot of water," Stracuzzi said.

"We see issues over time with aggressive behavior, we see problems with attention deficit being more prevalent in children who have been to exposed to lead," Howie said.

It's why York Water is telling more than 1600 of its customers how they can take precautions until the company can finish replacing their lead service lines within the next four years.

"Once you are exposed to lead, its not like its a reversible process, and so prevention is key," Howie said.

"We're all paying a lot of attention to this because of Flynt, Michigan, obviously, but any source of lead is a concern," Howie said.

To put  the amount of lead detected into perspective, Millersville University professor Dr. Edward Rajaseelan said "it's like having 10 penny-size lead in an Olympic size pool."

A few things might have caused a higher level of lead to be found during this test.

One is some of the homes sampled are low water users, so their water tends to sit and collect more sediment in the pipes.

Another reason is Hines said our hot September created warmer water at the source, and that warm water makes it more possible for lead to get into the system.