YORK, Pa. — Some veterans in York County are leaving a legacy for future generations. The York County History Center hosts an event that gives veterans a ... 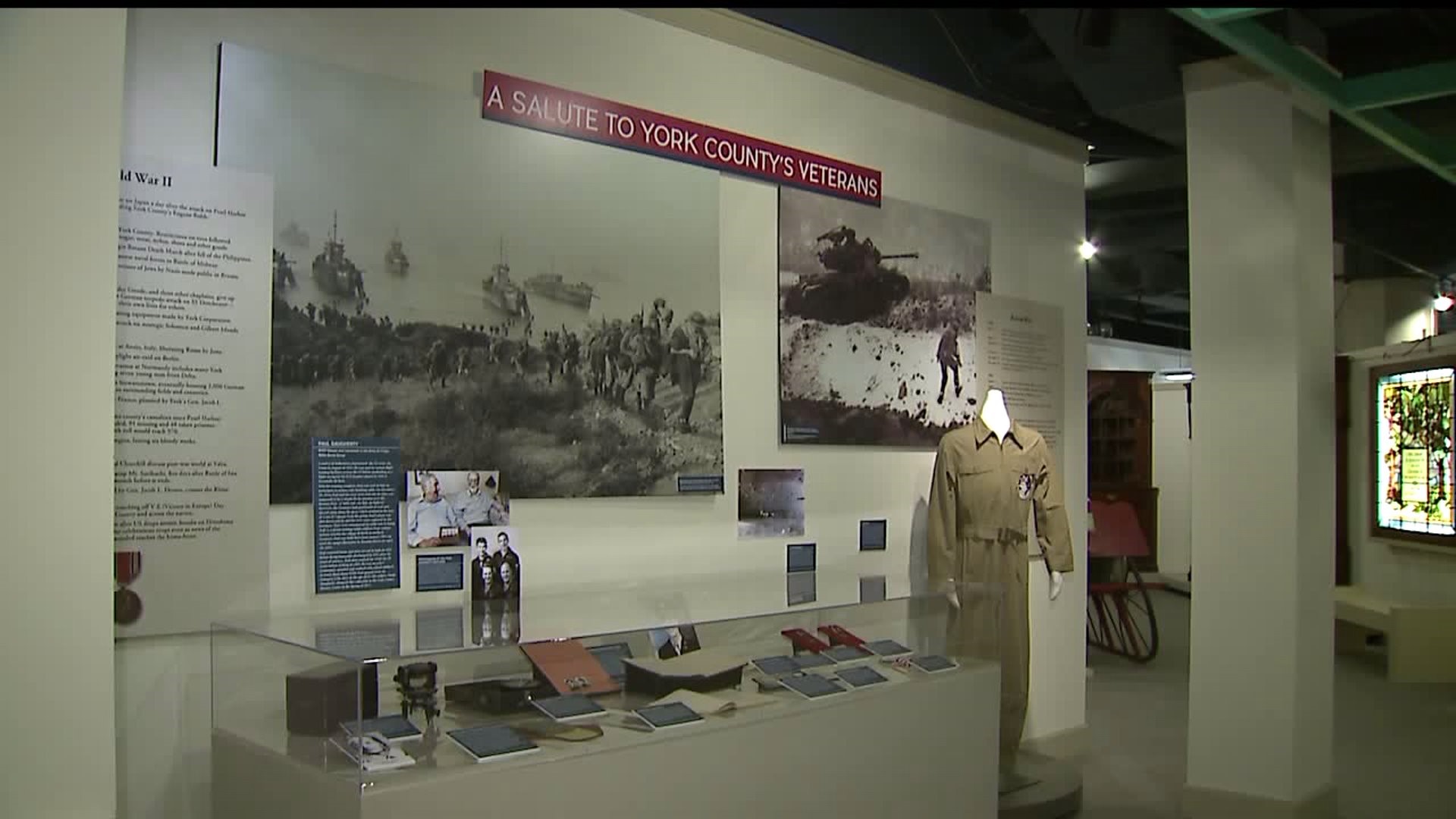 YORK, Pa. -- Some veterans in York County are leaving a legacy for future generations.

The York County History Center hosts an event that gives veterans a chance to get a few things off their chest.

The York County History Center isn’t just a place to learn about the county’s rich past, it’s also a place to meet hometown heroes and pay tribute to living history.

The fourth Wednesday of each month from January through October, the History Center opens its doors to welcome a veteran.

ALLVETS president Linda Bean said "some feel that if they’re not in fighting, it’s not a story, but all veterans have a story."

Bean explains the monthly roundtable event started with one veteran's own story.

"My husband was always wanting to thank a veteran everywhere he went, and he had a friend who mentored him, and started this program," Bean said.

ALLVETS gives veterans a chance to share a part of their life that may have been difficult to talk about, until now.

"We would like to have forgotten right after that time, but when we look back and think ‘hey, that’s life, it’s something we faced.' It’s something we can talk about now," Wolfgang said.

The center keeps recordings of those conversations. Speakers include veterans of all ages from those who served in World War II or Vietnam to more recent military operations like desert storm or Afghanistan.

"It’s always surprising when we ask them to start. They’ll usually say they don’t have much to say, and an hour goes by before they realize just what they’ve shared," Fourhman-Shaull said.

"They don’t realize the importance of leaving a legacy for their family, so once they’re gone, their stories would be gone, and it is important to get the younger ones in here," Bean said.

Since the ALLVETS program began in 2015, all of the veterans who have volunteered have been males, but organizers hope to get their first female speaker soon.

The York County History Center is located at 250 East Market Street in York. Wednesday, February 28th at 7 pm, ALLVETS welcomes Korean War veteran Ed Hott. The event is open to the public and its free.