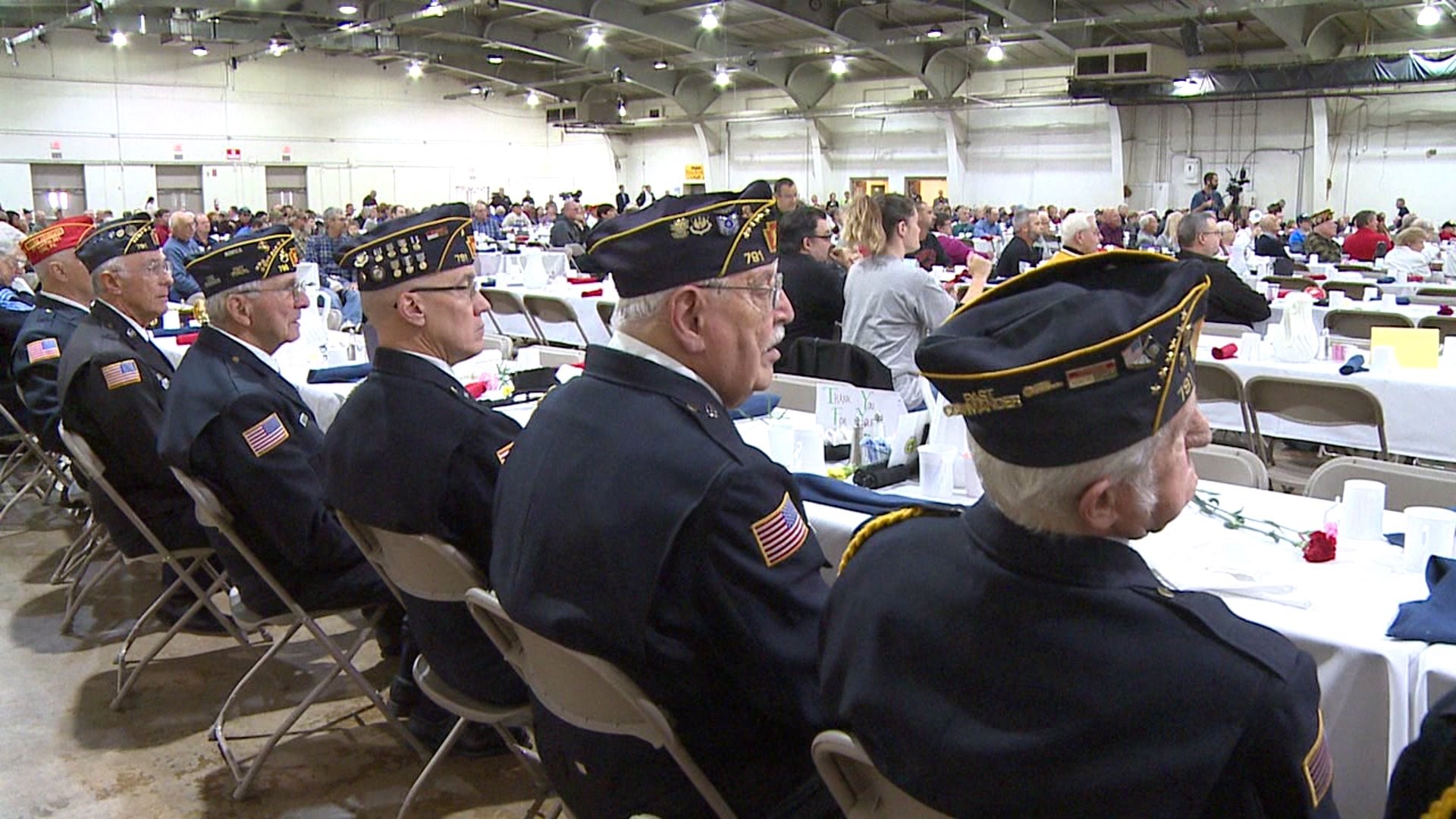 These words resonated with more than 1,500 Veterans and their families who came out to York County's Veteran's Day breakfast celebration on Saturday.

"It was my way of making sure that the men and women of my generation served during the Vietnam War received the recognition that they have earned and that they deserve," said Redding.

Former Marine, Phil Frigm, was also awarded for his meritorious service for his lifetime service to the community and other veterans.

Retired United States Army Staff Sergeant, Travis Mills, from Michigan, made his way to York County to give veterans a new perspective.

He is one of only five quadruple amputees from the War in Afghanistan to survive, and uses humor to conquer through.

"I think humor works well, you know... I tell jokes to really 'disarm' the situation that we have at hand here....I'm pretty punny, right? Get it? Disarmed hand,"  Mill says laughing.

Mills is as tough as they come.

After dropping his backpack on an IED, he spent nearly 19-months in  rehab.

"Yes, I have a limb loss, I have no arms and legs because of a bomb, but I was able to bounce back," said Mills.

He says reminding other vets to keep pushing forward is one of the reasons he keeps doing what he does.

"Being around this many people that have been veterans, we all speak the same language, we all respect each other's service, and whatever sacrifices made," Mills added.

One thing is for sure, they all share an appreciation for life and the red white and blue.

"It's just very humbling that I am just one piece of a small community and we all come together on one day for the nation to understand what we did," Mills said.