YORK COUNTY, Pa. — It’s said crime doesn’t pay, but most prisoners do, if they want to stay in touch with friends and family. Inmates at York ... 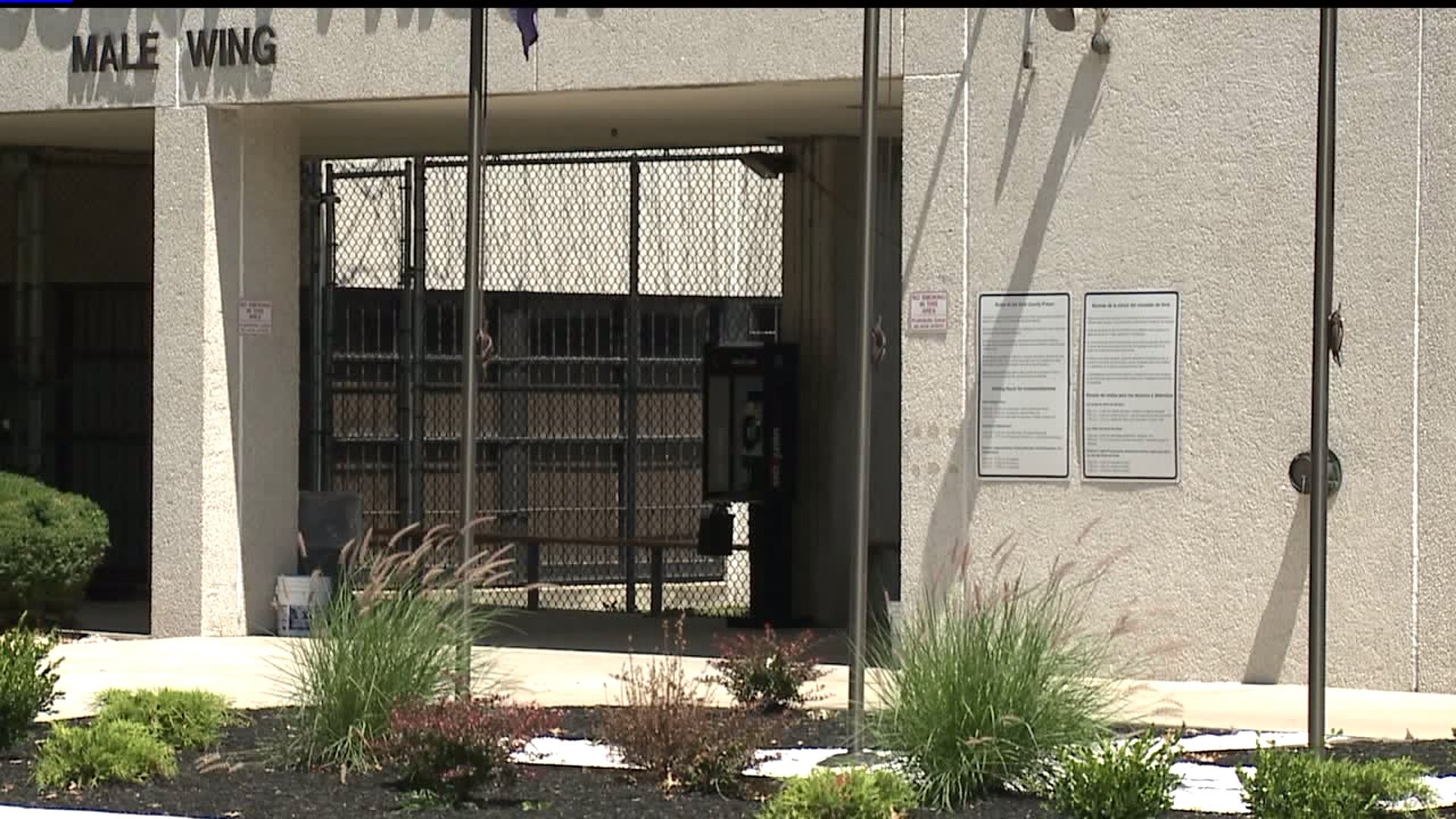 YORK COUNTY, Pa. -- It's said crime doesn't pay, but most prisoners do, if they want to stay in touch with friends and family.

Inmates at York County Prison use a pay phone system to make calls, but it's the county which collects on those conversations.

Former York County Prison inmate Chris Guido said "nothing you can do about it from the inside, so it breaks your heart when you know they've got situations going on on the outside."

The cost of staying in contact often keeps some prisoners such as Guido, disconnected from friends and family.

"To not be able to talk with your family, or your loved ones for maybe a week or two weeks. You know, there are some people that can't communicate with their families at all sitting there for nine,  ten, eleven months haven't communicated except for writing," Guido said.

Guido's fiancee Keena Minifield said "our loved ones decided to make the decision to go, but I think that we should still be able to talk to them without having to pay crazy fees."

It is Minifield who paid the price.

"A lot of times,  I had to decide between talking to him for my sanity or getting things like putting gas in the car," Minifield said.

"In Philadelphia, they gave us ten minutes for free, so we could talk to our family, communicate with our family, so when I came out here expecting the same situation, it was totally different," Guido said.

The cost at York County Prison is 25 cents a minute, plus some additional service fees. It might not seem like much at first to some, but immigration attorney Stephen Converse knows how these calls can take a toll on families.

"It's a real dilemma for them. The longer the person stays in custody, the more expensive this becomes. It reaches a point where it's just not tenable anymore," Converse said.

It does make dollars and sense for York County Prison. The York Dispatch filed a 'Right-to-Know' request and found contracts with telecommunications provider GTL. The company pays the county a commission. Currently, nearly half of the cost for each one of those phone calls is paid back to the prison, making more than $900,000 dollars for the county in 2016 alone.

"Its a money-maker for the county. Of course the county needs the revenue, but I don't think that it's reasonable for them to be doing it, and doing it to such an extent, on the backs of these unfortunate people," Converse said.

While inmates pay to talk with their loved ones, the only ones not talking are county officials. FOX 43 News asked to meet with the prison warden or a commissioner, but was told only the county solicitor could talk. He wasn't available to talk on camera, so instead a county spokesperson released a statement.

York County communications director Mark Walters stated "these rates are not the most expensive that we have seen in our state and across the country. We endeavored to strike the right balance between the needs of our inmate population and the needs of our taxpayers. We believe GTL offers a quality product and the prison board is fully confident in the county`s treatment of the revenue generated for the benefit of all."

The benefit of the prison telephone fund includes the ability to spend hundreds of thousands of dollars on various prison projects.

"Without them, the county would have to stretch the prison's approximately $53 million general fund budget and lean even more heavily on taxpayers to provide critical maintenance and services for the prison. Inadequate facilities at the prison would undoubtedly be the result of ignoring these projects entirely," Walters said.

"I think that prison does pretty well, with the state contract, the INS contract, and don't know why they would, essentially coming from a different facility such as Philadelphia. I see how they're able to pull it off. I don't understand why York County wouldn't be able to pull it off as well," Guido said.

The rates do meet FCC regulatory requirements. York County commissioners are scheduled to finalize renewing it's deal with GTL as early as Wednesday,  September 20th, but Guido would like them to consider how much the contract costs families like his.

"I know for myself, we're all working on some things, trying to get our lives together. It's all about people you surround yourself with, and your support team. That's my support team right there, so taking them out of the picture, I'm not growing, I'm not learning anything" Guido said.

"Being able to talk on the phone and stay in touch with spouses, children, et cetera, is extremely important, both for family unity purposes, and just for the emotional and mental health of everyone concerned," Converse said.

FOX43 News partnered with the York Dispatch writer David Weissman on this story. You can find more information in his article here.