Police in York County will soon be carrying the lifesaving heroin antidote Narcan. Since a law went into effect allowing police to carry Narcan, it has taken mo...

Police in York County will soon be carrying the lifesaving heroin antidote Narcan.
Since a law went into effect allowing police to carry Narcan, it has taken months of work behind the scenes to get the drug in the hands of police.

Kearney said he already placed an order for 325 doses and expects York County Commissioners to sign the agreement Wednesday morning.

“We are going to save lives,” said Kearney.

The so-called miracle drug can bring a person back to life if they are overdosing on heroin or other opiates.
But: before equipping a police department with it, Kearney says officers must go through an online training on how to use it.

“We just don’t hand it out, there is some documentation that will need to be filled out when it’s utilized. We want to make sure it’s used properly and people are trained,” said Kearney.

The money will come from the county’s drug forfeiture fund.

“When we make a drug arrest and we find you have $5,000 dollars or you come to the convenience store to sell drugs in a car, we will seize the car and sell it, and that money goes into a drug forfeiture fund,” said Kearney.

Each officer will be equipped with two doses at the beginning of their shift. They will not be kept in police cars because of temperature sensitivity.

Chief Mark Bentzel said his officers often are the first to arrive when someone is overdosing.

“There have been several occasions where we could have administered narcan,” said Chief Bentzel.

All 51 police officers at Northern York County Regional Police are trained and ready to use it.

“Last year was extremely bad. We’re first responders. We are out on the roads of our communities 24 hours, 7 days a week, and it only makes sense for us to have access to the narcan,” said Bentzel.

The drug has received a lot of criticism, to which Kearney had an answer.

“One can argue that one can use Narcan and that doesn’t stop them from using again and that is very true, but then again if you don’t they are dead. We can’t treat people who are dead,” said Kearney.

Kearney said more than half of the police departments in the county are trained to use Narcan. He also said some departments plan to enter into their own agreements. 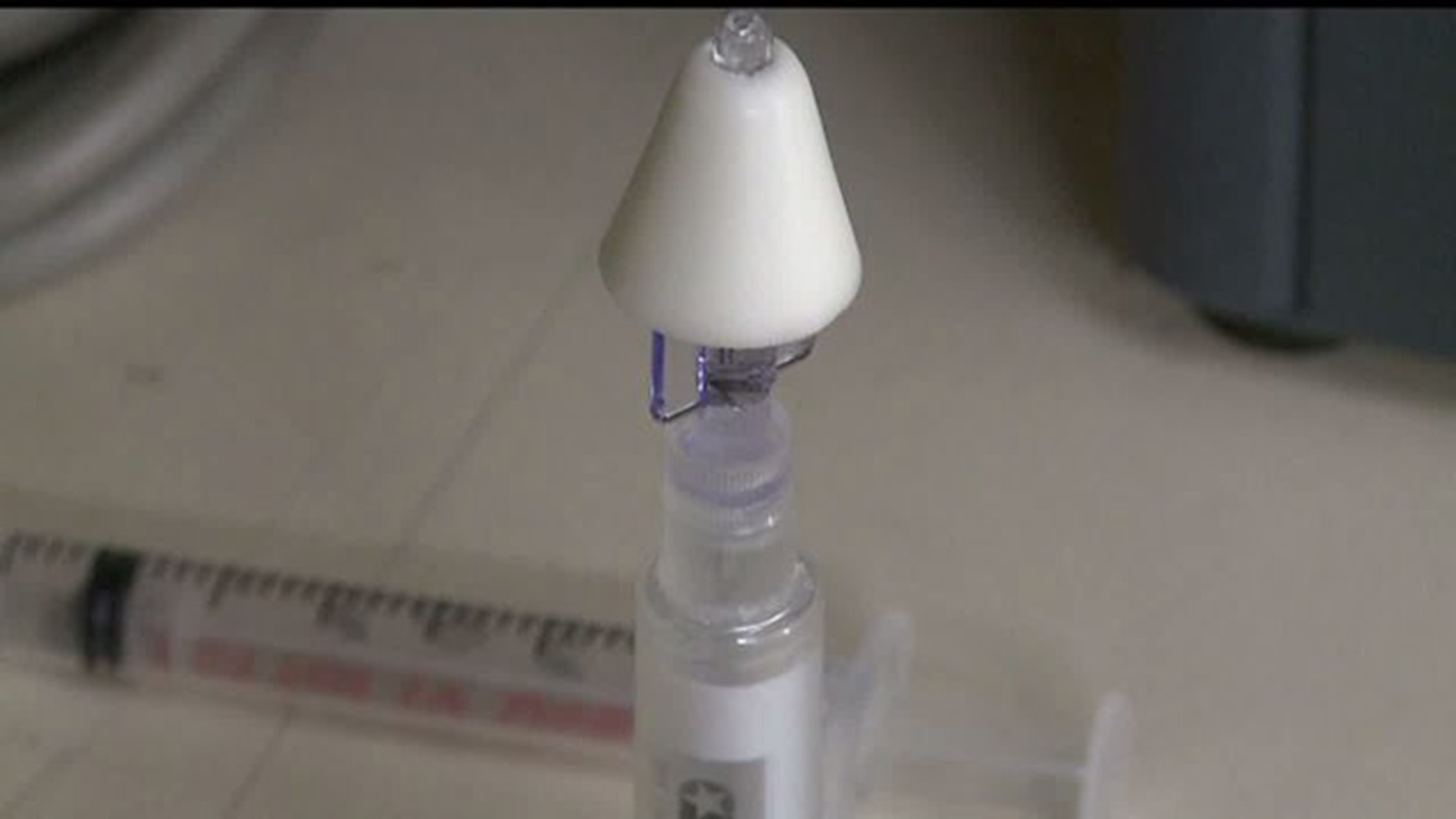