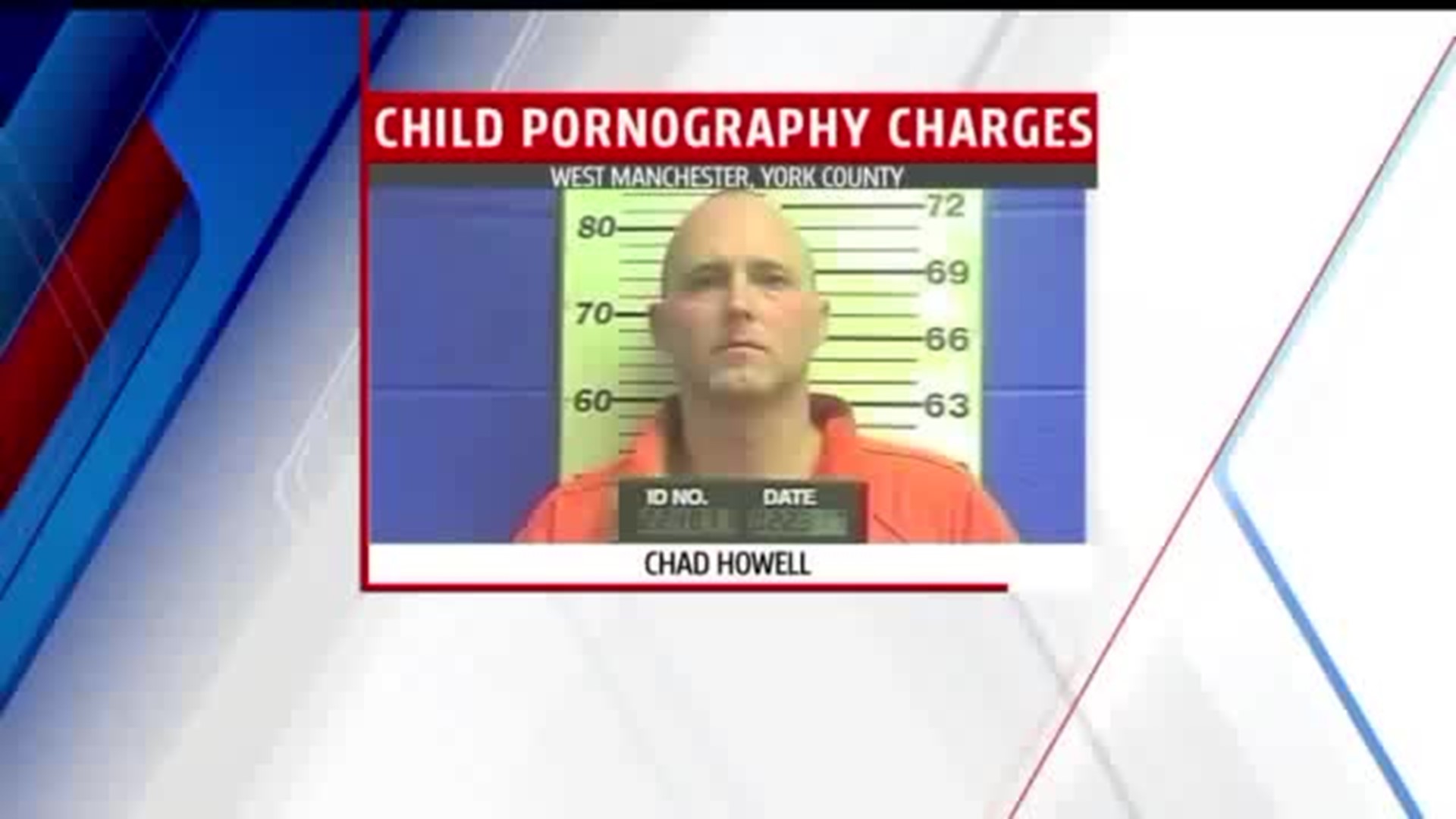 A few people in the community who shared their thoughts about the officer's arrest.

Many are upset and called allegations disturbing and sickening.

West Manchester Township resident Kathryn Decoste said "I'm saddened, and I'm sickened. The trust we put in our police officers to help us, to even be inspirational to our children, hearing this kind of news is just as seriously disturbing."

Agents went to meet Howell at the West Manchester Township police station as the officer was getting off duty, 5:30 Thursday morning.

Meanwhile, other agents were conducting a search of Howell's Carroll Township home in York County.

"The fact that the defendant is in a position of public trust is especially concerning. Our office will prosecute this case to the fullest extent of the law," Shapiro added.

Investigators received 14 cyber tips from the National Center for Missing and Exploited Children about several nude or nearly nude photos posted online of girls from about the age of 15 to as young as eight-years-old.

"We tell our children, if you're in trouble, look for a police officer, my God what happens if they go to a police officer who then abuses them? It's disgusting," Decoste said.

Another user ID stated in the court documents is howellycpd. Howell previously worked with the York City Police Department.

The agent stated 50 images were found and that it was only a sampling of images found on Howell's phone.

"It's horrible, but I choose to believe that this is an individual case. I mean we hear stories about people in positions of power, whether it be a priest, a police officer or a teacher, it's going to happen. It's sad and it's sickening, but I do not think it's an overall reflection of our police force here," Decoste said.

It's sad and it's sickening, but i do not think it's an overall reflection of our police force here," Decoste said.

Pastor Sharon Lincoln said "I don't think that there's anything they can do, other than continue to screen the candidates. Those who become police are accountable to the same laws as everyone else."

FOX 43 News contacted the West Manchester Township Police Chief for his reaction to the story and to find out Howell's current status with the department, but his assistant said they are not commenting on this case, and that everything is being handled by the attorney general's office.