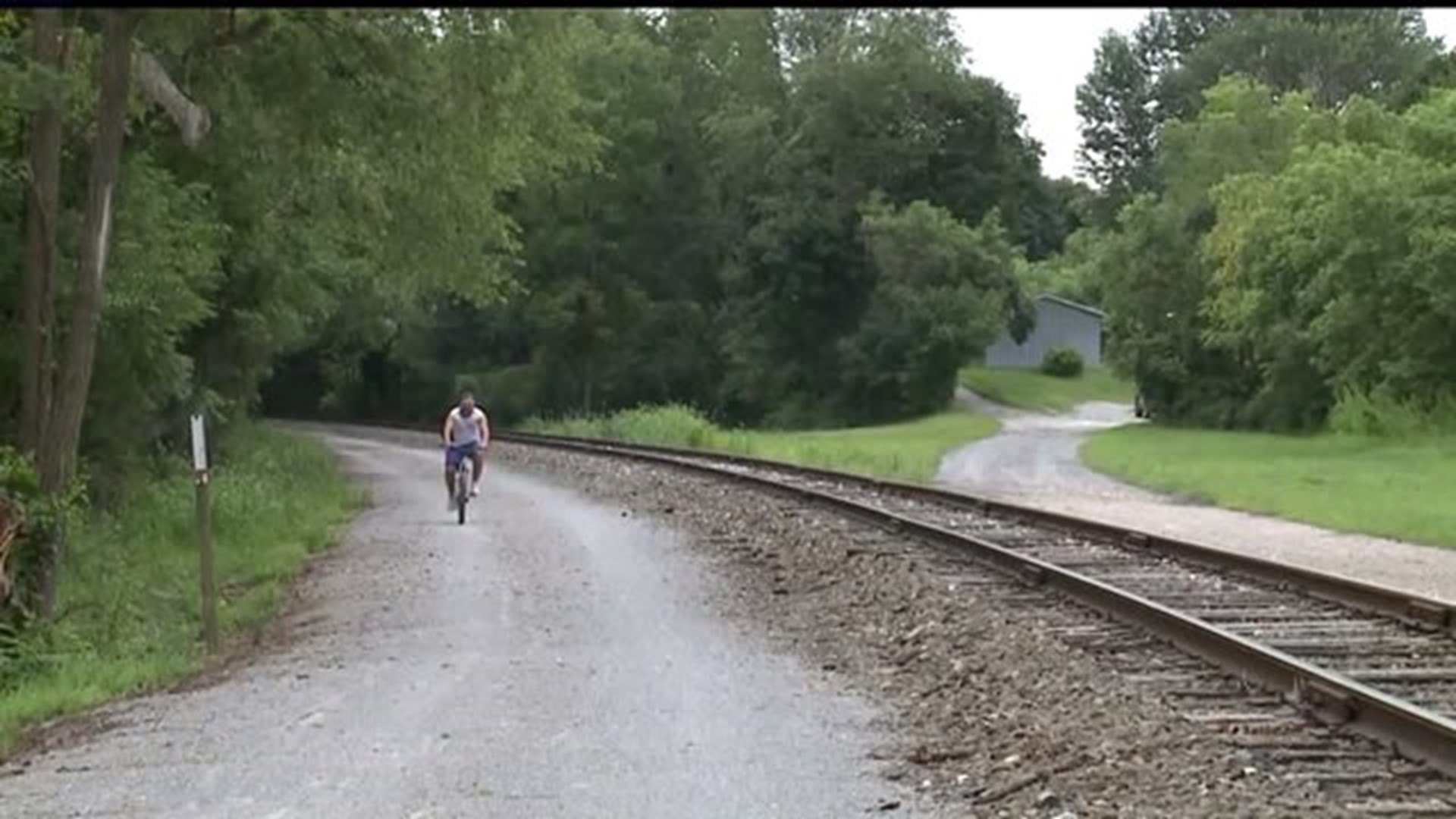 CODORUS TOWNSHIP, YORK COUNTY, Pa. -- Someone is throwing tacks along the Heritage Rail Trail in southern York County and putting bicyclists at risk.

It's happened not once, not twice, but three times. Officials with the county parks department believe this prank is no fluke.

The county has a plan to find those responsible.

Many people go out to the Heritage Rail Trail as a safe place to explore the outdoors, and its why the county put up a reward to keep it that way.

For some people, Heritage Rail Trail is a place to walk the dogs or ride a bike, but for others it might be just to cause trouble.

Bicyclist Roger Crouse said “I've seen a lot of people with flat tires which is kind of inordinate for the way things are, so I would say anybody who would do something like this, it's more than just a prank. You could really hurt somebody.”

Bike riders have spotted tacks on the trail three times in the last six weeks. It was enough evidence for York County Natural Resources Manager Mike Fobes to know this was no fluke.

Fobes said “ the second time, when there were two areas, whoever did this actually picked out two spots on the trail and they scattered them in two little short areas there, so we knew something was going on there.”

Then, at least five bicyclists got flat tires on Sunday. about a hundred of these small upholstery tacks were found on a section of the trail along Route 619, just south of Shaffers Church Road in Codorus Township.

“It's a senseless act, there's no reason for someone to do something like this. We're spending a lot of time cleaning up tacks when we could be doing other things in the parks,” Fobes said.

Now, the York County Parks Department has put up a warning sign and a $500 reward to catch those responsible for throwing those tacks on the trail.

“Maybe somebody knows what's going on out there that it will give them the itch to let us know so that we can catch the person. We don't know how well it will work. We've just got our fingers crossed,” Fobes said.

Bike riders shouldn't fear using the trail but should keep an eye out for anything or anyone out of the ordinary.

“Like I say, I'm out here a lot, and I know if I see somebody, I certainly will report it,” Crouse said.

“I just hope they find them,” Sheely said.

“We will prosecute if we catch them,”Fobes said.

The Parks Department has increased ranger patrols in the area that was hit.

There's not a lot of parking in the area where the tacks were placed on the trail. Fobes thinks it's someone who's out on the bike trail itself, possibly even another bicyclist. Fobes believes it was probably done overnight.

Anyone who’s out on the trail and sees any suspicious activity should call 911.