WINDSOR TOWNSHIP, York County, Pa. — A volunteer firefighter has been arrested is facing three charges after an incident in August. Court documents reveal... 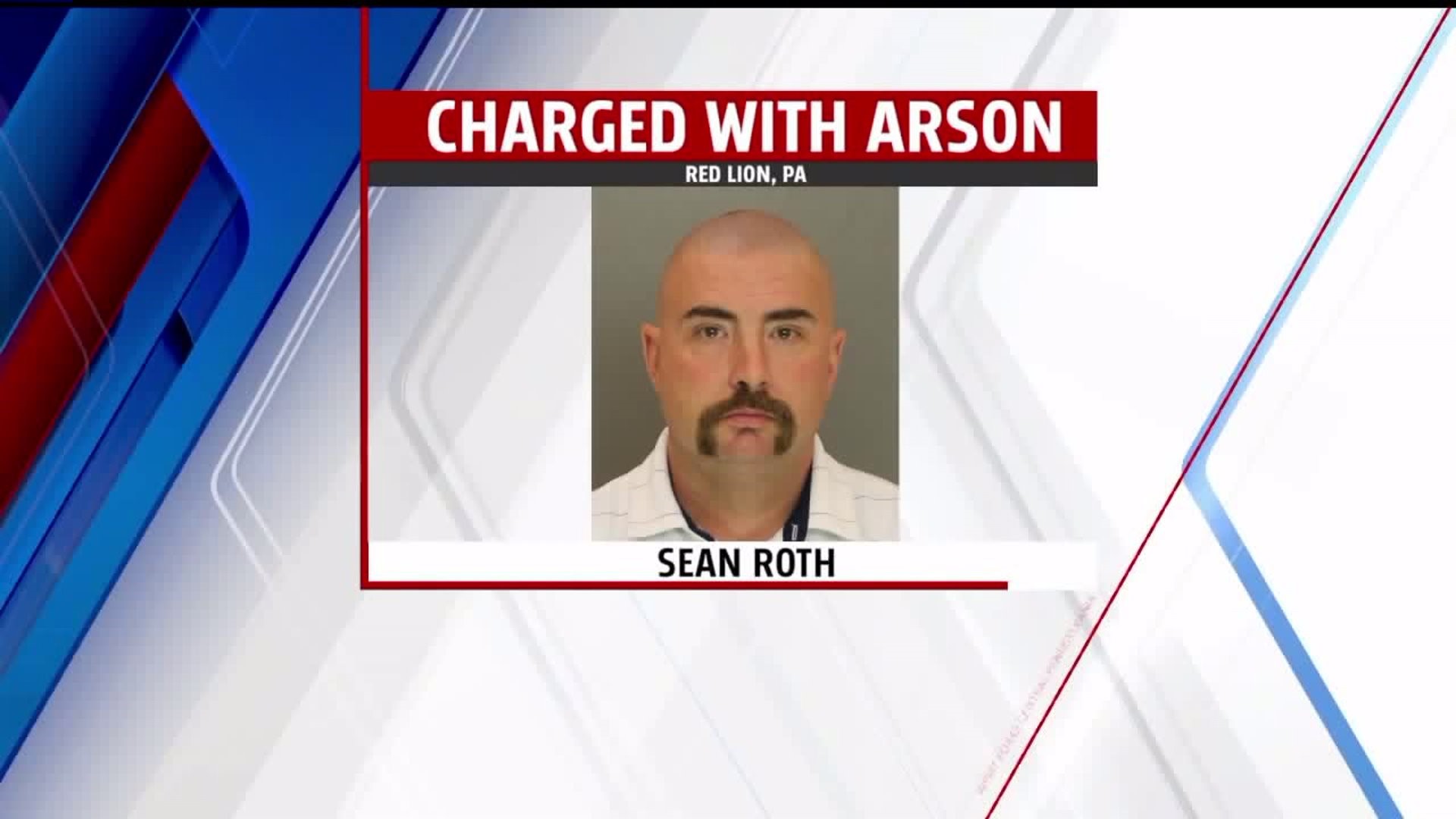 WINDSOR TOWNSHIP, York County, Pa. -- A volunteer firefighter has been arrested is facing three charges after an incident in August.

According to court documents, the three charges stem from an incident on Aug. 29 in Windsor Township.

On that day around 2:35 p.m., police responded to the area of the 200 block of Cobblestone Court in Red Lion for a reported vehicle on fire.

The fire had been reported by Roth, who was the owner of the 2016 Ford Escape that caught fire.

Officials spoke with Roth who said that the check engine light had come on and the vehicle was "not acting right."

He said that he drove the vehicle again prior to the fire and drove to his residence.

It was found that Roth had removed all his possessions from the vehicle before it caught fire.

On August 31, police found that the point of origin of the fire was determined to be the center of the dash, where most of the damage had occurred.

Police contacted State Farm Insurance Company, and found that Roth had reported the fire and did initiate an insurance claim.

On October 26, police interviewed Roth's girlfriend, who denied having knowledge of the fire but did admit to helping him to clean out the car prior to the incident.

Later that day, police spoke with Roth, who eventually admitted to setting the fire.

"The news of the allegations against Sean Roth were a shock to the whole fire department and fire service community in general," Ben Rodkey, Fire Chief of Red Lion Fire Department, said. "He was dedicated to the fire service, instructor for many ETAs and fire schools."

He told police that he used paper and placed it up inside the dash from the bottom and lit it on fire with a butane lighter after he had cleaned the vehicle out.

Roth told police that he then went inside his apartment and the fire spread throughout the vehicle.

"Yeah, unfortunately, people make bad choices in life," Rodkey said. "And this was one of those. He acted on his own outside of the Department and one thing you can't do as a firefighter is light fires. He'll have to pay for those actions if found guilty."

Roth was a volunteer with the Leo Independent Engine Fire Company No. 1. According to the fire company's Facebook page, he has been placed on a leave of absence and has been relieved of all duties until further notice. The statement also said the charges came as a shock.

Roth has been placed on a leave of absence by the Fire Chiefs' and Firefighters' Association of York County, as well. Roth was an instructor, often teaching courses at the York County Fire School.

"Ya know, he was dedicated to the fire service," Chad Deardorff, President of the Fire Chiefs' and Firefighters' Association of York County, said. "It's a sad situation.  I don't know his situation. And what would cause this - the allegations that are charged against him. Hopefully he can figure things out."

According to a Facebook post by the Fire Chiefs' and Firefighters' Association of York County, Roth was not an employee of the York Fire School, but he was an instructor for Harrisburg Area Community College, which hosts fire service courses at the York County Fire School.