GLEN ROCK, YORK COUNTY, Pa. — Homeowners of a Glen Rock, York County house are battling a disaster at home that was hidden for decades. On the outside, th... 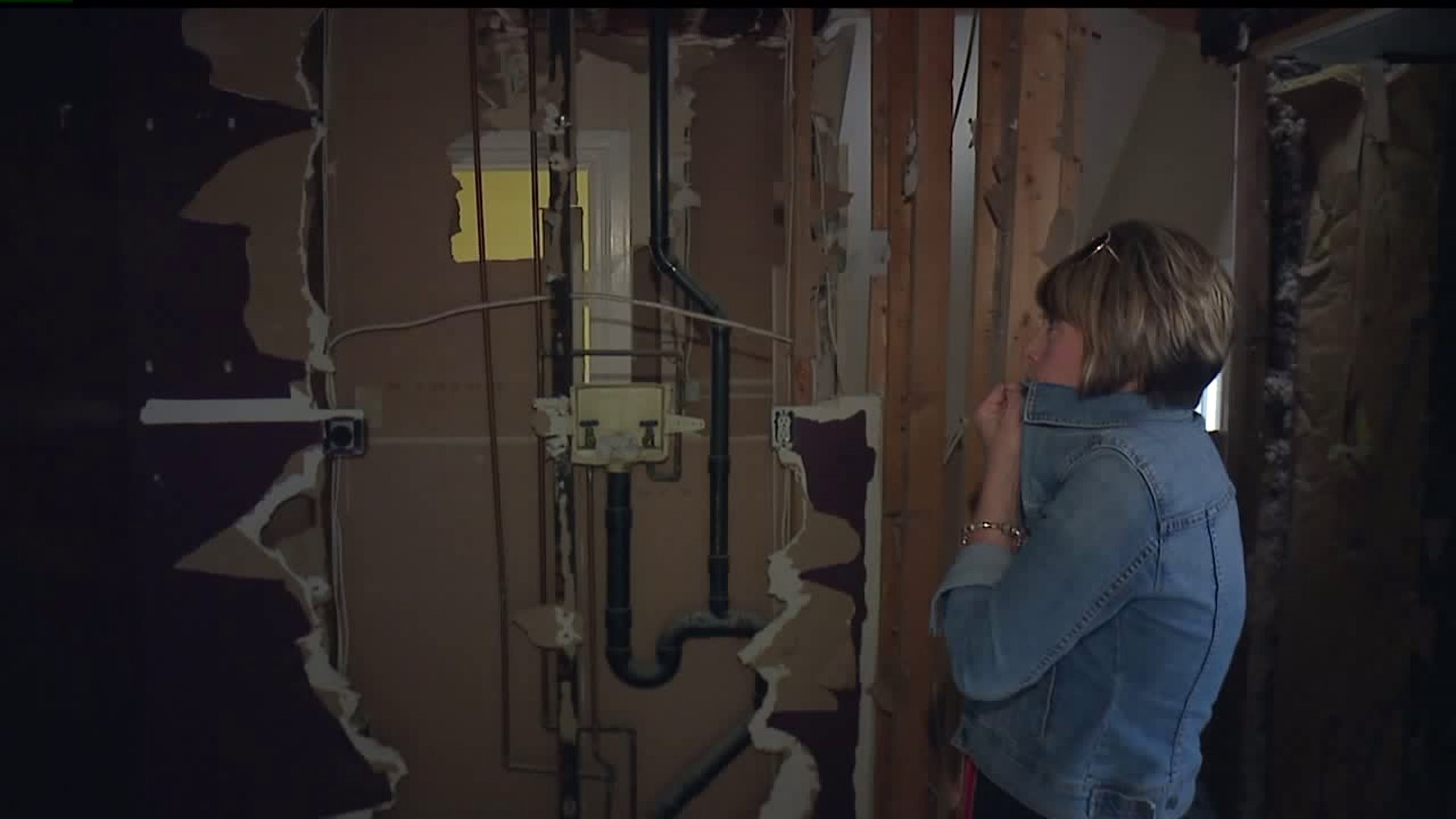 GLEN ROCK, YORK COUNTY, Pa. -- Homeowners of a Glen Rock, York County house are battling a disaster at home that was hidden for decades.

On the outside, their house looks like it could be the perfect home.

Inside, there were hidden dangers lying beneath the walls that forced the family to move out for their own safety.

The family only found out about the health hazards by accident.

Homeowner Tina Davenport said “we had a lot of memories in the house, my Christmas tree would be in this room."

What was once a dream house for Tina Davenport has turned into a nightmare. Repair work that began after a small kitchen fire caused by a crock pot in 2016 revealed a safety and health hazard the family says it unknowingly had lived with for more than 17 years.

"They got over to this side of the kitchen, and that`s when they discovered all of the charred beams, the burnt flooring, and the fact that the load bearing wall going on this side of the house didn't exist either," Davenport said.

"Strangely enough to say, it might have saved us, in some weird way," Davenport said.

Another fire broke out at the property in October 1986. The home was damaged to the point that in June of 1988, Glen Rock borough council minutes state the property was to be either sold or torn down.

"This was on borough council minutes, I do feel that there is some liability there in my opinion. How do you have governing minutes that state this property is at the stage that it was in your borough" Davenport said.

Despite council minutes stating the borough solicitor was to inform the owner of the hazards as being dangerous to children and neighboring residents, the house ended up being sold, not once but twice. It was first flipped, and then sold again before the Davenports bought it in 1998.

An attorney tells FOX 43 News that attempts to hold Glen Rock borough accountable for allowing it to be sold instead of torn down may be a challenge.

Attorney Walt Tilley said "it`s tough to sue a local municipality, and the reason is because it has what`s called governmental immunity, meaning that the legislature has protected municipalities from lawsuits, except in about great exceptions."

While attempts to sue the borough might be difficult, the Davenports also filed suit against the people who bought the house in 1988 and flipped it two years later.

"The focus is on those repairs and who knew what the extent of the damage was, that needed to be repaired, that`s where the focus on this case has to rest," Tilley said.

A lawsuit is not really what Davenport wants.

"I would like to have a home. My family deserves a home, That`s what we had, and it`s been taken from us," Davenport said.

"It`s a shame and I feel badly for the family," Tilley said.

FOX 43 News requested to see the Glen Rock permits from that allowed the fire damage to be covered up 30 years ago, but were told that all records showing companies hired to do work on the property from October 1986 to present do not exist or are not in possession of the agency.