Springettsbury Township Dad, Tom Duffy, is kicking off his Father’s Day weekend in true father-son fashion, having a catch with his three sons while his only da... 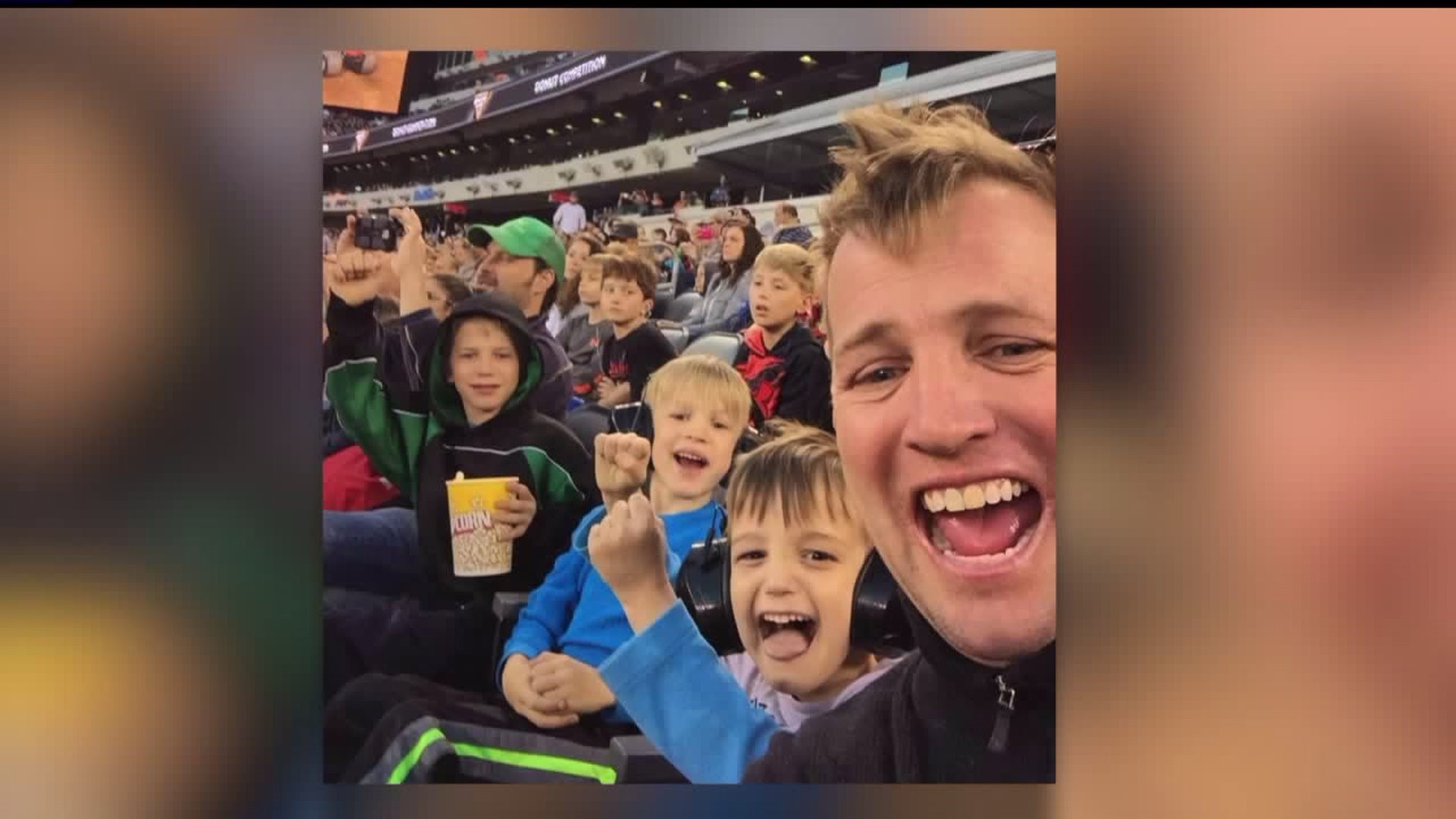 Springettsbury Township Dad, Tom Duffy, is kicking off his Father’s Day weekend in true father-son fashion, having a catch with his three sons while his only daughter, Sadie, watches on.

But there was a time when playing in the yard with the kids wasn’t possible.

“They’re wonderful kids, but three of them were born with some serious health issues. Tommy has had two open heart surgeries, joey has had a host of issues from a bone marrow transplant to chronic lung disease to numerous other things, and Sadie has also had one open heart surgery,” said Duffy.

The kids are doing better, but they are expected to need more surgery and treatment in the years to come.

“A lot of people wonder why it’s happened to our family with the three kids, and really there’s no reason. It just happened. Everybody else in both my wife and my family are healthy. We think it’s us because we can make positive out of it,” said Duffy.

Positive is an understatement.

“We don’t want them in their mind to think, 'Oh, I had a heart defect.' Tommy has a scar, and we’ve always taught him to be proud of the scar. You don’t need to hide it. That’s yours. Be proud of that,” said Duffy.

Teaching his kids to be proud of who they are and what they’ve been through.

“He’s loving, he’s patient when he tries, he’s the kind of dad you’d want your kids to have,” said Maura, Tom's wife.

But, he too, has been through a lot.

And as we approach Father’s Day…

“I made a card and an envelope with chocolate in it,” said Joey Duffy.

Tom already has the only gift he could ever want.

“We’ll do something as a family. Probably just hang out. It’s going to be a beautiful weekend,” said Duffy.