York County couple to marry this week despite life-threatening hurdle

YORK, Pa. — Jonathan Santiago fell in love with Ebony Kennedy five years ago in church, and this Friday he is marrying her. “When she walked in her ... 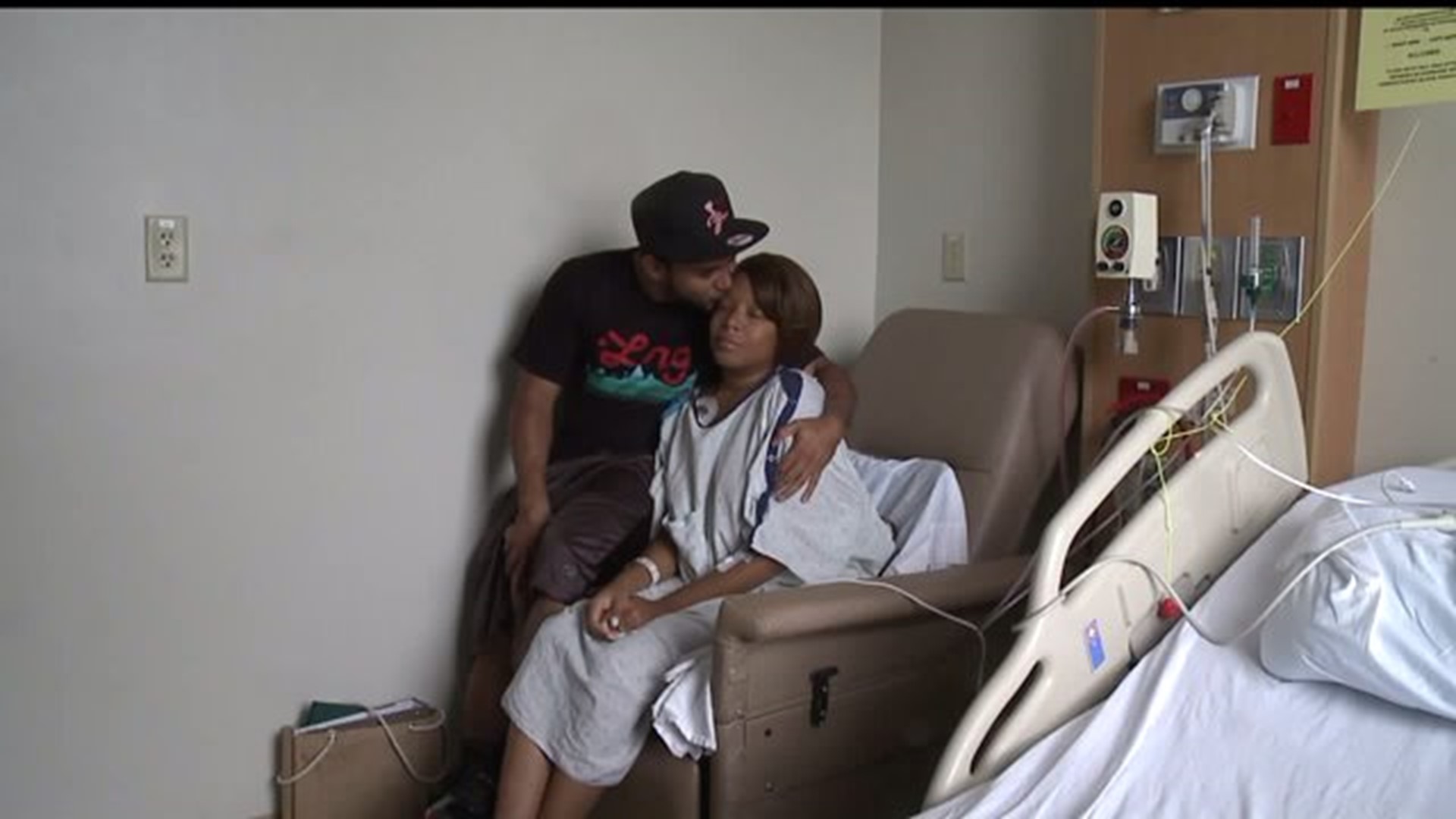 YORK, Pa. -- Jonathan Santiago fell in love with Ebony Kennedy five years ago in church, and this Friday he is marrying her.

"When she walked in her presence demanded respect," Santiago said. "We live in a world that's full of distractions that people lose love.  As long as you're willing to put in the work and ultimate goal is forever, it can be accomplished."

His philosophy on love is fitting, sitting next to Ebony, who should be ready to wear her wedding gown, but instead, she is dressed in a hospital gown. Doctors say Ebony will also need blood transfusions the day after her wedding, on Saturday.

She was diagnosed with a disease, sickle-cell anemia, at birth.

"Your red blood cells carry oxygen and if any time any part of your body's not receiving the oxygen, they can be fatal," she said.

Santiago learned about her hereditary condition two weeks into their romance. "She ended up in the hospital and that's when I kind of knew what it was and what was going to be my life," he said.

Kennedy said, "Why would you stay and put yourself in a situation like this, because it can be a lot, and his answer is he loves me, he loves me and why not!?"

Nonetheless, Kennedy's life-threatening disease will not keep her from walking down the aisle. The couple is continuing to plan their wedding from the hospital room.  "I'm determined, we're going to get there one way or another," Kennedy said.

But if that does not work, they have another plan in place. They will tie the knot in the hospital room. "I already told her, I would be here tomorrow in my suit and we will get married in here," Santiago said.

"When you have something good, hold onto it," Kennedy said.