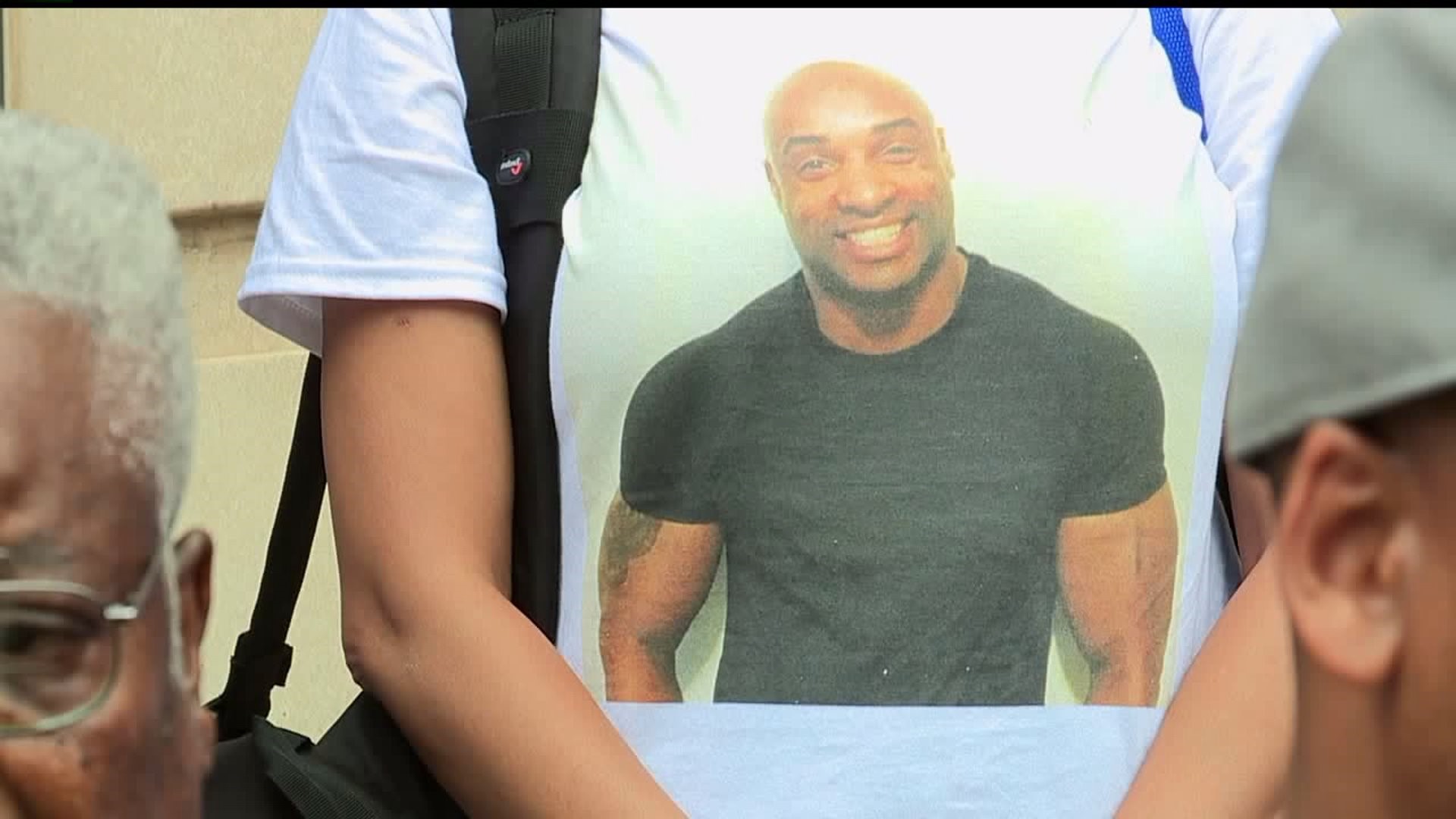 YORK COUNTY -- Deputies from the York County Sheriff's department have been assigned to keep watch over the York County Coroner's office after it has received threatening messages in the wake of national news coverage concerning the April 2018 death of Everett Palmer Jr. while he was an inmate at York County Prison.

A York County spokesperson said the sheriff's office is providing "undisclosed safety precautions" for both offices.

Coroner Pam Gay said during the weekend, they received a "firestorm of anger" she's never seen before.

“I understand there is a lot of emotion right now and I’ve certainly had my own as a result of this and other things and I feel for the family. I don’t want to put them through anything more and we are working hard to try and get answers for them,” said Gay.

The story was picked up by CNN over the weekend, resulting in national news coverage.

Gay issued a press release last Friday in response to the report because of the backlash they were receiving.

“I think that sometimes when this misinformation gets out, it can sort of mobilize the trolls and the people who believe everything they read without reading down to the bottom and they see a headline and, right away, choose to believe the headline instead of reading the entire article,” said Gay.

According to the original press release, Palmer became agitated and began hitting his head against the inside of his cell.

He was eventually restrained by prison officers.

Investigators say Palmer was taken to the prison medical clinic where he was noted to be unresponsive.

FOX43 covered a press conference by the family in July 2018 as they demanded answers regarding Palmer's cause and manner of death.

A few days after that press conference, the York County Coroner's Office released their autopsy report.

Palmer's cause of death was ruled to be "complications following an excited state associated with Methamphetamine Toxicity during physical restraint" with a "contributing factor to be probable sickling red cell disorder."

According to his family, Palmer never had any health problems leading up to his death. They also say the autopsy report of him hitting himself are completely out of character.

Gay said they ruled out suicide as a manner of death.

It is still under investigation to determine if it is one of the following: Accidental, homicide, natural or undetermined.

Gay said the manner of death determination can change as evidence comes forward.

“One of the reasons I ruled undetermined is because it was a mixture of a drug related, as well as some physical and health related concerns that were brought forward. Plus, that physical restraint component with the death in custody,” said Gay.

Gay said investigations into possible drug-related deaths can take one to three years, adding the fact Palmer's death in custody adds to the complexity.

She said a final autopsy report does not mean an investigation is finished and can be a catalyst for law enforcement's continued work on the case.

The family says Palmer did have “some history of drug use,” but never meth. Prison processing reports made available to the family provided no indication that Palmer was under the influence or had any drug paraphernalia listed in his items when he arrived.

“He would have had to receive (the meth) in the jail itself. We don’t believe that happened,” Lee Merritt, the family's lead attorney, told CNN.

“It’s not unusual to take organs out of a body during an autopsy, especially if you believe they were subject to trauma. The highly unusual part is to misplace them,” Merritt said.

For seven months, the family could not track down Palmer’s brain, heart or throat. They say they were told by the York County Coroner to check with the funeral home for the body parts.

The family says they were later told by the coroner that the body parts were at an independent lab. However, the lab, Merritt says, has refused to hand over the parts, citing an ongoing investigation.

Merritt says the family believes the body parts will reveal details of how Palmer died. “But we haven’t been able to get them back yet,” Merritt said. “His constitutional rights are being violated.”

Gay said in a press release on Friday, June 7 that "at no time" were Palmer's remains missing.

"At no time did we direct the family to the funeral home for "missing" organs, and we did advise the family through their attorney at the time that the organs referenced, the heart, brain and throat, had been retained by FPA (Forensic Pathology Associates) for further investigation."

"Forensic Pathology Associates (FPA) of Allentown, PA is currently in possession of the heart, brain and throat in accordance with the National Association of Medical Examiners (NAME) guidelines for Deaths in Custody during an ongoing investigation.

Gay also said the coroner's office, FPA and Mr. Palmer's immediate family have been in regular discussions since shortly after Everett Palmer Jr.'s death, "either personally and/or through the family's private legal counsel at the time, and arrangements were made with the family's private forensic pathologist to go to FPA and visualize and examine the organs for himself. That examination was conducted after FPA's final autopsy findings were released to the family."

York County District Attorney’s Office spokesperson Kyle King said, “The office of the district attorney does not comment on pending or ongoing investigations.”

According to the original press release, Pennsylvania State Police is the lead investigating agency.

She said they do not release that information to the public, saying it's the family's "prerogative" to do so.

FOX43 attempted to speak with Merritt but a message was not responded at the time of publication.

An attorney for the family, Marlon Kirton, said the family plans to issue a response on Tuesday