YORK, Pa. —  The York City Fire Chief is retiring after more than 28 years with the department. Chief David Michaels is passing the torch to a long-time c... 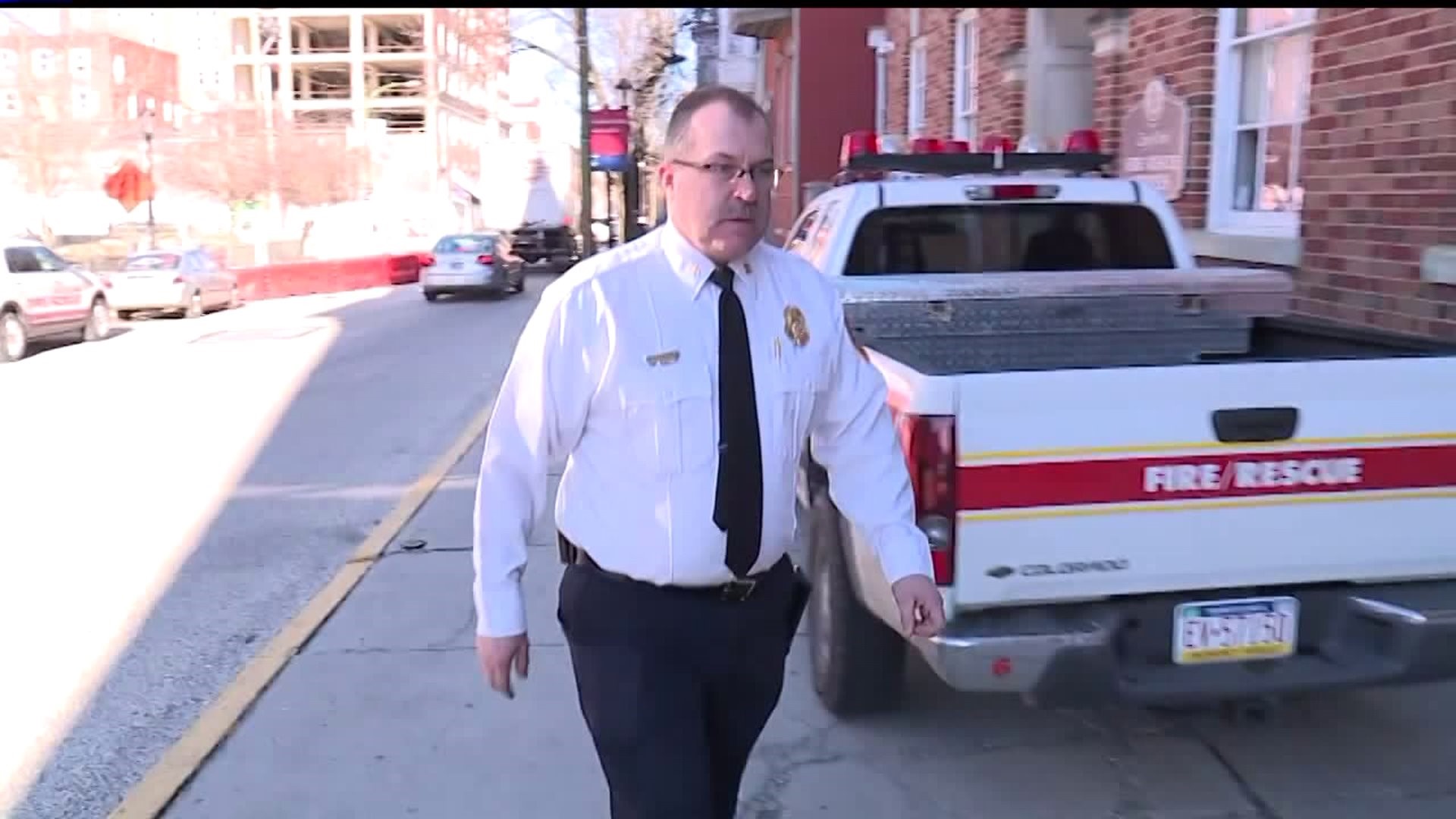 YORK, Pa. --  The York City Fire Chief is retiring after more than 28 years with the department.

Chief David Michaels is passing the torch to a long-time colleague and a like-minded friend, Deputy Chief Chad Deardorff.

Chief Michaels began his firefighter career in York in 1990.

Now, Chief Michaels is a bit older, has a family, and says he's ready for retirement.

A photo captures what Chief David Michaels says he will miss the most: a family of firefighters.

"I wanted to be a firefighter. I was blessed and fortunate to get this job young," said Chief David Michaels.

Chief Michaels took on the role of chief in April, 2012.

He says the city was in financial distress and the department was facing a rough time.

"One of the first things I had to do was lay off a few firefighters. We dropped in personnel, so it was a rough start," said Chief David Michaels.

His time as chief is ending much better than the start.

Officials swore in the largest class of firefighters, 10 men, since the 1970's... just a week before retirement.

"We were beating the guys up. They were working a lot. There were shifts... they were just here. They were a captive audience. We just had to keep them," explained Chief Michaels. "This gets us back to a level that there is some breathing room."

Deputy Chief Chad Deardorff tells us he is prepared to take on the challenges that still exist - outdated buildings and older equipment.

"I don't want to forget where I came from. I started as a firefighter in this department, and I know what it is like to sit at the firehouse and not be heard up through the ranks," explained Deardorff. "We all love the history of the department, but we also realize if we followed historically, if we followed history, we would still be in horse drawn apparatus... so we need to figure out that tipping point and what can we do to keep the history and focus on how we do things today."

As for Chief Michaels, he's hanging up his gear on a high note.

"It's been an honor to serve the City of York, and it's been a great ride," added Chief Michaels.

Chief Michaels is staying in the area; he will be taking on a role at WellSpan.

Deputy Chief Deardorff is brainstorming creative ways to get the money needed to upgrade the stations and get better equipment.