YORK, Pa.– York Mayor Kim Bracey said thanks to the people of York for helping with the cleanup of the city. She says it’s a welcomed sight t... 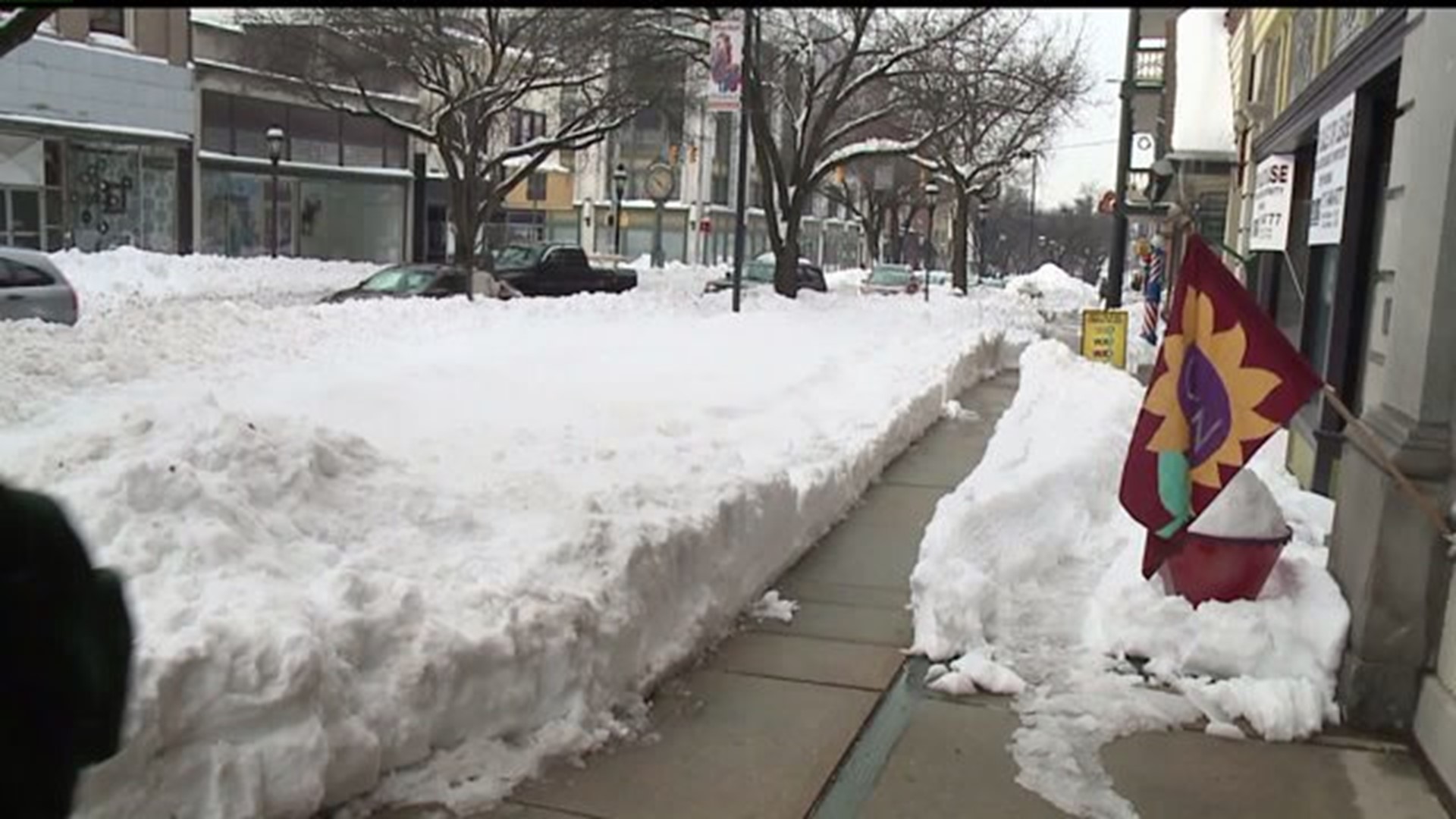 York Mayor Kim Bracey said thanks to the people of York for helping with the cleanup of the city. She says it's a welcomed sight to see this help.

Public Works Director Jim Gross said about 90% of the roads in York are open. Mayor Bracey said some of these roads are only a single lane wide. She is advising people to stay off the roads. She say the city is still under a snow emergency.

Businesses in York are opening their doors for the first time since the snow storm.

"There was no way of getting in here and shovel two to three feet of snow," My Girlfriend's Wardrobe Owner Alexandria Keener said.

Tuesday was the first day her store was open since the storm hit. She said her business's bottom line wasn't hit too hard because people went online for orders.

"Anybody who needed a warm place, a warm pretzel, a warm drink, they could find us here," he said.

He said it was also a process to remove the snow from in front of their store.

"Shoveling two feet of snow," he said. "It gets to be a little heavy."

His store along with others along Market Street worked together to clear the snow off the sidewalk. Keener said she appreciated the help with the snow cleanup.

Parking spaces are still covered in snow piles in the city. Mayor Bracey said to use the parking garages since they will remain free during the snow emergency.