YORK, Pa. — With every kick and splash, 9-month-old Parker is feeling a little more confident in the water. Parker and his mother, Stephanie Myers have be... 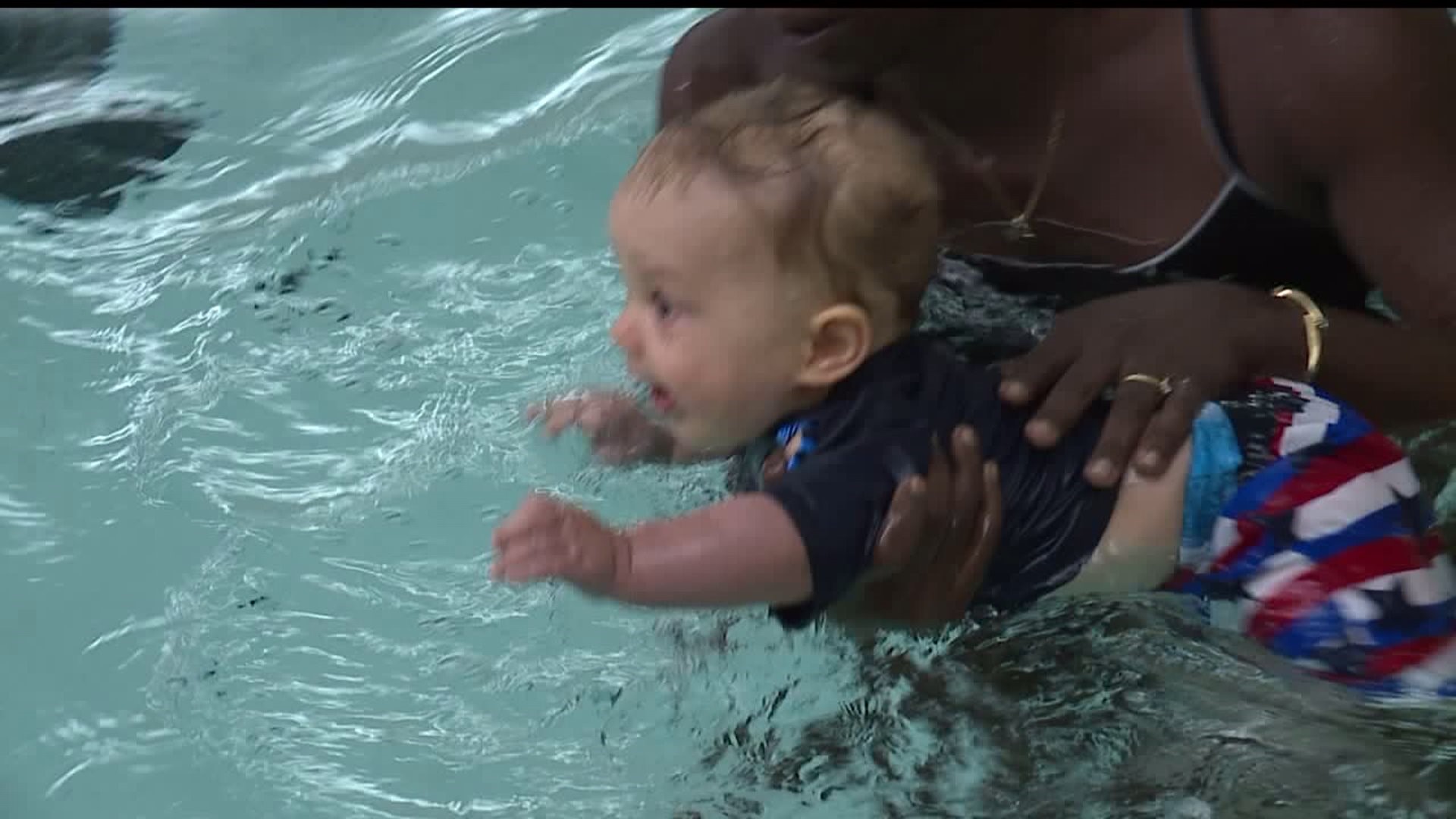 YORK, Pa. -- With every kick and splash, 9-month-old Parker is feeling a little more confident in the water.

Parker and his mother, Stephanie Myers have been working together with dedicated swim instructors at the YMCA in York to learn swimming skills most infants don't have.

"We have family and friends that have pools and we're going to Great Wolf Lodge in November, and I just think that it's important if you're going to have kids around water, that they're familiar with it, and that they have the skills necessary to save themselves," Stephanie Myers, mother of infant swim student.

According to the Centers for Disease Control and Prevention, putting your child in swim lessons at an early age could potentially save a life.

The CDC states that children ages 1 to 4 have the highest drowning rates, and among those drownings, most occur in home swimming pools.

Denise Johnson, who has been with the YMCA  for nearly 8 years teaches children as young as 6-months-old.

She says it's better to get your kids involved in lessons sooner rather than later.

Johnson says the children who go on to complete swim class stages for each age group, are taught use various techniques that allow them to breathe and propel themselves to safety.

"We're teaching the children how to roll over, and how to fill their bellies with air so that they can float," added Johnson.

And as for little Parker....he's already well on his way.

"You know, just four weeks ago, Parker wouldn't even get on his back, and now he's all the way on his back. So it's cool because you see progression every time that you come in," said Stephanie Myers, mother of infant swim student.

If you're interested in getting your child involved in swim lessons at the YMCA in York, visit: yorkcoymca.org