A York County woman is making it her mission to put iPads in every Autistic Support classroom in York County. Friday, she was one donation closer to that goal. ... 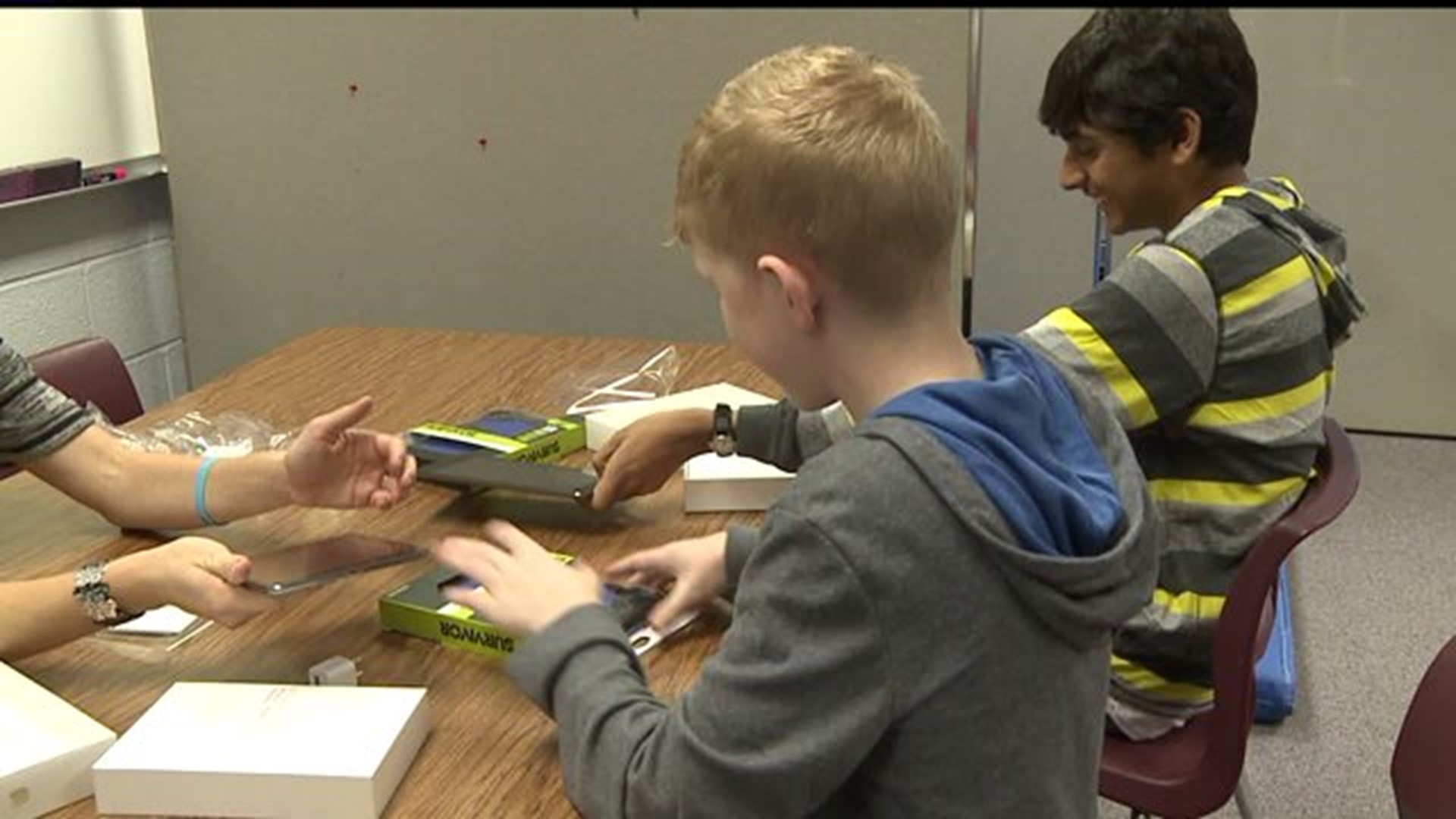 A York County woman is making it her mission to put iPads in every Autistic Support classroom in York County. Friday, she was one donation closer to that goal.

Her son Jacob, 20, has Autism. After speaking with one of her Jacob's teachers, and seeing how well he worked with an iPad, she created 'iPadz for Autism.'

"I was asking specific questions like if an iPad would help my son. The director of school age programming said she would like to be able to put them in every classroom," said Howard. And that has now become her goal, too. She turned her fictional charity into a real one last October.

One year later, she delivered her 12th donation, of two iPads, to the Autistic Support classroom at Dallastown Middle School.

Howard said the community support has been overwhelming. Eventually, she would like to not only put iPads in every Autistic Support class, but also in the hands of every student in those classrooms.

"I had a local businessman in Red Lion call me, he wanted to buy two iPads and donate them for one of the Red Lion Schools. The cash donations just kind of humble you," said Howard.

"They are able to navigate with technology and also, too, with my learners who are lower level learners that are not able to communicate, the iPad is a way to communicate with them, not only for speech but also through their academic skills as well," said Betz. Up until now she only had one iPad for her students.

"We have one iPad in my classroom, I would love to have more, so my first initial reaction was to contact Laurie and that is where we went from there," said Betz.

Now Betz has three iPads for her classroom, after a donation from iPadz for Autism.

"We have two brand new iPads!" exclaimed Betz as she showed them to two students.

For more information or to donate to iPadz for Autism click here.