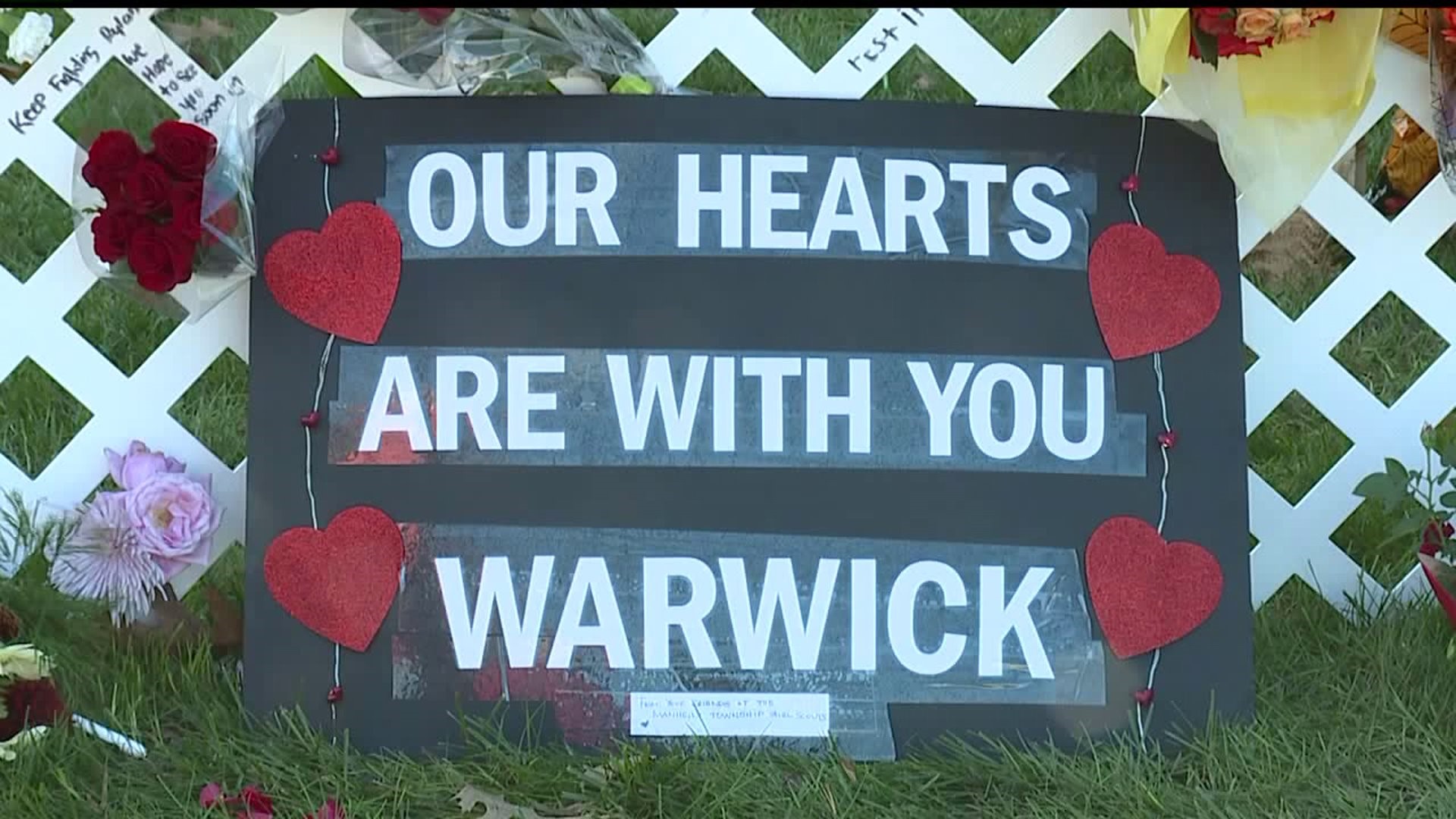 Friends, family, and community members continuing to gather in front of Warwick High School in Lititz to remember Jack Nicholson and Meghan Keeney, two students who lost their lives in an eight car crash Friday afternoon.

“One thing I’ve read a lot, is everyone saying, ‘Hug your kids a little bit tighter. You never know. Tomorrow is never a given,’” said Mike Stoner, who graduated Warwick High School in '92.

Police say they received reports of a woman driving erratically down Route 772 on Friday afternoon.

She got into a minor crash with a school bus, before ultimately slamming into seven other cars in front of Warwick High School.

Until now, police have remained tight-lipped about who this woman was, or why she was driving recklessly.

Tuesday they released her identity— 63 year old Debra Slaymaker-Walker, and announced she is still hospitalized and unconscious.

According to the Lancaster County District Attorney’s office, investigators were hoping to speak with her this week, but given her condition, they are not sure if and when she will be able to be interviewed.

Therefore, the circumstances surrounding the crash remain unclear, but the DA’s office reminds people Slaymaker-Walker is presumed innocent, and has not been charged with any crime.

So for now, those dealing with the aftermath of this crash are turning to the community for comfort.

“Being born and raised here, I know how much this community means to everybody. It’s a strong community. Not just Lititz, but the entire Lancaster County region,” said Stoner.

GoFundMe pages have been set up for Rylan Beebee, who is currently in the ICU, as well as the two students who lost their lives as a result of the crash, Meghan Keeney and Jack Nicholson.

According to Meghan’s GoFundMe, her family decided to donate her organs so her life and spirit can be shared with someone else in need.

Their GoFundMe pages are listed below: