Woman finds a dead bird in Del Monte can of spinach

PENNSYLVANIA — A Franklin County woman discovered a dead bird inside a can of Del Monte spinach. The company is now scrambling to come up with answers. &#... 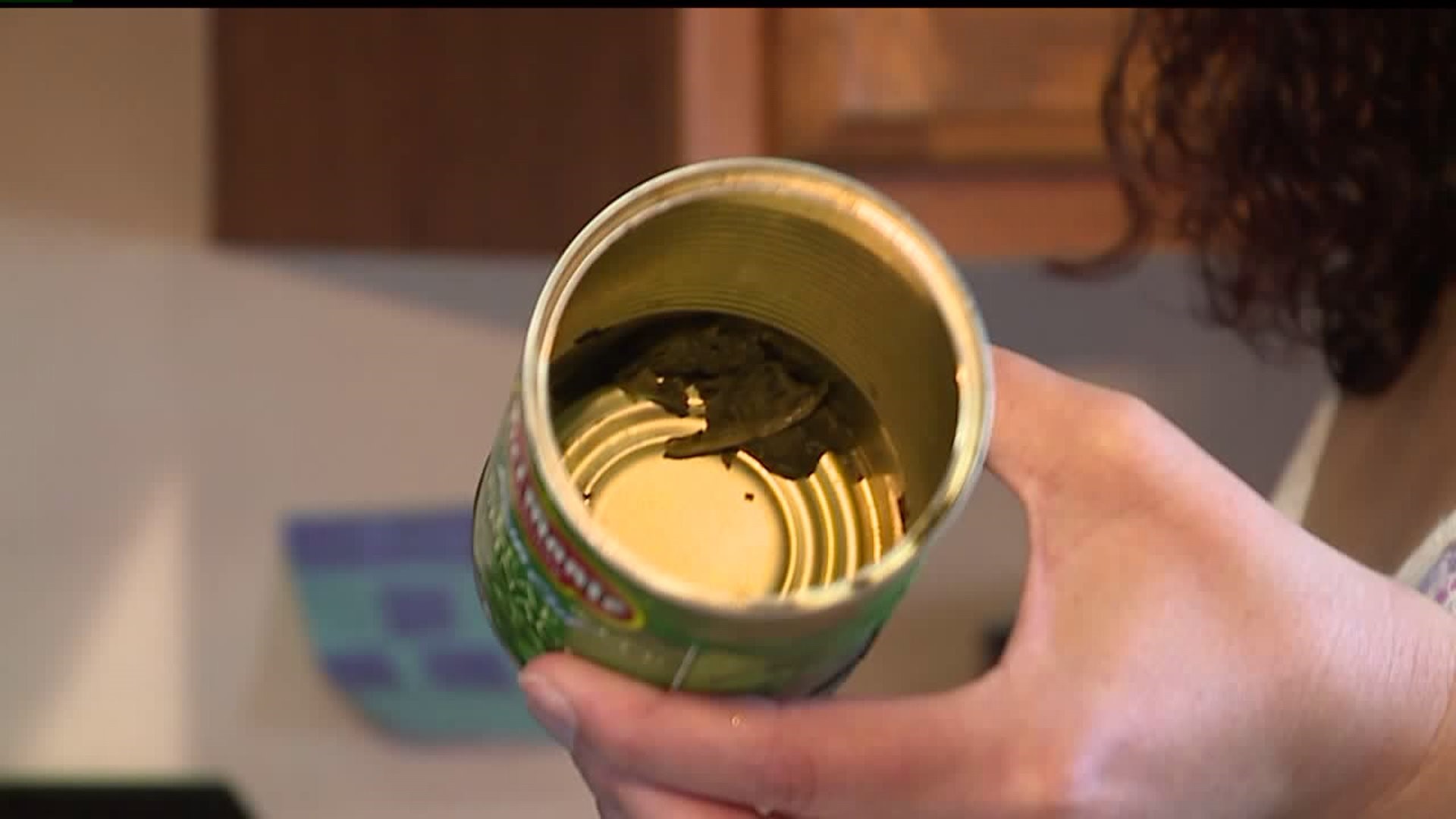 PENNSYLVANIA -- A Franklin County woman discovered a dead bird inside a can of Del Monte spinach.

The company is now scrambling to come up with answers.

"I was just shocked I couldn't believe it, I thought I was going to vomit," said Cherie Lyons.

"I dumped the spinach out into the bowl and I took a little bite like I usually do before I putt he spinach in the microwave, well then over here it was kind of lumped up, so I went to break it up with my fingers and when I broke it up, I picked up a bird," said Lyons.

She says the yellow beak was the first thing she noticed.

"They carry all kinds of stuff and I thought oh my god and I just ate a bite of that," she added,

According to Lyons, it took five days for anyone to get back to her.

They offered me a $10 check for my troubles, I was like, no thank you," she added.

Del Monte is now asking for her to ship a sample of the bird.

In a letter written to her from the company a representative wrote: "Dear Mrs. Lyons, I have made arrangements for your sample to be identified by a third party lab, enclosed are the items you will need to return the material found to the lab for review."

FOX43 reached out to Del Monte Foods  asking what it will be testing for, where it will be tested, how this could have happened, if the company plans to recall other cans and if this has ever happened before.

While many of our questions went unanswered, we did receive a statement reading:

"Del Monte Foods is committed to providing high quality, safe and nutritious foods. We are working with the consumer to gather more information and investigate the matter. We implement strict controls throughout our operations to ensure our products meet the highest levels of quality, safety, and purity."

"I mean to find something like that, it sticks with you," said Lyons. "They should have a health inspector check them out because I mean that's a pretty major thing," she added.

According to the FDA, reports like this from consumers are not common.