HARRISBURG, Pa. — Pennsylvania Governor Tom Wolf unveiled on Tuesday a $33.3 billion budget proposal for the 2016-17 fiscal year. Yet, when it came time t... 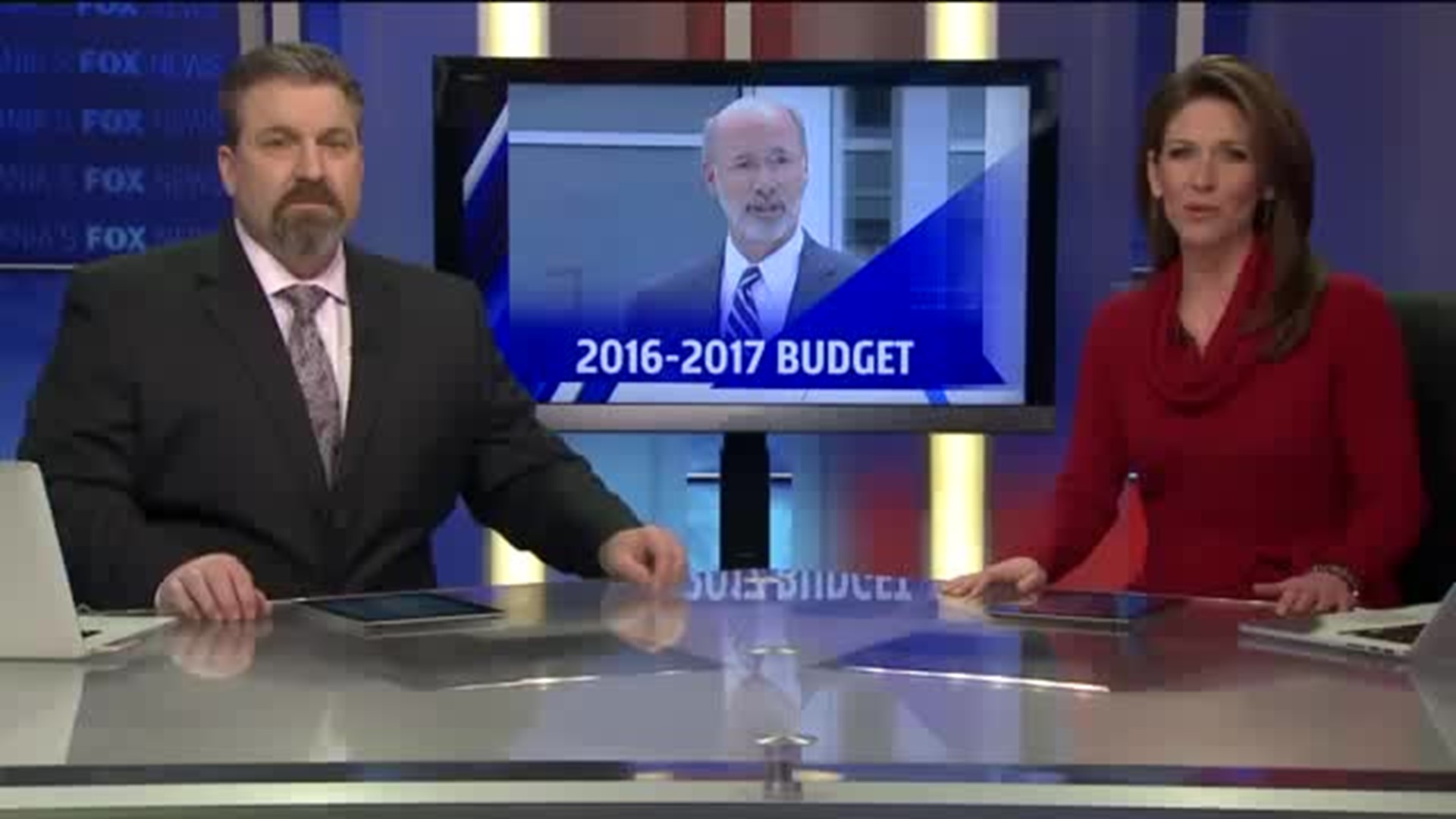 HARRISBURG, Pa. -- Pennsylvania Governor Tom Wolf unveiled on Tuesday a $33.3 billion budget proposal for the 2016-17 fiscal year. Yet, when it came time to present his spending plan to members of the state House and Senate, Wolf went after many of the same lawmakers he'll need in order to pass it.

He and his cabinet presented their spending plan Tuesday while still working to complete the previous year's budget. The 2015-16 plan was locked in an impasse until late December, when Wolf signed a $24 billion partial budget, and vetoing approximately $7 billion.

"This will not be an ordinary Governor’s budget address," Wolf opened his budget address to a joint session. "Usually, this speech is an opportunity to lay out an ambitious agenda for the year ahead."

However, instead of outlining his spending plan for the upcoming fiscal year, Wolf largely attacked Republican lawmakers who he blamed for not completing the previous year's budget. He referred to multiple GOP-led budget proposals as "gimmicks" and "dime-store magic tricks." When he accused Republicans of going home for the holidays when he believed a framework budget agreement was in place before Christmas, the GOP-majority in the House chamber booed.

"If you won’t face up to the reality of the situation we’re in. . . if you ignore that time bomb ticking. . . if you won’t take seriously your responsibility to the people of Pennsylvania – then find another job," Wolf said.

After the 25 minute speech, Republicans responded to the governor's fire with heat of their own.

"As a chief executive as governor of commonwealth, your job is to bring people together to move forward," Senate Majority Leader Jake Corman (R-Centre) said. "His mission today was to divide and unfortunately he accomplished that."

House Republicans assembled on the Capitol rotunda steps moments after Wolf completed his speech, and shot back with an equally terse tone.

"Unless the governor picked up a leprechaun with a pot of gold in his Jeep," House Majority Leader Dave Reed R-Indiana) said in reference to the governor's car, "There is not chance that budget is based in reality. There is no chance there are the votes in the House and Senate to raise the taxes necessary to balance that budget."

Governor Wolf's tax plan includes an 11 percent personal income tax hike, from 3.07 percent to 3.4 percent, which will raise approximately $1.4 billion. Wolf proposed a 6.5 percent tax on natural gas in the Marcellus shale region. The possibility of a severance tax is currently being discussed in the House Environmental Committee. The tax on cigarettes was increased from $1.60 per pack to $2.60. He also put forward a 6 percent sales tax on cable television and movie theater tickets.

"If we don’t have sustainable revenue sources in our budget, the result will be billions of dollars in new property tax hikes," Wolf said.

Wolf lamented not being able to get a 2015-16 budget completed when, according to him, an agreement was in place with House and Senate leaders prior to Christmas. That deal, the "framework" as it's been called, has been dead for over a month, according to those same leaders.

They're proposing a completion of the current year's budget before moving forward on 2016-17.