LOWER SWATARA TWP., Pa. – One of the Madison Wiggins of Boiling Springs has always wanted was a puppy as her best friend. On Monday, thanks to the Make-A-... 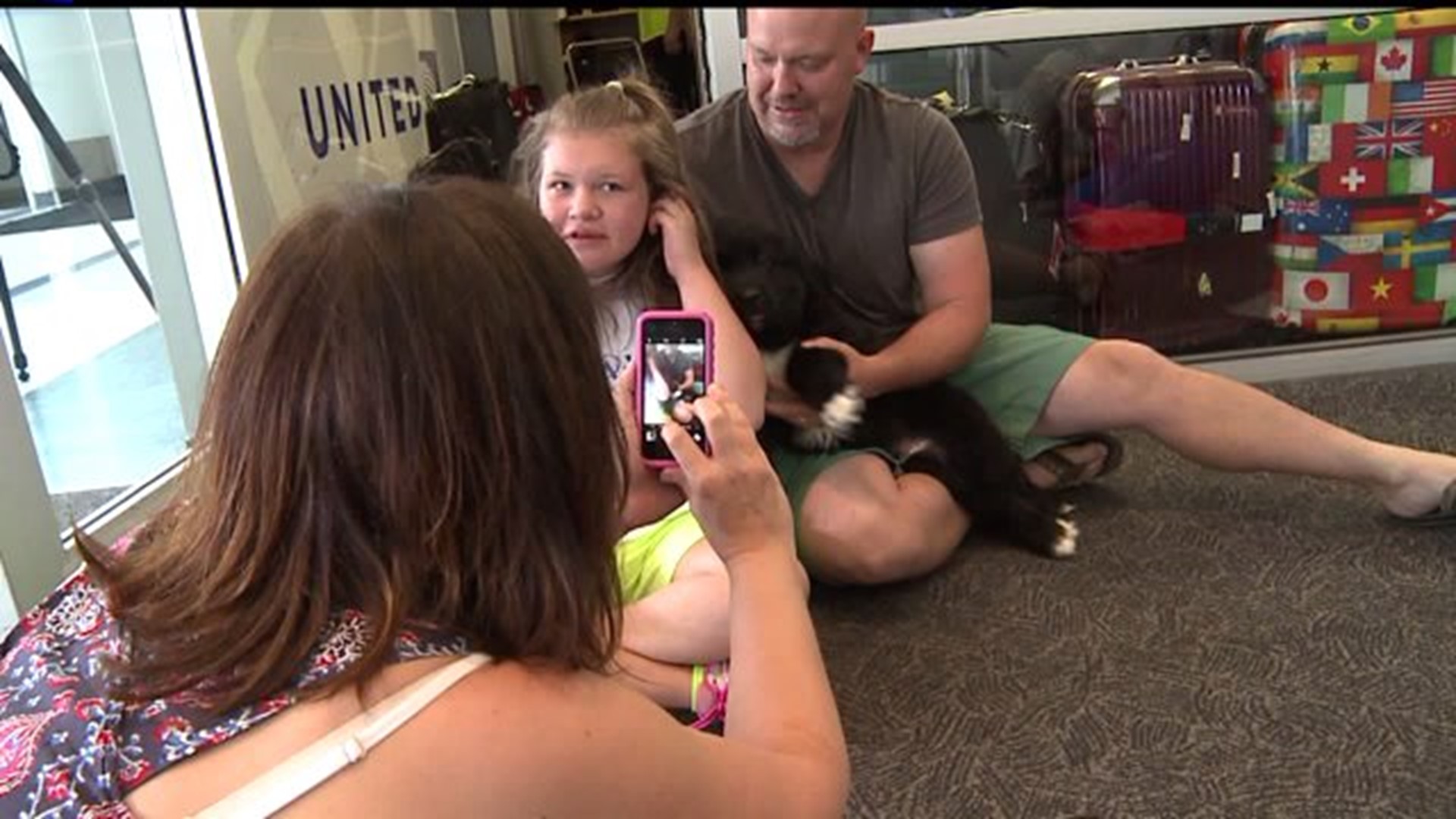 LOWER SWATARA TWP., Pa. - One of the Madison Wiggins of Boiling Springs has always wanted was a puppy as her best friend.

On Monday, thanks to the Make-A-Wish Foundation and Purebred Breeders, her wish was granted, as she and her family went to Harrisburg International Airport to pick up her pooch for the very first time.

Wiggins, 17, suffers from intractable seizures, meaning they cannot be controlled with treatment. She is also non-verbal and on the autism spectrum, and as a result, her parents wanted to give her a furry best friend to help make her days a bit brighter.

"Any special needs kid has a hard time socially, kind of fitting in, not a lot of sleepovers, not a lot of playdates, so we just thought this would be a good fit for her to have a best friend," Deena Wiggins, Madison's mother, said.

The family spent the afternoon playing with the two-month old Newfoundland puppy, artistically named Vincent van Dogh, feeding him treats by baggage claim. There is a reason for the name.

"He has a playmate already at home...a cat named Pablo Picatso," Deena explained.

After arranging for transporting Vincent van Dogh, or Vinny for short, with Purebred Breeders, Make-A-Wish made arrangements for the Wiggins to pick up Vinny in style, arriving in a limo. Weeks ago, the organization provided the family with a shopping spree at PetSmart and will cover the cost of training Madison's new best friend.

"No matter what the wish is, the same expression is what you see today like on the faces of this family, because they're so happy and that just makes everything that we do so worthwhile, because that's what we're here for, is to grant the wishes and make them happy," Sherrie Davis of the Make-A-Wish Foundation said.