The National Weather Service has issued a WINTER STORM WARNING for parts of the area that goes into effect tomorrow morning through Sunday morning.  York and La... 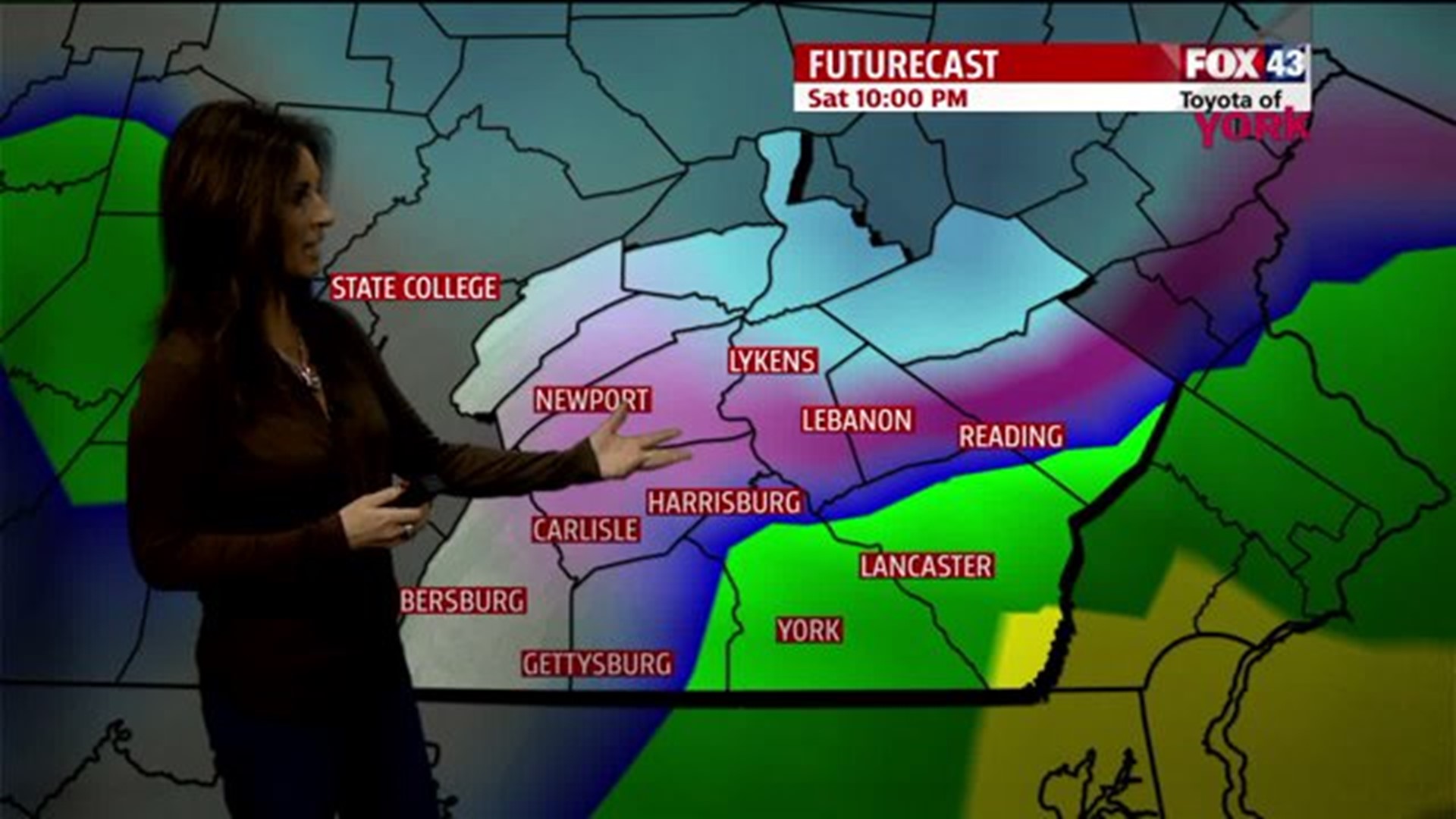 The National Weather Service has issued a WINTER STORM WARNING for parts of the area that goes into effect tomorrow morning through Sunday morning.  York and Lancaster are under a WINTER WEATHER ADVISORY

Tomorrows system is moving faster and will arrive earlier.  Temperatures will be colder so there is a greater chance for several inches of snow to accumulate before changing to a mix late tomorrow night into the overnight period.

If you have plans to head out the best time would be early in the day.  As we head through the afternoon, conditions will deteriorate. Traveling will become more dangerous with slick conditions likely.

Temperatures will slowly rise through the 20s.  Eventually heading into the late evening and overnight, warmer air tries to invade the area at the surface as well as in the upper levels.  This will transition the snow to a mix, specifically freezing rain, for a period and even to rain mainly south and east before ending early Sunday morning.

Sunday conditions should improve and temperatures should continue to rise to near 40.  Winds will be breezy and colder air will spill in for the start of the work week once again.

Thankfully, the winds will be easing up and shift more to the southwest around 5 mph.  Afternoon clouds that do develop may clear for a few hours before returning late.  Temperatures will be cold for your Friday plans so be prepared for teens and single digits late.

Clouds thicken quickly and snow will arrive early in our western counties as our next system takes shape and heads in.  Temperatures will be cold in the single digits and will slowly climb to the 20s.  Snow will spread across the area as the day continues and traveling conditions will get more tricky and slick as we head through the day.  It is best not to be traveling in the evening as visibility will be lowered, roads may become more hazardous to travel and snow rate will be heaviest.   Several inches is likely to accumulate before warmer air tries to invade both at the surface and in the upper levels.  The snow will start to change to a mix including sleet and possibly freezing rain.  Areas to the south and east may even see a change to plain rain.  The precipitation should wrap up west to east by early Sunday morning. Clouds will hang on for the second half of the weekend but temperatures should warm to near 40.   Breezy conditions likely and colder air will rush in once again late into Monday.

We start the week cold with lows in the teens and highs only in the low 20s under partly to mostly sunny skies.  Tuesday morning we head back to the single digits but high pressure keeps the area dry another day before the next system comes in midweek.  Highs Tuesday will still be well below average in the middle 20s.  Wednesday a disturbance swings in with a small chance for flurries or light snow but some models indicate the development of a coastal low which needs to be watched.  Highs will rebound a bit to the low 30s but another Arctic shot will quickly envelop the area by Thursday and the rest of the week.

Have a great Friday!