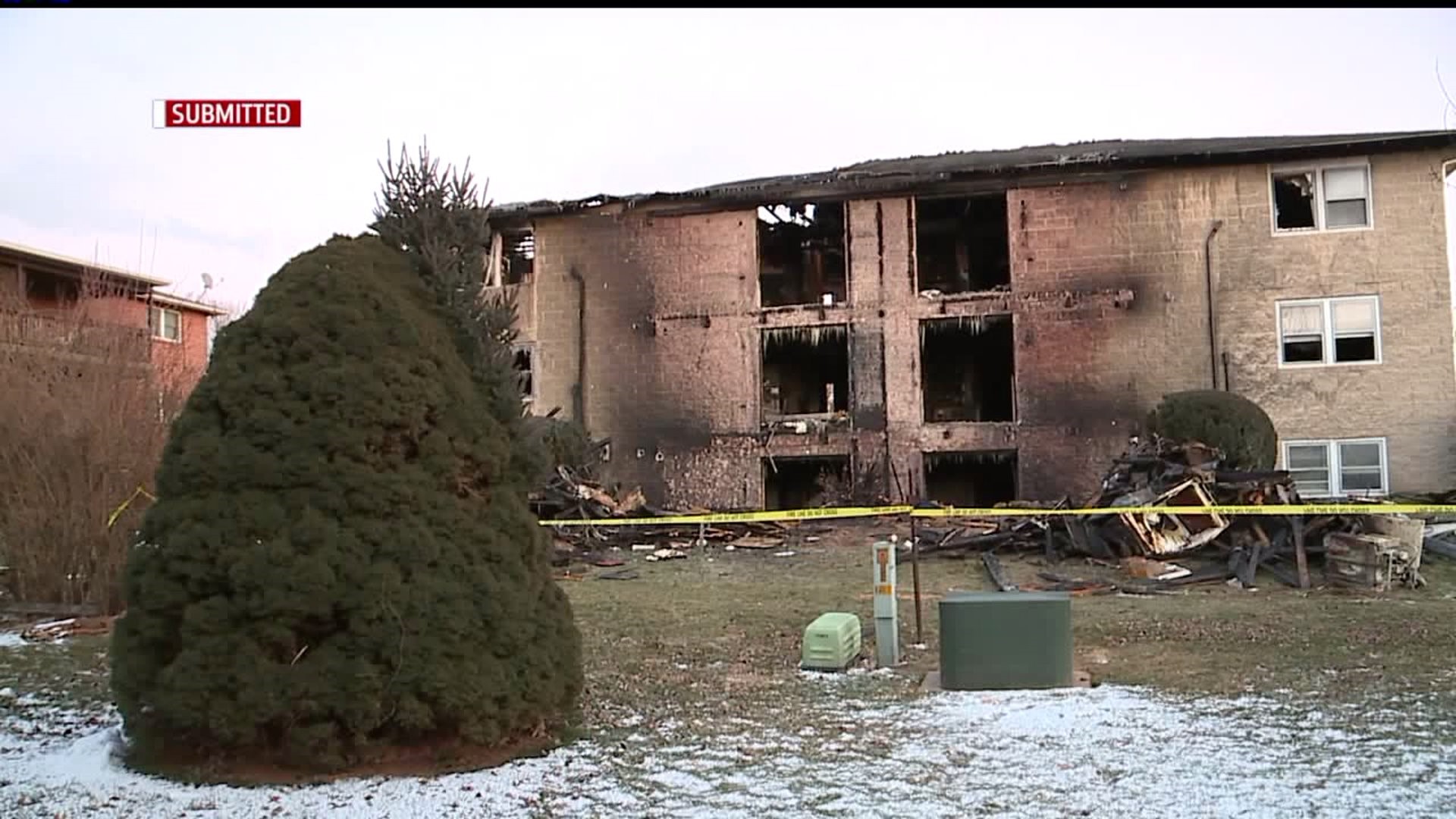 The fire left 13 people in Chambersburg without a home.

The Chambersburg fire chief says the fire started in rear of the building, and the wind quickly pushed flames throughout the complex.

The fire destroyed the building.

A neighbor's photo shows the flames that destroyed 6 apartments on Byers Avenue.

Our camera captures what's left of that building in Chambersburg.

"The winds were a contributing factor to the fire spread as well as it hampered the fire fighting operations when we got on scene," said Chief Dustin Ulrich with Chambersburg Fire Department.

The brutal cold didn't help either.

The same water used to fight the flames turned the road into a sheet of ice and created other challenges.

"Long exposure out on the scene, especially, frozen hose lines as you can see on the scene, and it definitely takes a toll on the apparatus too," added the Chief.

There was concern about the toll on firefighters as well.

"We brought in the county 911. The county 911 brought in their rehab trailer, which as heat in it, and we have extra ambulances on scene, and we continuously rotate crews in and out to make sure they're warm," explained Chief Ulrich.

"We're just a small part," said Jacob Crider, Emergency Management Coordinator. "The credit goes to them, but anything we can do to help them... We really like to try to help."

Officials say 13 people are now without a home.

"I feel bad. I'm hoping if they're sitting here in a car or whatever - my heart goes out to them," added Crider.

Two cats died in the flames.

Firefighters, fortunately, rescued three others and nobody inside the building or fighting the fire was injured.

"As a citizen, I'm very thankful they are out here because if something like this were to happen to me, I'm glad to know there are so many volunteers and paid firemen who have chosen this career to help everyone," said Crider.

Because there is so much damage, the chief says it could take days to determine the cause of the fire.