PHILADELPHIA, Pa. — It was an emotional day at Feldman Shephard law firm in Philadelphia on Wednesday. Jessica Lybrand, the wife and mother of two of the ... 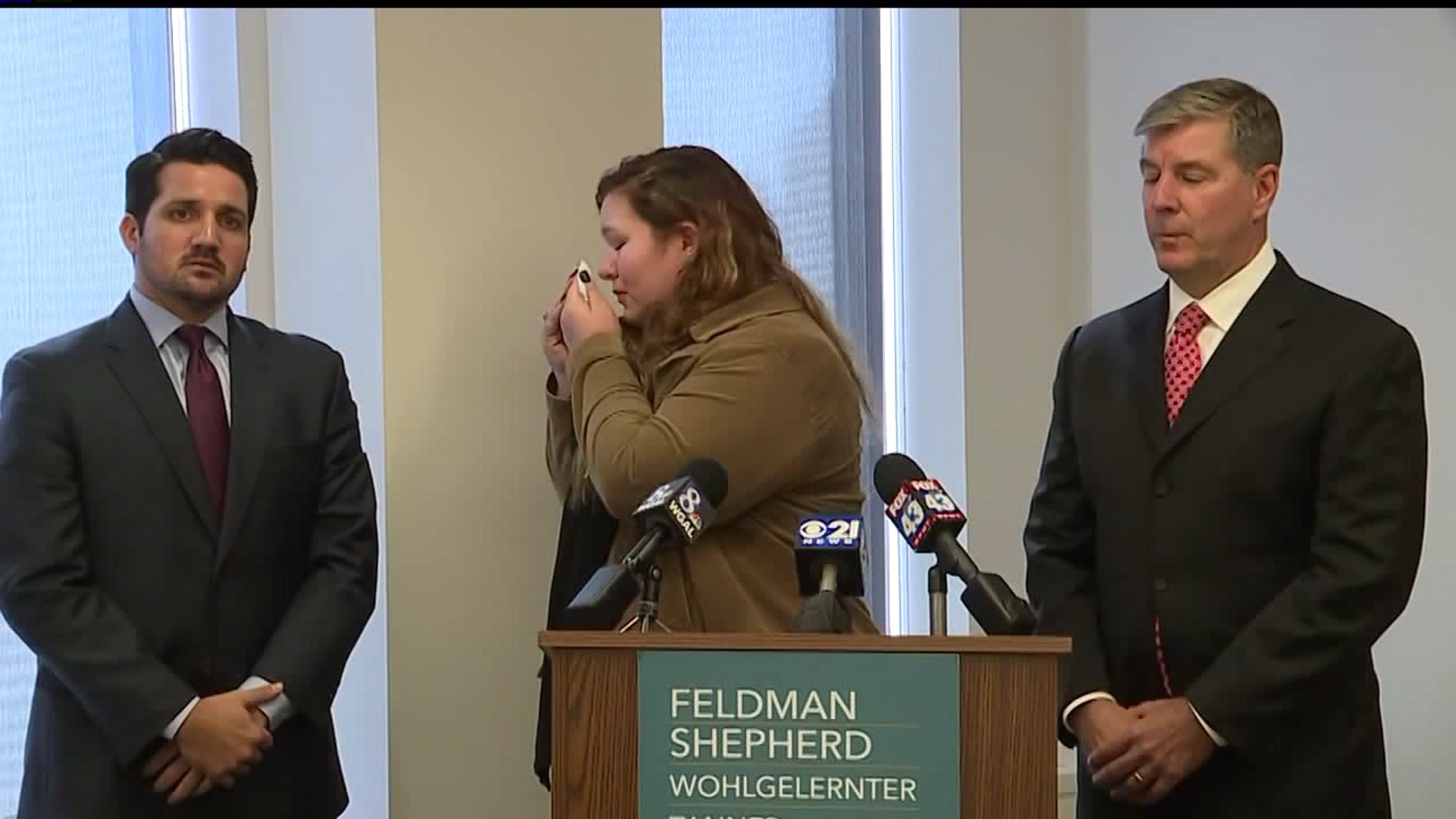 PHILADELPHIA, Pa. -- It was an emotional day at Feldman Shephard law firm in Philadelphia on Wednesday.

Jessica Lybrand, the wife and mother of two of the victims who were killed in an triple fatal I-83 crash earlier this month is now taking legal action.

According to police, 29-year-old Jack Satterfield, of Mississippi, was drunk when his tractor-trailer hit and crashed into multiple vehicle along northbound Interstate 83 Northbound on October 12.

It happened near Union Deposit Road in Dauphin County where there was construction taking place at the time.

Court documents reveal Satterfield was driving on a suspended license and had been previously charged in the state of Mississippi in connection to drug possession.

Jessica Lybrand, wife and mother of two of the victims, says Satterfield should have never been on the road.

Lybrand and her attorneys at Feldman Shepard say they also want the construction company, J.D. Eckman, to be held accountable for not displaying enough road signs to slow down, as well as the trucking company, Greentree Logistics, that Satterfield was working for.

“Those of you that drive the I-83 corridor know that since this construction project began, that road in it of itself presents many hazards, particularly to an impaired driver. The first responders in that area know it all too well, they’ve seen an eighty percent increase in traffic accidents since they began," said Mark Tanner, attorney at Feldman Shepard in Philadelphia.

FOX43 reached out to both  ‘J.D. Eckman’ and ‘Greentree Logistics’ for comment, however we did not hear back.

Satterfield is currently being held at dauphin county prison.

He has been charged with a wide range of charges —  including homicide by vehicle and driving under the influence.

Lybrand and her attorney's hope to take this case to trail in the next 18 months.