What you should know about Snapchat’s Snap Map feature

HARRISBURG, Pa.–A new feature on a popular social media app can let people know exactly where you are… if you’ve opted in. Snapchat’s ad... 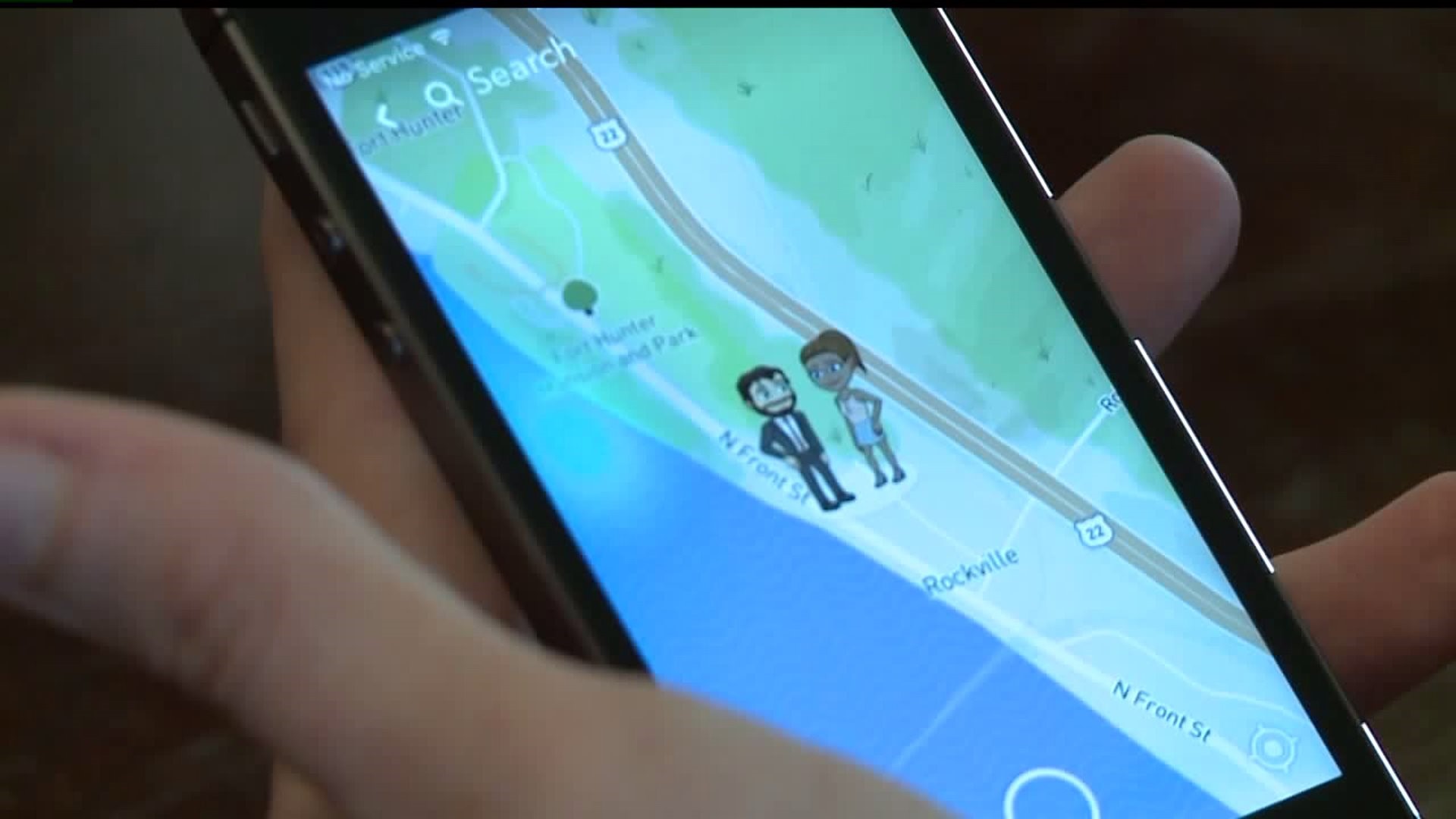 HARRISBURG, Pa.--A new feature on a popular social media app can let people know exactly where you are... if you've opted in.

Snapchat's added a new way to share with friends -- Snap Map. Snap Map will share your location with friends at any given time if you have the setting turned on -- just open up Snapchat on your device.

"If you want to see the Snap Map, we would actually have to pinch the screen, and you can see our little Bitmoji," said Joseph Henderson, an Information Technology Specialist for Information Network Associates in Harrisburg.

You'll also notice the little icons displaying your Snapchat friends if they have their location settings turned on -- like Trevor Sayer of Enola who shows us his Snap Map and where all of his friends are.

If you select ghost mode in the see my location tab under settings, that hides your location, but you can still see your friends on the map if they've opted in to showing their whereabouts.

Snap Map also features blue orbs; that's places where people who have public settings have uploaded photos or videos to "Our Story".

"We can look around Harrisburg, we can see blue dots all over the place. So if we go to City Island and tap on that, it just starts going through what is in that area," explained Henderson.

That means you don't have to be friends with the person to see what they are and what they're up to. Henderson says that can be problematic.

"It's in the same category as something you might post on Facebook, you might snap and upload something to my or our story you may regret later, so you just need to be careful with that," he said.

"I mean, where's it come to, at this point, with all this technology," said Marty Metka, a grandmother.

Another mother, Tammy Strayer, says she doesn't worry too much about the location sharing.

"I think the only concern I've ever had is maybe my 19-year-old will see where his friends are and being like, 'Oh, I'm not there' kind of thing," said Strayer.

Henderson says all apps share personal information; it's understanding that app's settings and applying them correctly so you're in control over what information you or your children are freely giving out.

"You may want to make sure the settings are configured in such a way that that's the information you want to give out -- either your location or who your friends are, that sort of thing," added Henderson.