What you need to know about the 2017-2018 Pennsylvania budget: it’s unbalanced

HARRISBURG, Pa. — An unbalanced budget in Pennsylvania, and lawmakers in the State House and Senate scrambling to agree on a fix.   Part of the budget pas... 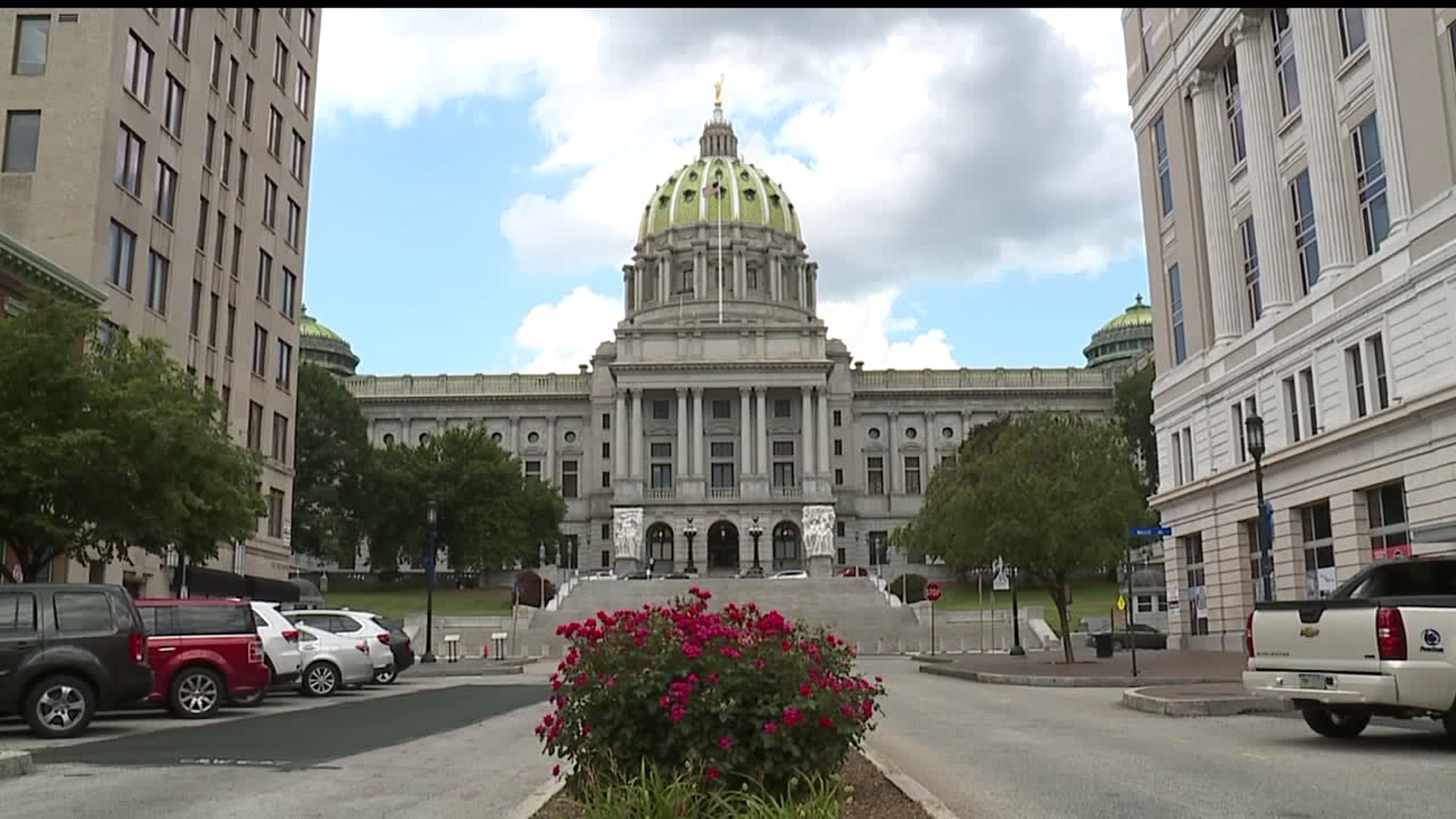 HARRISBURG, Pa. -- An unbalanced budget in Pennsylvania, and lawmakers in the State House and Senate scrambling to agree on a fix.
Part of the budget passed, the spending plan, when Governor Tom Wolf let it go into law Monday.
How to pay for the spending is the other half of the budget, and no resolution in sight.
This isn't the first time Governor Wolf has allowed a spending plan to become law without an equal revenue plan, and lawmakers say they have been here trying to figure out what can be done so taxpayers don't ultimately suffer from the imbalanced budget.
The Pennsylvania budget, a complex subject, easier to understand when broken down into its parts. First, you have a spending plan; that's one half of the whole.
Similar to shopping, Republican State Senator Dave Argall says if you want to spend money, you need to have money.
"That's how you get into a deficit. You spend money, you don't have. Our friends in Washington can do that; we can't do that here," said Senator Argall.
T hat's where the revenue plan comes to play. When the spending plan matches the revenue, you have a balanced budget.  When they don't match, you have the current situation in Pennsylvania.
Right now, lawmakers can't agree on how to pay for $2 billion of the $32 billion spending plan that Governor Wolf let go into law.
"Which is a little unusual, but that's what he chose to do," said Senator Argall.
That's where things like taxing natural gas, allowing video gaming terminals or VGTs, in our bars and restaurants, or borrowing come to play. Another option is to borrow $1.5 billion from the Tobacco Settlement Fund, which some Democrats like Madeleine Dean see as a quick fix and not a real solution to the increasing costs of running the state.
"By borrowing massive amounts of money, that is a direct tax increase to Pennsylvanians. It's just being hidden by the majority party," said Rep. Dean.
$600 million designated to state-affiliated universities like Temple, Penn State, The University of Pittsburgh, The University of Pennsylania, and Lincoln University is up in the air too. That money helps lower the costs of in-state tuition.
"I think children, young people, students are going to be at risk of higher tuitions," said Rep. Dean.
An imbalanced budget can also adversely effect Pennsylvania's credit score.
"With the credit downgrades we have suffered, we are spending more than $100 million a year in increased interest payments," explained Rep. Dean.
That burden can fall on the tax payer, because again, like shopping, you can't pay for something with nothing so lawmakers in the House and Senate must agree on a way to come up with $2 billion in revenue.
"Until you get 26 senators to agree, 102 representatives, and the governor, there is no deal," said Sen. Argall.
If the budget debate continues, state funding for some agencies could eventually run out, or even be frozen. Lawmakers hope there is a balanced budget in place before that could happen.