WEST YORK, Pa. — A new detective in York County will soon be sniffing out crime. West York police will soon be training their new bloodhound, Prince, to l... 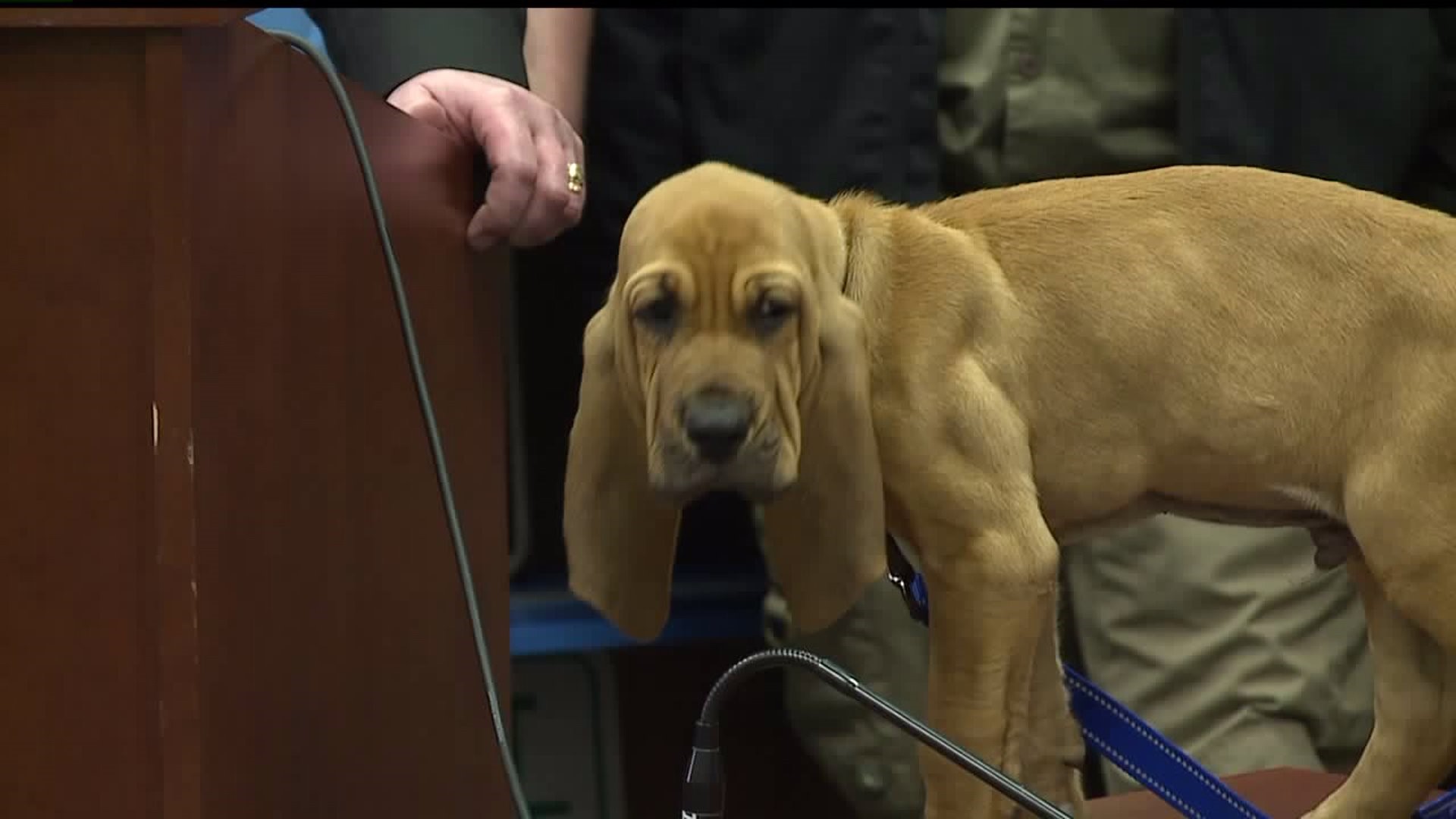 WEST YORK, Pa. -- A new detective in York County will soon be sniffing out crime.

Musselman said, "He will stay with me 24/7. We will essentially be attached at the hip, and we'll be available 24 hours a day, 7 days a week for any missing persons."

The duo will be training together for eight months to a year before Prince is fully operational in finding people.

Musselman picked up the 13-week-old puppy from the Jimmy Ryce Center in Florida.

Mayor Shawn Mauck said, "The Ryce Foundation ensures that agencies like ours and the county have assets like Prince to ensure we can find missing children, abducted children."

Mauck said the bloodhound is a valuable asset for the borough.

He said, "We are starting an autism registry where Prince would be an asset to find children with autism who wander off."

He would also be used to find seniors with Alzheimer's.

The team's current bloodhound, Lou, has been with the team since 2008, but will soon have to retire.

The police department is happy to welcome his replacement.

"We've been working steadily rebranding our police department making it a true asset for the county," Mauck said.

Musselman said, "I love him already. He's my little buddy."