CARLISLE, Cumberland County, Pa. — In the girls volleyball Class 3A championship game, West York took on Warren, in Carlisle on Saturday. In the first set... 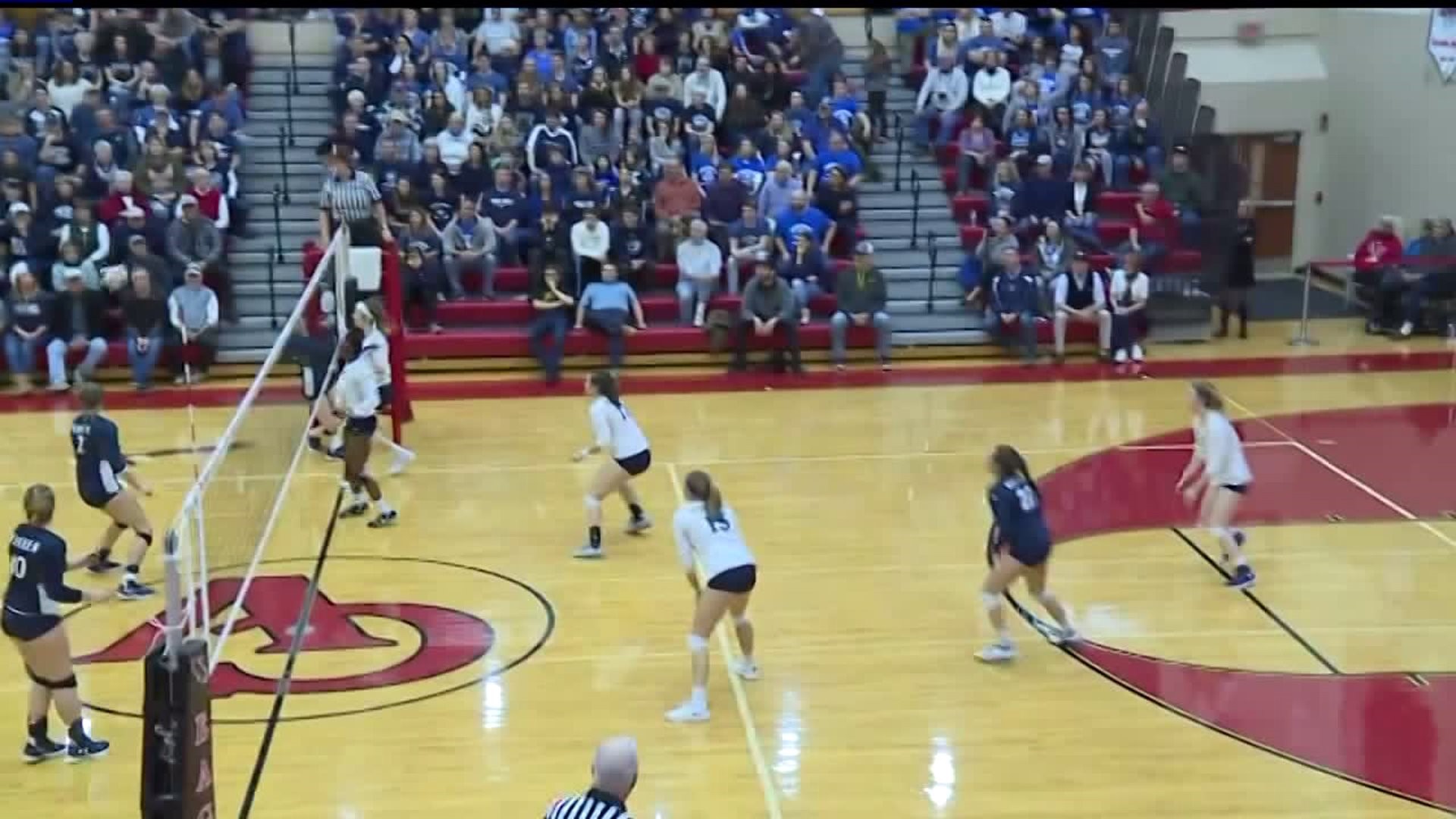 In the first set, West York built a comfortable lead behind Tesia Thomas. They got a key block from Thomas and Kiersten Bowser en route to a first set victory. West York took the first one, 25-15.

The second set was close early on, but once Wet York took a 12-11 lead, they never looked back. Taylor Morley set up Alayna Harris, giving the Bulldogs a 12-11 lead. The second set win meant West York just needed one more to close out the game and claim the state championship.

"You know, at the end of the day, we set goals throughout the entire season to continue to win our Division II in the county again, which we are repeat [champions]...and once it came to the tourney time, we just said, 'Let's go and have fun and let's see what happens,'" said West York coach Joe Ramp.

"Volleyball's one of those things were you cannot be individuals at all," said West York's Tesia Thomas. "I feel like over the years, we've gotten closer and closer every year, and I think this year has been our best."

It's the first state title in program history.