SHIPPENSBURG —  In Cumberland County heavy winds caused major damage in the surrounding area. A more than 50-foot tall tree took out power lines on the 40... 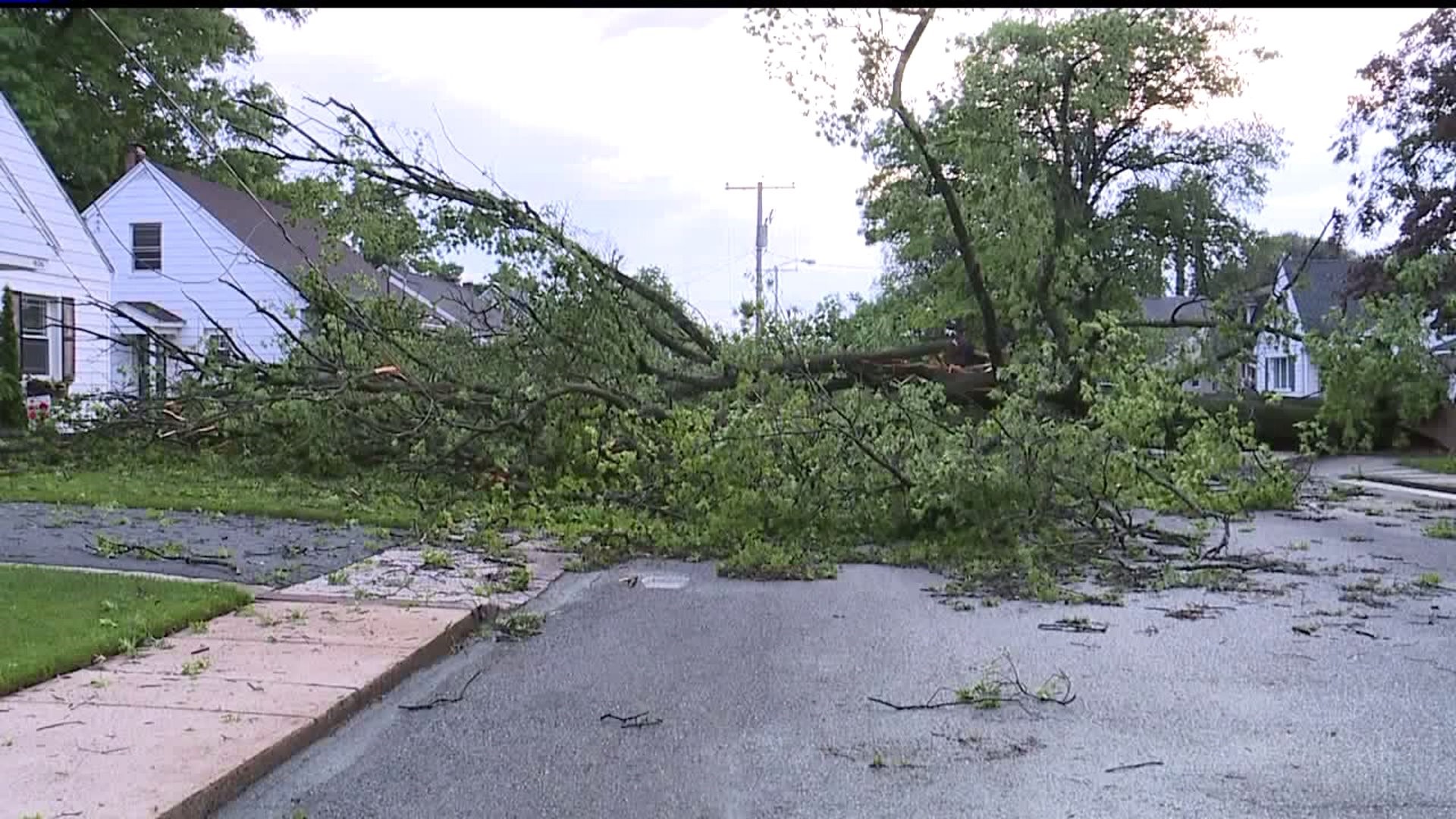 A more than 50-foot tall tree took out power lines on the 400 block of sunset lane, forcing people on the block to stay in their homes until power to the lines was shut off.

“I could hear some branches hitting the house so I was little panicked," said Morgan Crider. “I wasn’t expecting to open my door to this," she added

In Southampton Township along Red Oak Lane, a 50-foot tree toppled onto a home leaving a six inch hole through a roof.

“I heard a big bang and a strong bang, like you could almost feel it," said John Illo.

Other families calling the storm a scene out of a movie.

“My phone blew out of my hand," said Mellisa Weber. "We found the phone over here in the neighbors yard half an hour later," said Tony Weber.

The couple says their backyard furniture and trampoline landed nearly 100 feet away from their home into a neighbors yard.

“It just started to spin and I was like oh my god I have to get everybody in!"

For those without power, crews from Penelec -- which services the area ---  will be restoring power Thursday morning.