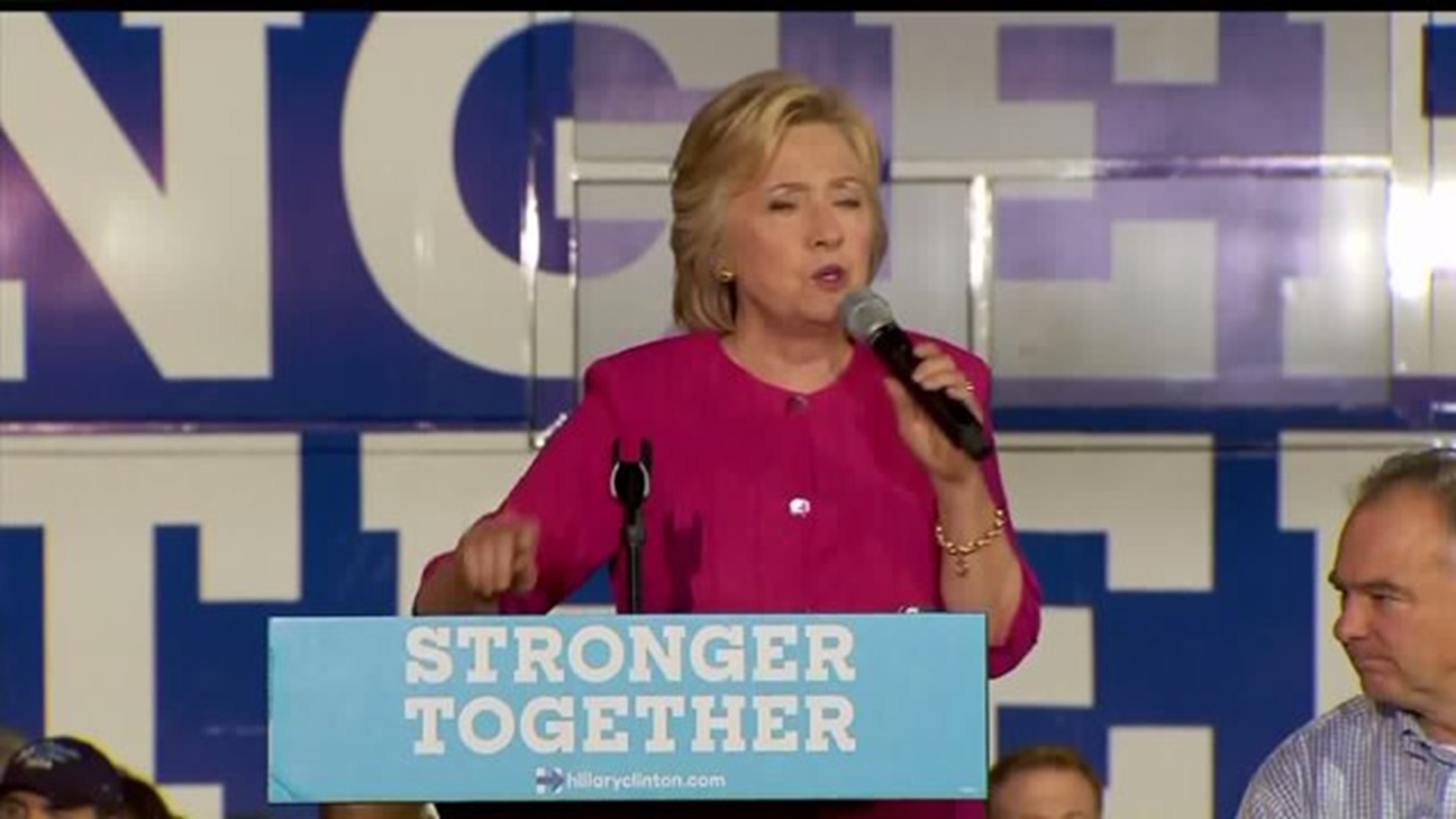 They were joined by their respective spouses on the stage, former President Bill Clinton and Ann Holton, after State Rep. Patty Kim, State Senator Rob Teplitz and Governor Tom Wolf warmed up the crowd to make the case for the ticket.

Clinton's focus at tonight's rally was to highlight creating the largest number of jobs since World War II during her first 100 days in office. She touted a study by a former economic advisor to Republican Sen. John McCain that her jobs plan could create as many as 10 million new jobs.

Her agenda, Clinton says, will focus on good-paying jobs that support middle class life, not just those at the top.

Clinton also doubled down on many of the talking points from her speech at the DNC, including student debt, raising the minimum wage and expanding credit to small businesses.

Following tonight's rally in Harrisburg, Clinton and Kaine will continue on the campaign trail across Pennsylvania heading to Pittsburgh tomorrow, hoping to court the swing-state voters that could decide November's election.