Was Mike McQueary actually in danger when Penn State put him on paid leave? 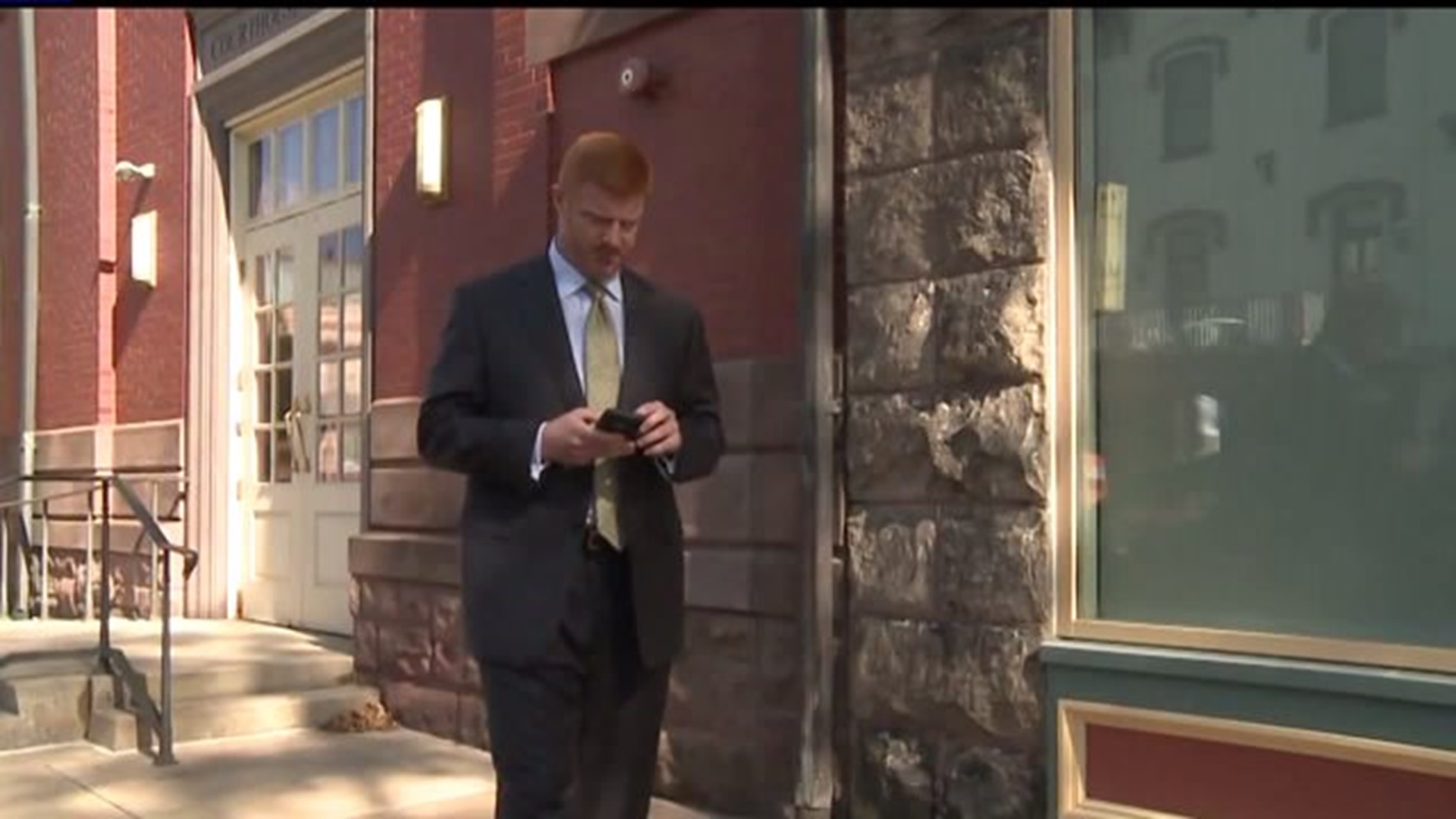 BELLEFONTE, Pa. -- The lead investigator in the Jerry Sandusky scandal from Pennsylvania's attorney general's office testified Wednesday that he did not believe Mike McQueary was in danger when Penn State placed him on administrative leave in November 2011.

Anthony Sassano told jurors no one from Penn State contacted the attorney general's office or local police with concerns of McQueary's safety. It wasn't until after the former Nittany Lions player and assistant coach sent Sassano a series of threatening emails, including death threats, that he and his office deemed the threats not credible.

"These were kooks, nuts," Sassano said of the email authors. "There were numerous barriers put in our way the entire investigation by Penn State."

Penn State maintains it removed McQueary from his coaching position out of fear for his safety and the safety of the public attending the upcoming football game against Nebraska.

McQueary remained on paid leave until he was let go in June 2012.

His lawyers argued this week that the university fired him "with malice" after he spoke with attorney general investigators and lawyers about seeing Jerry Sandusky in a Penn State shower abusing a young boy in 2001. McQueary was the only Penn State coach to come forward.

McQueary was listed in the grand jury presentment as a "graduate assistant", until his name was outed after the presentment became public on Nov. 5, 2011.

An email thread between McQueary and Sassano show how McQueary was getting bombarded with hate-mail and threats in the days after it was learned he reported Sandusky's abuse to then-head coach Joe Paterno.

"They have said, 'He is worse than Sandusky.' They say I'll get charged. For what? I don't know," McQueary said of the national attention. "National talk shows are saying the most brutal things. Not about the perp (Sandusky), but everyone else."

Sassano defended McQueary, calling him a "linchpin" in the case against Sandusky, who played a "key role in providing information."

Wednesday's testimony began where Tuesday left off, with former associate and interim athletic director Mark Sherburne testifying about the decision to keep McQueary from coaching that week against Nebraska.

Sherburne said the school decided to put McQueary on paid administrative leave on Thursday, Nov. 10 after meeting with athletic department administrators. Sherburne testified he met with McQueary and interim head coach Tom Bradley that night and told him he wasn't going to coach Saturday.

"I didn't seem to think it was unreasonable," Sherburne said of not having McQueary coach.

Sherburne said McQueary was sent a university press release announcing the decision to keep him out of the stadium. It read:

Sherburne said McQueary responded to the release, asking the school to hold off until he heard back from his lawyers and public relations firm. McQueary then wrote back to Sherburne with a new statement:

Penn State decided to release the statement McQueary's team wrote, instead of its own, Sherburne said.

When asked during re-direct examination by McQueary's attorney Elliot Strokoff, Sherburne said the McQueary-written statement was "absolutely " truthful when compared to Penn State's original message; it was the university's decision to not have him coach, not McQueary's or Tom Bradley's. 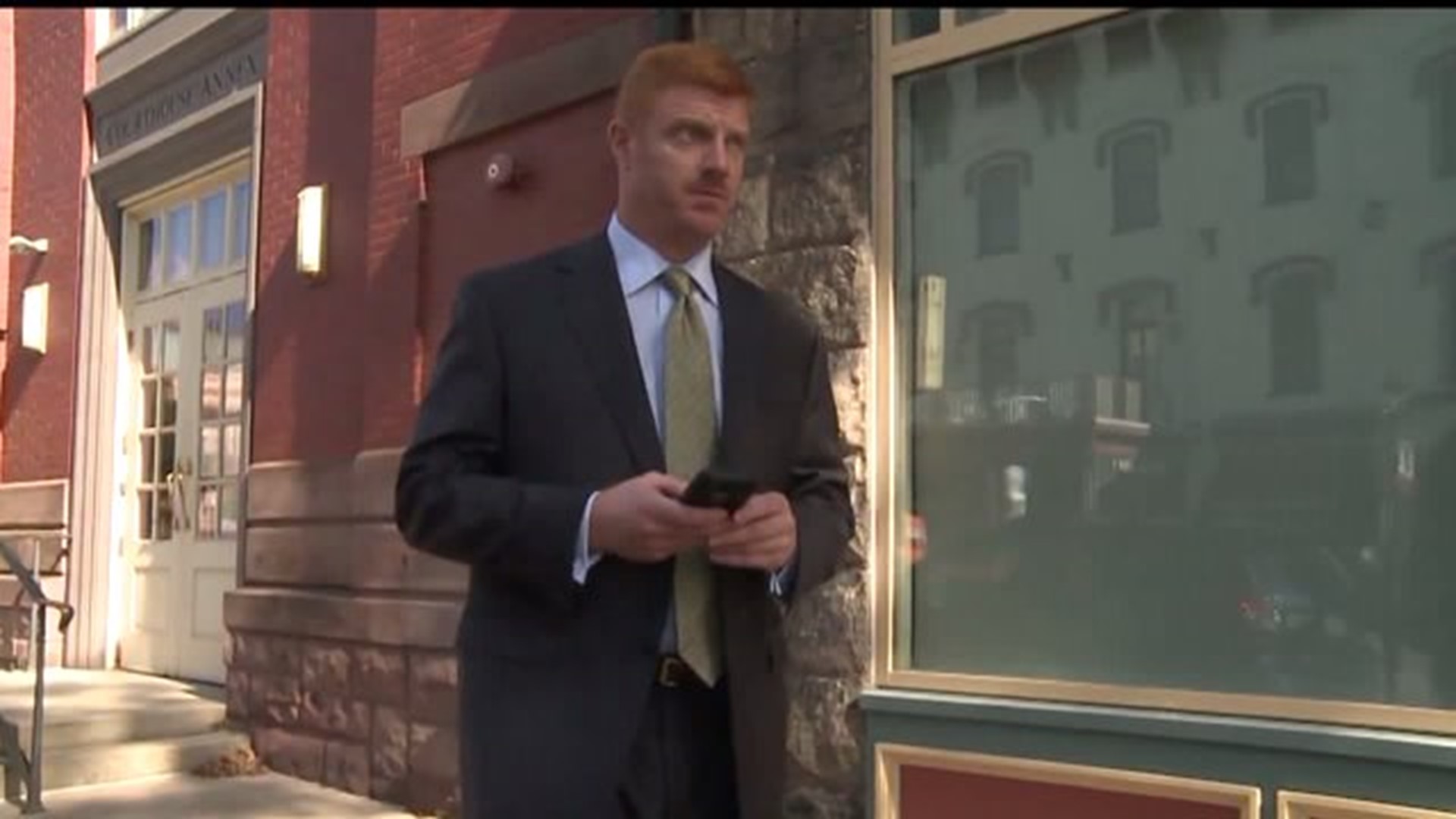