HARRISBURG, Pa. — When Michael McCoy, Jr. was growing up, he and his father had a special bond, wrapped around a special saying. “Always remember.&#... 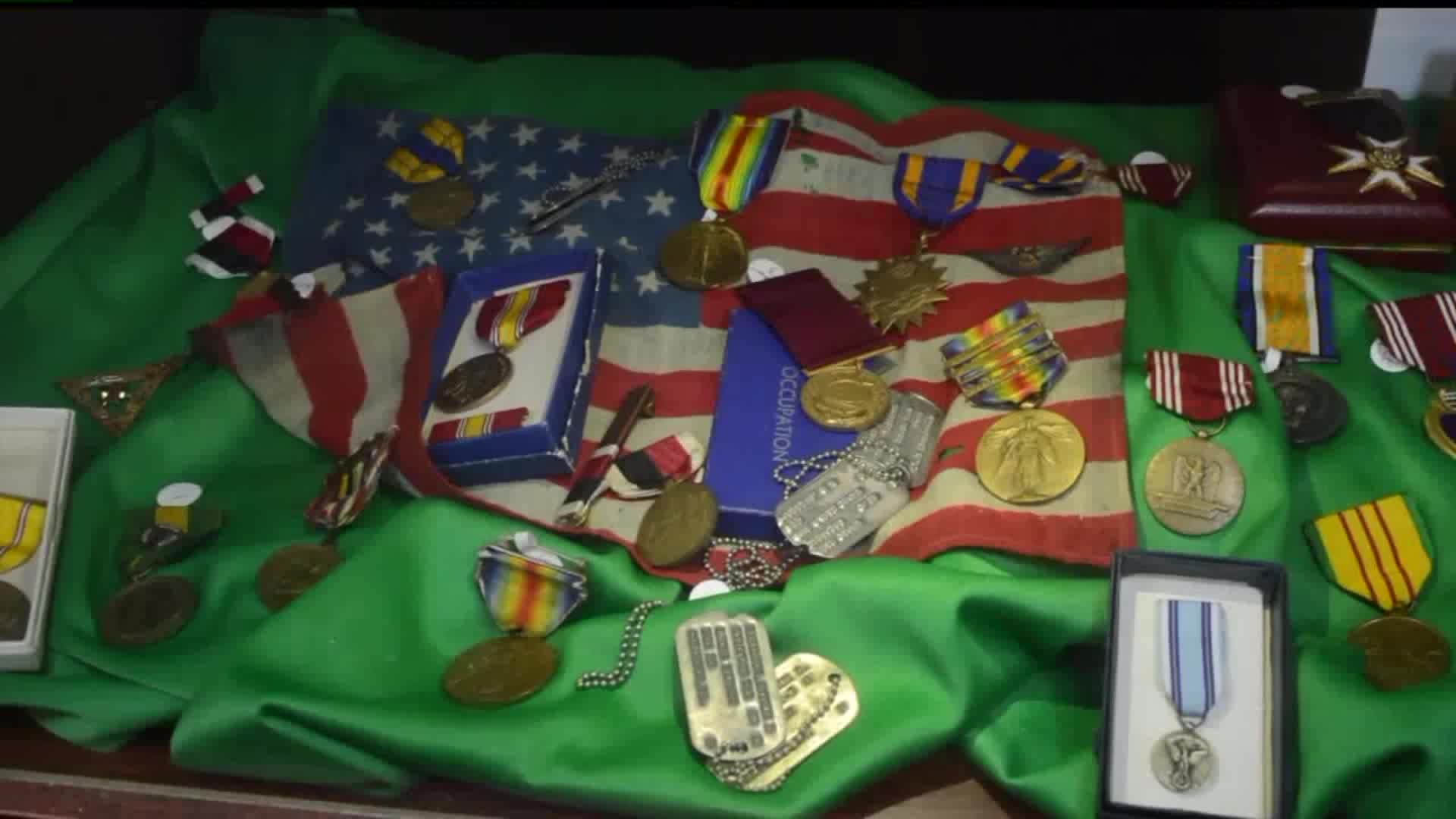 HARRISBURG, Pa. -- When Michael McCoy, Jr. was growing up, he and his father had a special bond, wrapped around a special saying.

A term of endearment, the same way sincerely, regards, or love is used when signing off a letter. "Always remember" uniquely belonged to the McCoys.

More than 30 years ago, Michael Sr. was in the Army when he received an Achievement Medal. In its casing, he wrote a simple message, addressed to his only child:

The plan was to give Michael Jr. the medal when he was older. Michael Sr. placed it in a safe deposit box at a local bank. He never saw it again.

However, banks close and move, and buildings are torn down. Michael Sr. says he never heard from the bank where he stored his medal. Over time, he started to lose hope he'd ever see it again.

The Pennsylvania State Treasury vault is home to the largest collection of unclaimed property in the commonwealth. Currently, the Treasury is in possession of more than $3.2 billion of material. However, its most valued items are also its most priceless. The Treasury vault holds more than 500 unclaimed war medals; Purple Hearts, Bronze Stars, Achievement Medals, dating back as far as World War II, belonging to veterans and their families.

When current Treasurer Joe Torsella took office in January 2017, he set a goal to find homes for every medal in his department's possession. However, one medal stood out, thanks to its personal message.

"This one has always been powerful to us because of the inscription and father-son bond it represents," Torsella said.

"We've got to find these people," Torsella remembers thinking. "This was the White Whale because that inscription got to me every time."

In October 2017, a crack in the case. A person who worked at a York County-based M&T Bank, who had a military background, found a savings bond check addressed to a Michael C. McCoy, Jr.

"NO ONE ELSE IT COULD BE"

Michael McCoy, Junior's wife originally picked up the phone. When he was read the message from the medal, he knew instantly.

"Alight bulb went off; that's definitely him," McCoy remembers. "There’s no one else it could be really."

Always remember. The line shared only by this father and son was the giveaway. However for Michael Jr., he never knew of any medal. His father never mentioned it to him after he stored it away. The message, though, was an instant connection to an upbringing that featured a strong fatherly bond, even if Michael Sr. wasn't always around.

The bond was so strong, Michael Jr. grew up a self-described "Army brat." He was an Eagle Scout, and then joined the Navy from 2003-2008, serving a tour with the Marines in Afghanistan during that time.

"I know both of us wish we had more time together, certainly trying to make up for that more now," Michael Junior said.

More than 30 years after Michael Sr. placed his medal in a safe deposit box, it was a returned in a small ceremony inside Joe Torsella's office.

Moments after Michael Sr. accepted his medal, he handed it over to his son.