MANCHESTER TOWNSHIP, Pa. — Authorities are looking for a 24-year-old man who opened fire on a police officer during a traffic stop in York County on Sunda... 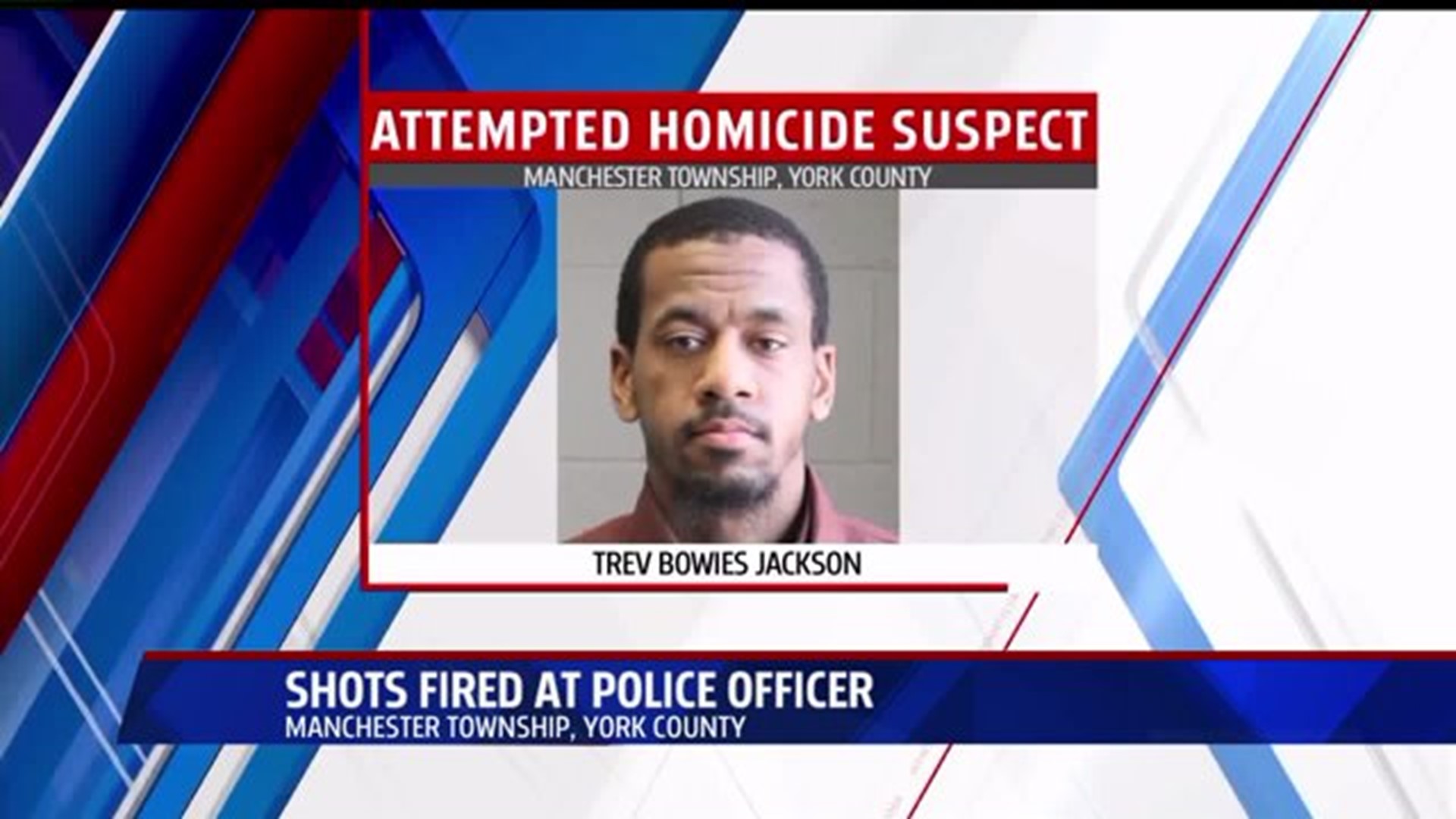 MANCHESTER TOWNSHIP, Pa. -- Authorities are looking for a 24-year-old man who opened fire on a police officer during a traffic stop in York County on Sunday night, according to police reports.

Trev Bowies Jackson, of York City, is charged with criminal attempted homicide, aggravated assault and recklessly endangering another person. A warrant has been issued for Jackson's arrest.

It happened in the parking lot of the Crossroads Shopping Center in Manchester Township around 10 p.m. Sunday.

A police officer with the Northern York County Regional Police Department stopped a green 1994 Buick sedan in the parking lot for suspected DUI. The officer noticed a strong smell of marijuana coming from the car and attempted to take the driver, later identified as Jackson, into custody.

During the arrest, Jackson pulled out a gun and fired three shots at the officer, according to police reports. The officer returned fire as Jackson jumped back into his car and sped away.

Jackson was last seen driving along Heidelberg Avenue towards the Susquehanna Trail.

The unidentified officer was not wounded in the shooting, but suffered minor injuries to his face.

Jackson remains at large and is considered armed and dangerous.  He is described as a black male, 5'7" in height and approximately 170 pounds. Jackson was last seen wearing blue jeans and a tan hooded jacket.